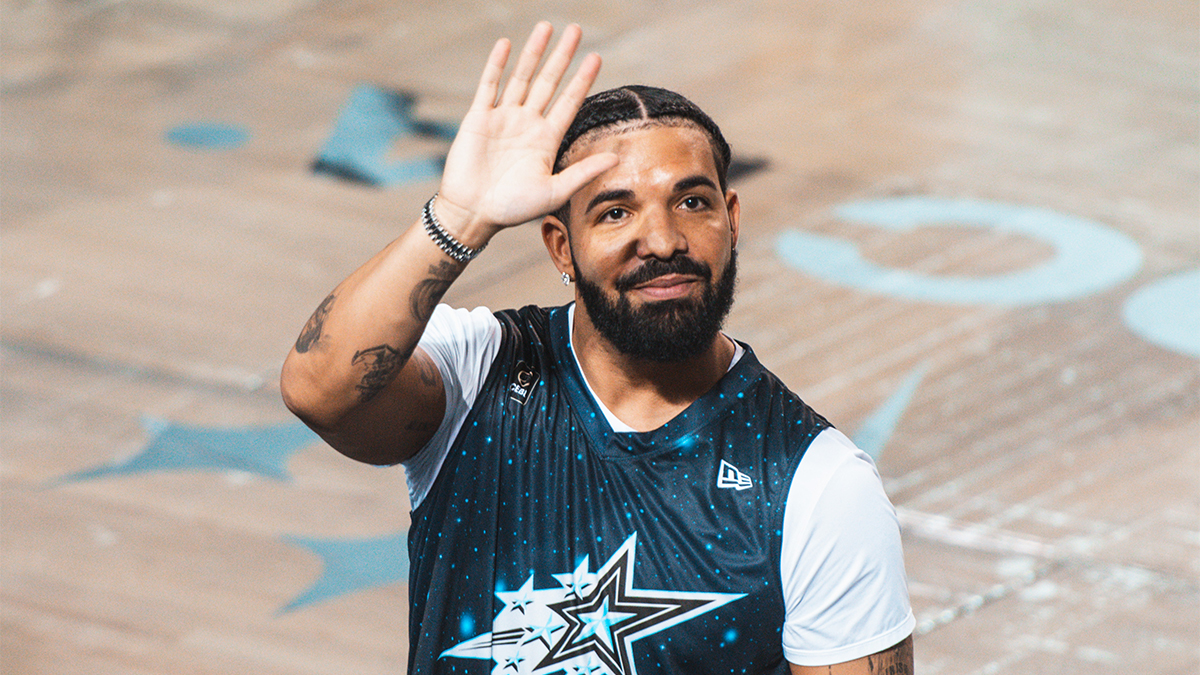 Drake has always been a massive supporter of J Cole, and this has not stopped with his recent ventures.

Drake was spotted on Saturday night in attendance at the Toronto Pan Am Sports Centre to see the Scarborough Shooting Stars vs. the Hamilton Honey Badgers. He was photographed courtside wearing J Cole’s jersey.

Unfortunately, the Shooting Stars got their third loss of the season, coming up short with a final score of 69-84.

J Cole signed his professional contract earlier this year with the Canadian Elite Basketball League. He made his professional basketball debut in May, playing for the Scarborough Shooting Stars. Unfortunately, Drake was unable to be in attendance in person for the first game of J Cole’s season. But made sure to show his support from home.

Drake took to Instagram during the first game to share a photo of J Cole on the court. In the caption, he stated that his “brother” had just checked into the game and that he was a legend.

Drake has always had a strong passion for basketball. He has been very open about his support for the Raptors, even being a global ambassador for the team since 2013. He is also known to have many close friends within the NBA. Additionally, Drake’s home in Toronto has a full-sized basketball court where he reportedly has pick-up games and practices with his son.

In this article:Basketball, Drake, J Cole
Up Next: