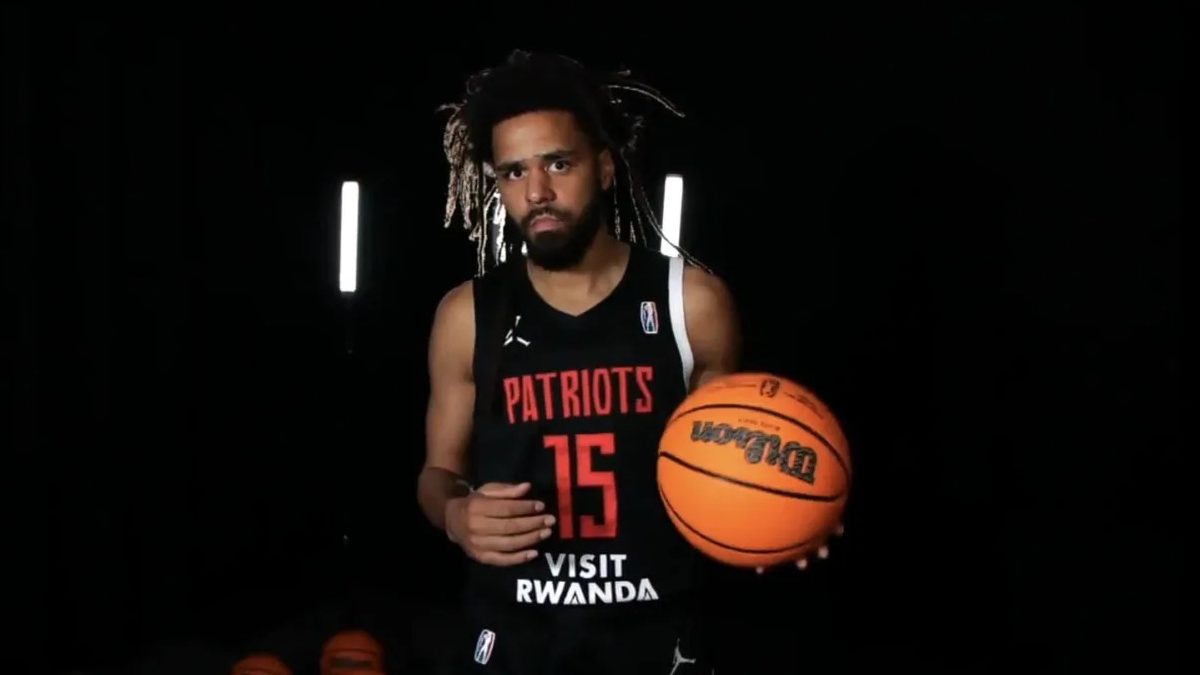 J Cole made his professional basketball debut on Thursday, May 26th. He plays for the Scarborough Shooting Stars in the Canadian Elite Basketball league. They opened up the season with a loss to Guelph Nighthawks by a score of 89-80. J Cole got 15 minutes of action and contributed 3 points, 1 rebound, and 1 assist.

J Cole shot 1/4 from the field, with all his shots coming from the 3. When his first 3 went down, the crowd went crazy.

Drake made it a priority to watch his boy J cole ball up in his professional basketball debut. He is good friends with the part-owner of J Cole’s team.

Drake took it to Instagram to show his brother some love. He wrote in his caption, “My brother just checked in.”

Drake was a big player in getting J Cole the contract in the Canadian Elite Basketball league. With Drake having a good relationship with the Scarborough Shooting Stars owner, Cole met Carino (Part-Owner) at Drake’s birthday party in Los Angeles. That night, Cole approached Carino and talked about potentially joining the team.

J Cole will be suiting up again on Sunday, May 29th, when the Shooting Stars face off against the Montreal Alliance at 4 pm local time. Congrats to J Cole on making his professional basketball debut.

In this article:Basketball, Drake, J Cole
Up Next:

DJ Express Is Living Out His Dreams