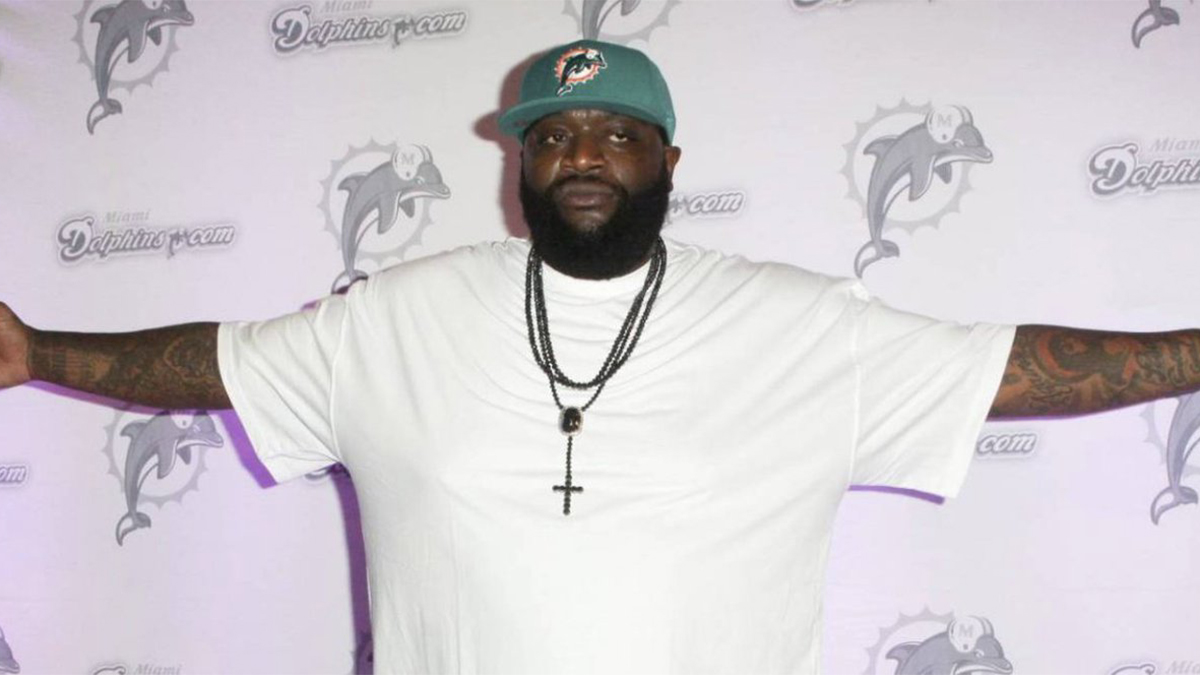 Rick Ross is heavily considering staking the Miami Dolphins. However, over the past week, he has clarified his interest across his social media platforms, including Twitter and Instagram.

He wants the professional football team to let him own 5 percent of the franchise. Taking it a step further, Rick Ross wants to become a knowledgeable asset to the players. He will do this by teaching them about financial literacy. He would be a great celebrity investor for his hometown team.

A video of him posted on Daily Loud’s Twitter page shows Ross at a Miami Dolphins training camp, and you can hear him say, “What’s on Rozay’s mind.” The celebrity explains, “The big asset I think I’m a bring to the team is financial literacy for the youngstas.” He goes on to mention, “I hate when I hear football players being criticized for their financial situation.”

On June 9th, Rick Ross linked up with Dolphins legend Dan Marino and Tyreek Hill while he was at the team’s OTA practice. Even though ownership talk may not have been brought up, Ross continues to support and build a connection with the NFL superstars.

Ross tweeted, “Should @MiamiDolphins sell me a 5% stake in the organization? If so, what would the upside be for both sides or vice versa??” on June 6th. The hip-hop legend is very adamant about this partnership.