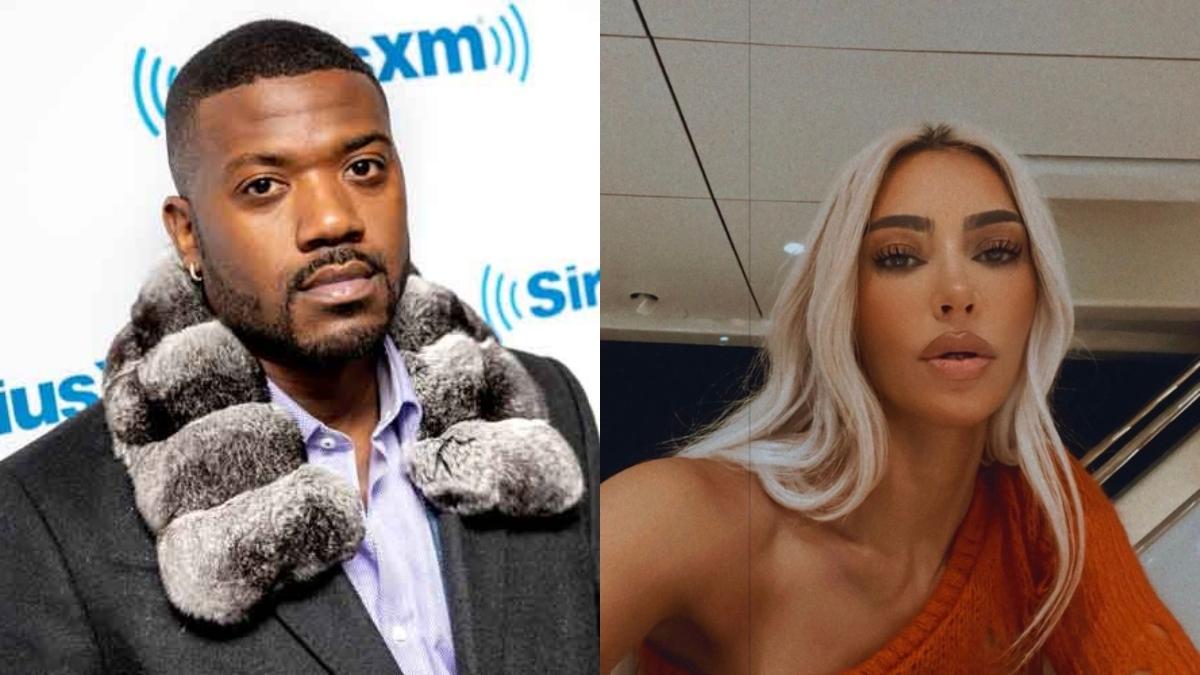 Ray J made himself a trending topic on Twitter over the weekend after he took to social media to share several Instagram posts proving that Kim Kardashian and her mother Kris Jenner were really behind the infamous sex tape leak between Kim K and Ray J.

On September 10th, Ray J addressed the infamous tape for several hours on Instagram live, which would later include several private messages between Kardashian, Kanye West, and himself.

In a DM sent to Kim K from April, Ray J wrote: “WHY ARE YOU PLAYING CAMES KIM – IVE BEEN NOTHING BUT A TEAM PLAYER – WE ALL HAD AN AGREEMENT – NOW YOU ARE TRYING TO DRAG MY NAME FOR YOUR NEW SHOW AND THAT AIN’T KOOL! IT FUCKS UP MY BUSINESS AND RELATIONSHIPS.”

“WHEN WE SAT DOWN WITH STEVE HIRSH AND YOUR MOM AND WE PLANNED ALL OF THIS TOGETHER NOW YOU REALLY ARE TAKING THIS LIKE TO THE NEXT LEVEL AND MAKING ME LOOK KRAZY. I DONT WANT TO EXPOSE THE REAL SHIT THAT WE DID BUT YOU ARE LEAVING ME NO CHOICE!”

J added: “YOU KNOW WHAT WE DID! YOUR MOM CONTROLLED THIS WHOLE SEX TAPE DEAL WITH JOE FRANCIS AND STEVE HIRCH – IT WAS HER IDEA TO PUT OUT THE TAPE WITH VIVID – ALL I DID WAS AGREE.”

Kim responded to Ray J by simply thanking him for returning the laptop with additional footage and also went on to explain that she wants to put the sex tape controversy behind her. However, the exchange between the pair grew increasingly contentious until Ray eventually lost it and started showing contracts between Vivid Entertainment (Hirsch’s adult film production company) and himself.

“I was just gonna handle this shit legally and just hit you in court and get what I deserve from all of y’all being foul and trying to defame me, trying to make me look bad,” he said. “We are going through receipts tonight. Everything that I got, Imma let them see.”

Ray J wrote in the caption: MY. SOUL HURTS — BUT GOD IS WORKING THIS OUT!!! — I GET EMOTIONAL BC I LOVE MY KIDS AND I CARE ABOUT WHAT RHEY THINK AND FEEL ABOUT ME IN THEIR LIFE!! — IT KILLS ME TO THINK THEY WOULD KEEP THIS INHUMANE , NO LOVE OR VALUE OF OTHERS EMOTIONS OR FAMILIES! — YOU THOUGHT YOU WON IT ALL!! — BUT YOU ARE ABOUT TO LOSE.”

Hours earlier, Ray J had alleged in another Instagram post mentioning a lie detector test that Kris Jenner took on The Late Show with James Corden to which she’s asked if the sex tape controversy was fake.

“THIS IS THE GUY THEY HAD GIVE KRIS JANKY THE LIE DETECTOR TEST — THE NETWORK SHOULD BE ASHAMED AND YOU SHOULD TOO @j_corden — ALL YALL GETTING SUED FOR PLAYING WITH THE TRUTH!” he wrote. “Click the link in my bio to see how fraud this guy is!! For real?? YOU ALL ARE IN TROUBLE!! THE KARTRASHIANS FUCKED YOU TOO!! Bc YOU REALLY THOUGHT THEY WERE TELLING THE TRUTH!! — BUT all OF IT IS A SHIT SHOW!! — WATCH ME EXPOSE THEM – SLOWLY AND FAST!!

In yet another Instagram video, Ray J continued his rant, stating that he intends to sue the Kardashians for defamation. Ray J also revealed that Kim’s soon to be ex husband Kanye West had reached out to him shortly after Wack 100 made a claim that there was a second sex tape of Kim and Ray, to which he ultimately corroborated.

It’s very clear that Ray J is very heated over the whole ordeal and is fully prepared to go to battle. He later wrote in a Instagram post: “YOU fuCked with THE WRONG BLACK MAN krisjenner @kimkardashian — I DONT GIVE A FUCK HOW OLD THIS SHIT IS!! WHAT YOU TRYING TO DO TO ME IS ALMOST INHUMANE AND FOUL AT THE HIGHEST LEVEL— FUCK THIS BEING JUST RACIST — THIS IS WRONG TO DO TO ANYBODY.

“YOU THINK YOU. CAN JUST FUCK PEOPLE OVER AND GET AWAY WITH IT FOREVER!!! THATS WHERE YOU ARE WRONG – I REPRESENT GODS ARMY!!! AND NOW ITS ABOUT TO BE A EASY WIN ON YOU DEVILS AND CON-ARTIST — YOU STOLE ALL THAT MONEY FROM MY MOM AND SISTER — OVER 800k and YOU HAD TO PAY IT BACK BECAUSE YOU WERE GUILTY AND THE JUDGE ORDERED IT!! —- YOU TRIED TO TO BURY THAT JUST LIKE YOUR TRYING TO BURY ME!!.”

He continued: “YOU NEVER SUED STEVE HIRSH FOR 5M BECAUSE WE ALL MADE THAT UP TOGETHER — IT WAS YOUR MOMS IDEA — YOU WANNA TAKE A FAKE LIE DETECTOR TEST WITH JOHN.GROJAN — ALL YOU GOTTA DO IS GOGGLE HIM AND LOOK AT WHAT COMES. UP! — CLOWN SHIT!! […] EVERYBODY IS GETTING SUED BC 4 DEFAMATION!!

Back in May, Ray spoke to The Daily Mail regarding the sex tape controversy and made similar claims about Jenner.

“I’ve never leaked anything,” he said. “I have never leaked a sex tape in my life. It has never been a leak. It’s always been a deal and a partnership between Kris Jenner and Kim and me and we’ve always been partners since the beginning of this thing.”

In this article:Kanye West, Kim Kardashian, Kris Jenner, Ray J
Up Next: