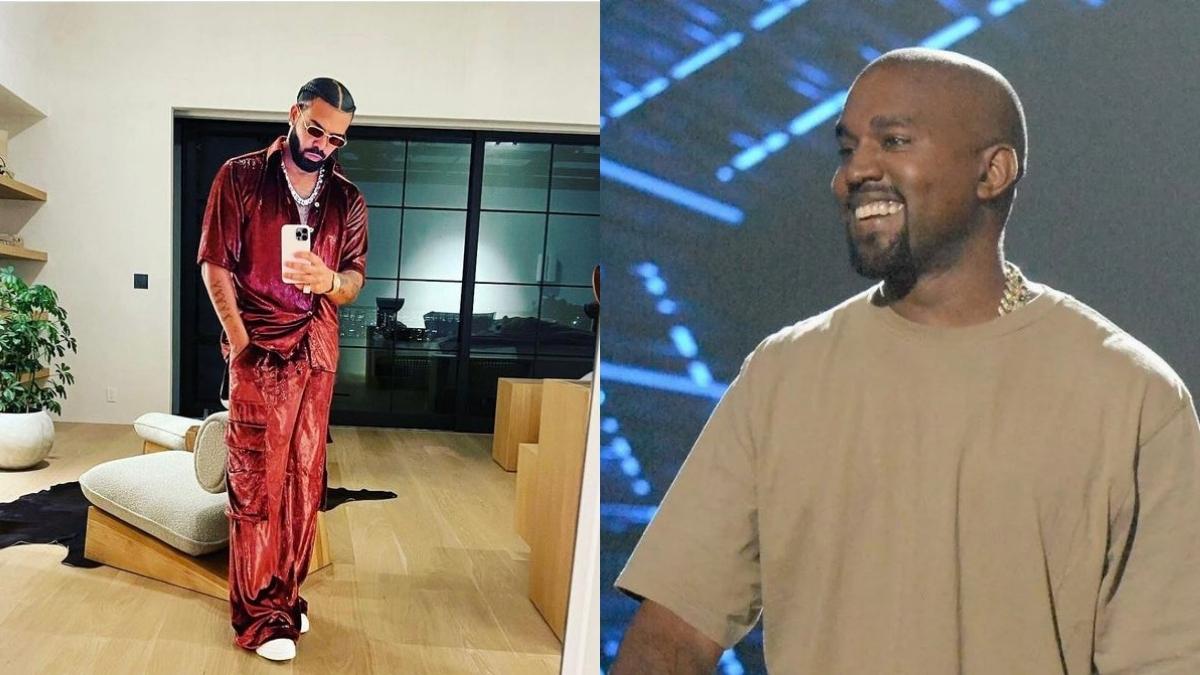 Even though Drake and Kanye don’t have beef anymore, Drake joked about Kanye at the Nike Maxim Awards. The Toronto superstar hosted Nike’s Just Do It Day event on Thursday at the Nike campus in Beaverton, Oregon. He welcomed everyone and then took the stage. During the Nike HQ monologue Drake commented on the Ye and Adidas dispute. Drake said that partnership with Nike has been, “really truly an honor.” He then also took the opportunity to roast Ye during it by also saying, “And when you put things into perspective, you know, Adidas has Kanye — I think.”

In this part, Drizzy shouts out some of Nike’s most well-known advocates, one of them being Virgil Abloh who recently passed away. He said, “At Nike, we have Lebron James, Kevin Durant, Giannis [Antetokounmpo], Michael Jordan; the greatest creative mind of all time, Virgil Abloh. Rest in peace.”

Drake’s comments come after Kanye West said last week that he thought he had won his fight against Adidas. On Monday, Swizz Beatz called for a boycott of Adidas. Finally, Ye shared some posts on Instagram that made it look like he was done fighting.

Kanye said on Instagram, “I COULD HEAR THE JOY IN MY TEAMS VOICES TODAY.” He said, “ADIDAS DON’T WANT NO MORE SMOKE. THE MOVIE CREDIT’S ARE ROLLING. THIS WAR WASN’T ABOUT MONEY. IT WAS ABOUT CONTROL OF OUR FAMILIES. OF OUR BUSINESSES, OF OUR STORY. OF OUR VOICE. I GAVE THEM THE OPPORTUNITY TO SETTLE THIS QUIETLY. NOW IT’S TIME FOR GAP :)”

Drake had Travis Scott perform at the end of the event.

In this article:Drake, Kanye West, Travis Scott
Up Next: