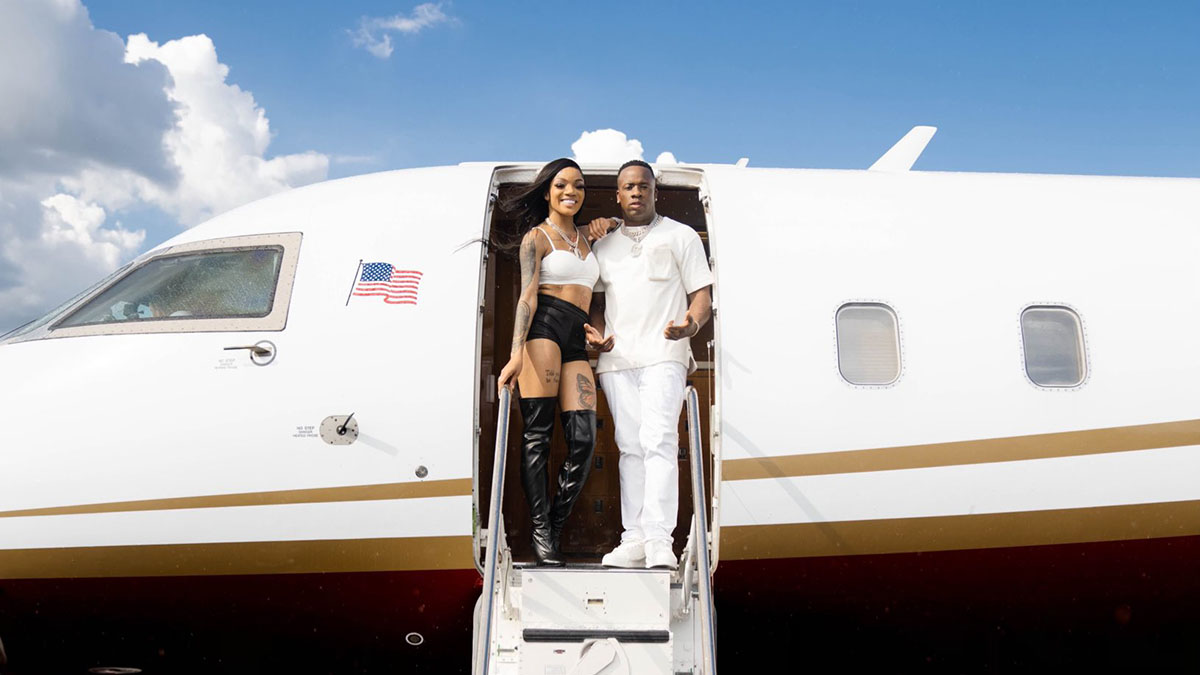 Rapper GloRilla Gets Signed By Yo Gotti To His Label, CMG Records

The monster smash “FNF (Let’s Go)” by Hitkidd and GloRilla is unquestionably on the radar of fans of turnt-up, unbridled Southern crunk rap. The record was released in May and has over 30 million listens to date. It is widely regarded as the biggest hit of the summer. To add fuel to the fire, the Bay Area artist Saweetie, hinted at a forthcoming remix and lent her influence to what has now grown into an unstoppable music moment. Continuing to take GloRilla to new heights, the song has officially led to the CMG Records deal for the rising Memphis star.

Yo Gotti, the head of CMG Records and the rapper responsible for massively popular viral hits like “Down In The DM” and “Rake It Up,” revealed that he had signed GloRilla to his label. The announcement came in a video Tweet that featured GloRilla and her friends celebrating on a private jet. She signed the contract to formalize their creative partnership. The video shows the Memphis rapper and crew dancing with huge stacks of hundred-dollar bills. Easily surpassing a total of $100,000. And that’s most likely a conservative understatement.

Yo Gotti was quoted regarding the signing, “GloRilla is a natural born star. She has a different sound and approach that’s needed in hip-hop right now. It’s one of the quickest rises that I’ve seen in my career. She only dropped in late April and now she has the hottest cultural records in music. Glo is hungry for success and determined to win. We look forward to watching her grow as an artist and reach her full potential.”

Reflecting on the career move, GloRilla shares, “I’ve put in years of hard work to get this point and I’m blessed to sign with the hottest label in music with CMG. I manifested this moment and trusted my talent even when others didn’t. I’m grateful for Gotti for believing in me and I’m not gonna let up. Trust that I have more new heat on the way.”

She is not overstating. CMG is also the base for a number of rap’s hottest up-and-coming artists. Moneybagg Yo, 42 Dugg, and EST Gee, all of which have enjoyed enormous success in the past two years with their debuts, follow-ups to their debuts, or collaborative efforts conceived by Yo Gotti. In the upcoming months, GloRilla should be on the charts a lot more frequently. This will happen if the trend continues and all goes as planned.

In this article:42 Dugg, CMG Records, GloRilla, Moneybagg Yo, Yo Gotti
Up Next: