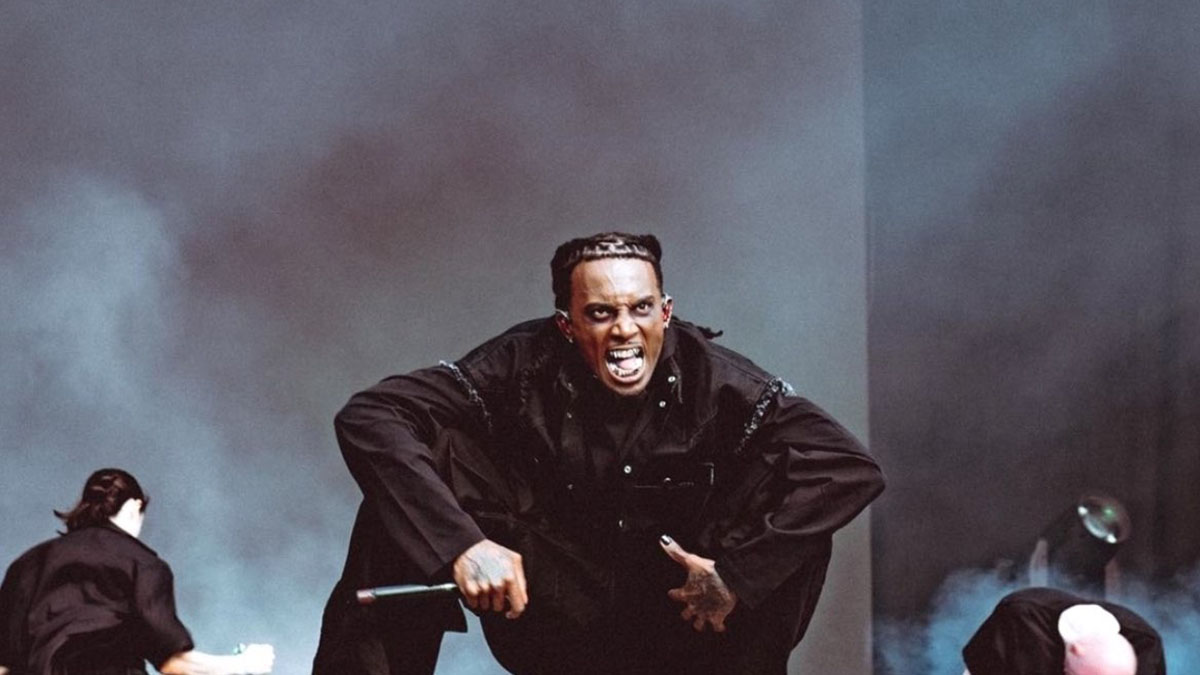 The “2022 Openair Frauenfeld Festival” in Switzerland was on July 6th where Playboi Carti who is known for getting physical with those he shares the stage with applied a bit of a softer touch this time around.

A viral clip from Playboi Carti’s performance at the festival showed him wrestling security off a pair of fans. They somehow made their way onto the stage.

When a second festival goer appeared on stage, Playboi Carti who was wearing a black cap, Balenciago T-shirt, and Joker makeup walked over and gave him a hug. Just when the security guard looked like he was talking him off stage, Carti kissed the fan on the face. Making his way back to the stage, Carti is seen in the video dapping up another fan along the way.

Fan safety certainly appeared to be a priority for Playboi Carti at Openair Frauenfeld. Another clip from his set captured him pausing the show to pass a bottle of water to thirsty fans in the crowd.

Playboi Carti who dated Iggy Azalea for over 2 years and helped her bring there 2 year old son into this world. Carti shared his views on being “sexually fluid”. He said, “I love everybody. I don’t judge nobody, I have gay friends, I have trans friends, you know what I’m saying? I don’t give a damn and everyone knows that”.

Playboi talks about his sexuality:

As his freedom of expression has raised questions about his sexuality he briefly touched on it while speaking with Highsnobiety last year.

“I’m not going out my way to have people like, ‘Oh what the fuck’s Carti on? Is he gay, or is he trolling?’ No, bro. I don’t give a fuck. I’m being myself. I hate that I waited so long to be myself. I wish I came in like this.”

He followed it up with, “But if you look at my career you see little signs of that shit. Even if I wasn’t wearing all black and all that shit, I always had a glimpse of this. ‘Oh yeah, bro out here, he on some whole other shit’. It’s always been me. From the moment I came into this game. You know what I’m saying”. Adding “If the world’s going right, I’m gonna go left. If your cross is straight, then I’m gonna put my shit upside down. If you hate cigarettes, then I’m gonna smoke as many as I can. I’m anti-everything.”

In this article:Festival, Playboi Carti
Up Next:

Ray J Had More Than One Wish for His Leg: Brandy Tattoo