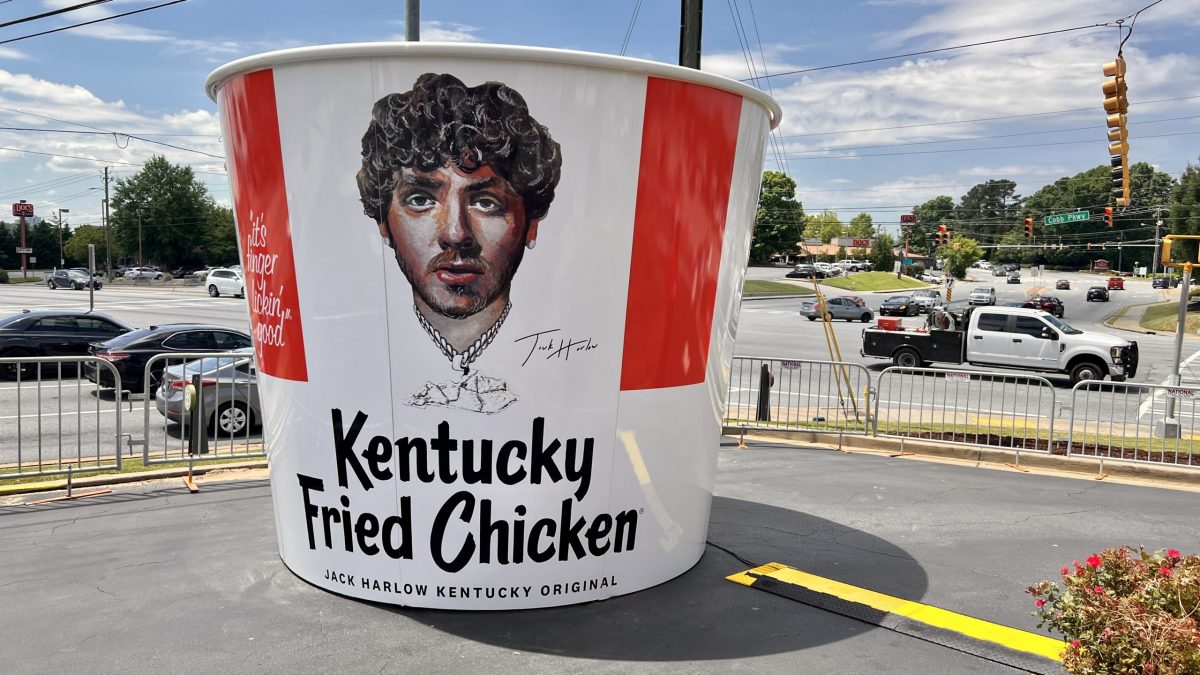 Jack Harlow, a Louisville native, has recently announced a partnership with the popular food chain KFC. The announcement was made recently that Kentucky Fried Chicken will be releasing a limited-edition meal with Jack Harlow. It started being distributed in locations across the United States on June 6th.

Jack Harlow explained that he is having a very blessed summer as he recently released his hit album “Come Home The Kids Miss You”. This came right before this Kentucky Fried Chicken collaboration. Harlow explains he put a personal touch into his KFC meal bringing in some childhood favorites. His meal includes the KFC mac and cheese, the spicy chicken sandwich, a side of ranch, the secret recipe fries, and a lemonade. The meal also comes in a special packaging that is created by Jack Harlow himself.

Back in March, Jack Harlow was able to get a tour of the KFC headquarters in his hometown of Louisville. During the tour, he was able to get exclusive behind-the-scenes looks at the ins and outs. This helped with the creation of classic meals.

Harlow also teamed up with Kentucky Fried Chicken in December. The team donated $250,000 to the American Red Cross focused on helping aid victims and survivors of the tornado that devastated Kentucky.

Finally, there is reportedly much more coming from the Harlow and KFC partnership throughout the upcoming year.

In this article:Jack Harlow, KFC, Partnership
Up Next: