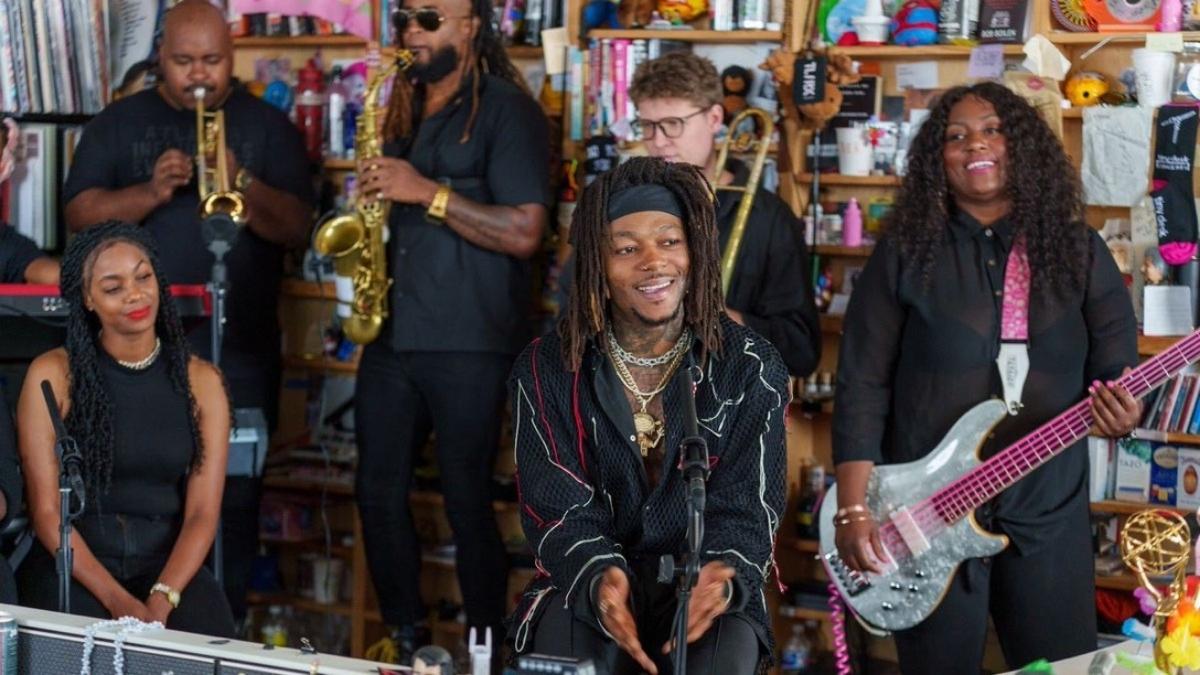 J.I.D made his Tiny Desk Concert debut this week for NPR, playing a medley of seven songs from his discography.

The East Atlanta resident kicked off his performance on Thursday (September 8) with “Galaxy,” from his new album The Forever Story, and jumped to “Workin Out” and “Off da Zoinkys” by DiCaprio 2. Following that, he time-traveled to a song that is vital to the J.I.D eco-system, The Never Story’s “Never.”

The Forever Story album track “Surround Sound” and the family-rooted “Kody Blu 31” rounded out his set.

As if to underscore the importance of “cutting the Usher tension”, J.I.D mimicked the R&B legend’s best dance move in his June viral Tiny Desk.

Prior to the last song he joked, “I’m doing a little bit more singing on here so I’m asking you to bear with me, but if I don’t, then everybody’s nipples in here gonna get real hard because it’s gonna be really great.”

He revealed in a recent interview with Apple Music that the opening 20 seconds of “Kody Blu 31” were sampled from the funeral of J.I.D’s grandmother.

In his reply to Ebro Darden, he stated, “I have the actual footage… I’m sitting there crying, holding the phone, recording this, because I know it’s a big moment. A couple years before that, we lost my other grandma on my mother’s side. This is my dad’s mother we lost. Recording this, my dad is singing his heart out on this recording.”

Further, he said: “At the beginning of the song, if you listen to it, the first 15, 20 seconds, you could hear my whole family singing. You could hear my momma say, ‘Thank you, Lord.’ It’s super powerful, and it’s just literally about keep pushing through. The song is saying, ‘Swing on, swing on.’ It’s a choir-type feel. My family is all over the album.”

With just under 31,000 total album-equivalent units sold, The Forever Story debuted at No. 12 on the Billboard. As for what’s next on the music side, J.I.D has his eyes set on a Gangsta Grillz mixtape helmed by DJ Drama.