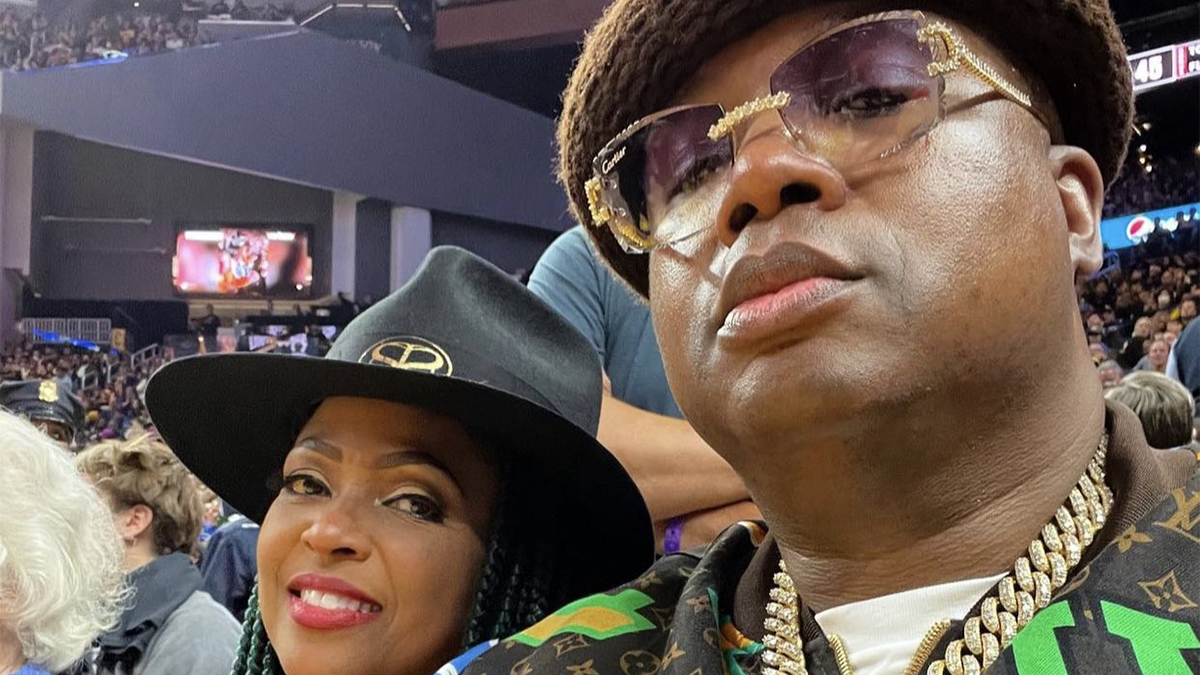 Known for having more “ya-yo” in his swagger than the usual MC, E-40 has established a strong reputation as a Bay Area Hip Hop icon. The busy musician has a full schedule and is now a member of Mt. Westmore, a group that also has Snoop Dogg, Too $hort, and Ice Cube, three other legendary rappers. Despite a non-stop work style, he made sure to set aside some time on June 22nd to commemorate his wedding anniversary.

Forty Water posted a number of historical pictures with some more recent ones on Instagram to demonstrate the couple’s long-standing relationship. He stated in the caption that he has been married to Tracy Stevens since 1991.

A time to celebrate E-40 and his wife Tracy:

The two first laid fond eyes upon each other in high school. Back in 2013, when asked about the relationship during an interview, he shared that the crucial foundation of their marriage lies in open communication and common interests.

Keys to a solid marriage:

“It’s always good when two people like the same things,” E-40 stated. “The conversation has to naturally happen. That’s when you get into ‘what you like’ and ‘what are you into’. me and her we love bowling, me and my wife. Any relationship, I’m talking about even with your kids, when you got something they can relate to – both of y’all – it helps. Otherwise, it’s going to be like ‘What’s up, what’s up’.

“Am I lying though? It’s good to adjust to each other liking because you might like something that she don’t like and vice versa. Communication keeps everything cool. Not holding anything back, you got to tell each other what’s on your mind, that’s really it. Otherwise, when one gets mad at one, it can burst and you just let it out and it can just come out wrong […] We met in high school but we really met in junior high. I like her [Tracy] since the 8th grade.”

Similar to E-40 and his wife Tracy, another Mt. Westmore member, Snoop Dogg, celebrated his wedding anniversary in recent weeks with Shante Broadus. Snoop and his wife have multiple children together and their relationship also dates back to high school.

In this article:E-40, Snoop Dogg
Up Next: