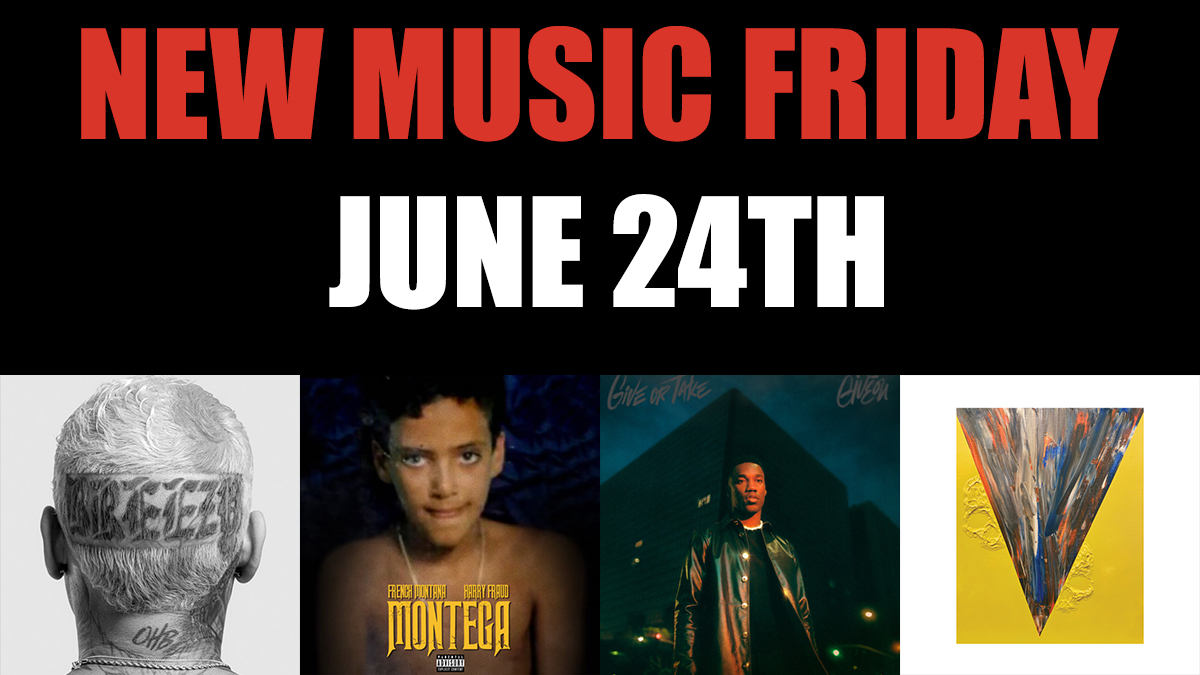 It is that time of the year again. Big-time artists beginning to drop some new projects for the summer season. This week’s version of Hip Hop Today New Music Friday June 24th (Albums) has some big time players. Artists such as Chris Brown, Lupe Fiasco, Lil Durk, French Montana, Giveon, and Roddy Ricch.

Give a listen to this week’s New Music Friday Albums released on Friday, June 24th below!

Lupe Fiasco dropped his 8th studio album ‘Drill Music In Zion’. In the album he is trying to look into the future and also reflects on the past. Lupe’s first album ‘Food & Liquor’ was released 15 years ago.

Lupe had a goal to record and complete this 10-track album within 24 hours. 72 or so hours later, ‘Drill Music In Zion’ was completed. It is truly an amazing accomplishment to finish a 10-track album in less than 72 hours. “Your whole life you’re physically growing, and as an artist, I feel like I’m taller now,” Lupe said in a statement. “Soundtrakk is the swordmaker, I’m the samurai, he’s the mechanic, and I’m the driver.”

Chris Brown went on a 3-year hiatus from his last multi-platinum album ‘Indigo’. Brown’s fans have been waiting for him to put out a new project. Chris Brown has been getting his name out there the last few months leading up to this release. News broke about a potential collab with Beyonce. In addition to that, Brown revealed that Diddy passed up on the opportunity to sign him.

‘Breezy’ is expected to be the biggest release of the year. When all said is and done, this album will have 57-tracks between the standard and deluxe edition versions. The standard edition includes 24 songs featuring artists like Ella Mai, Lil Baby, EST Mai, and Lil Wayne.

Ever since doing a collab with Drake, Giveon started creating some buzz for himself. ‘Chicago Freestyle’ a Drake and Giveon, fan-favorite put Giveon on the map.

Giveon, who is signed by Epic Records, captured 687 million streams on his hit ‘Heartbreak Anniversary’. Giveon is ready to give the people what they wanted with this album. ‘Give or Take’ is a 15-track project that will be set off on tour in mid-August and goes through late October.

There’s no doubt about the degree of consistency that French Montana and Harry Fraud have maintained throughout their long and successful careers so far.

Harry Fraud has produced outstanding album arrangements for artists like Benny The Butcher, Jim Jones, Dave East, and Curren$y. Also, French Montana continues to release songs that are radio-ready every year. Releases like his 2021 hit ‘They Got Amnesia’.

Back in March, he released the ‘7220’ which debuted at No. 1 on the Billboard 200. Durk racked up 120,500 units sold in the first week of the release. Lil Durk has made it a priority to be a leader in Chicago and recently launched an HBCU college program through his foundation “Neighborhood Heroes Foundation”.

Lil Durk has been following through with his promises to his fans by releasing music frequently. Artists making an appearance on the deluxe edition are Moneybagg Yo, Doodie Lo, and A Boogie Wit Da Hoodie. Lil Durk’s tour starts in September.

Roddy Ricch has had an interesting start to his summer of 2022. Roddy made an appearance at Hot 97 Summer Jam where he was arrested with weapon charges. Also, Roddy has been selected as a supporting piece to Post Malone’s upcoming tour ‘Twelve Carat Toothache Tour’. The tour begins on September 10th in Omaha, Nebraska.