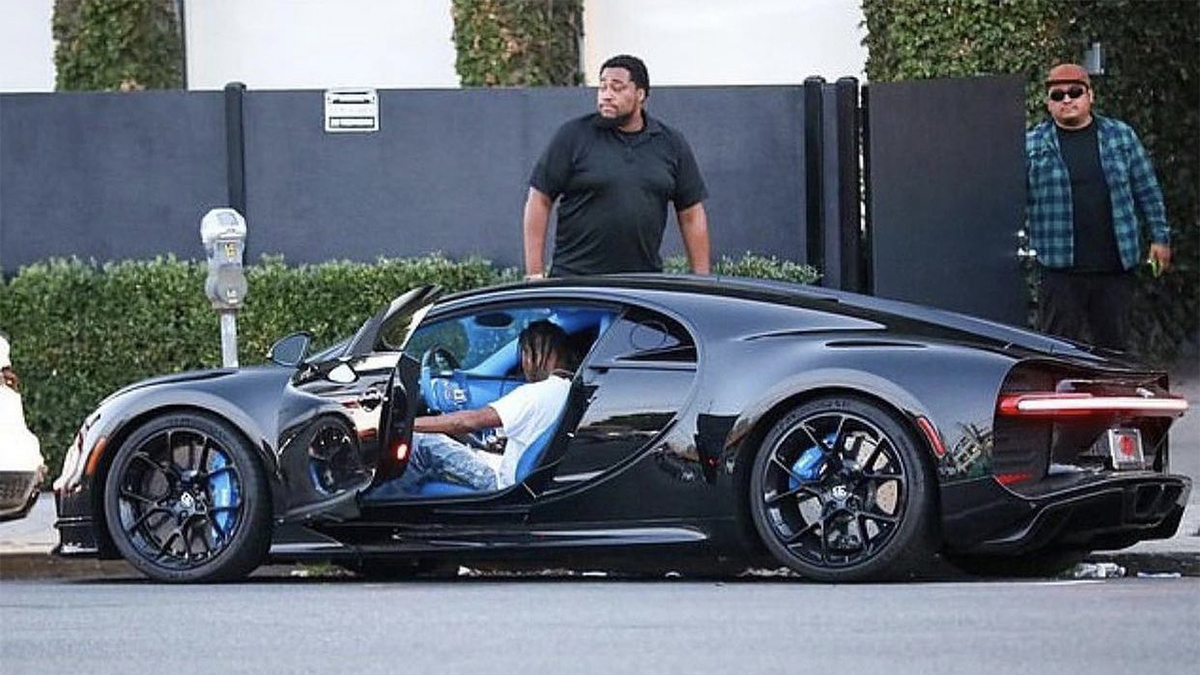 We all have our vices, and it’s becoming more apparent that Travis Scott’s vice is exotic sports cars. Travis Scott adds to his fleet, copping a Bugatti Veyron Chiron Super Sport. It’s safe to say Travis Scott’s love for exotic whips is bordering on addiction.

Travis Scott was photographed by TMZ taking a ride in the Bugatti, which experts have estimated is worth north of $5.5 million after getting a look into the detailed custom package Scott requested. Scott’s model is one of only 30 Bugatti cars matching that specific model on the road right now. Making it a very rare purchase.

On Tuesday (June 21st), Travis posted an Instagram story showing the view from the driver’s seat and the blue-minted interior. Unfortunately, we are still unsure if this is the same Bugatti he gifted himself for his 29th birthday in 2020.

There is allegedly a Lamborghini Travis has been eyeing. However, he has slowed down on adding cars to the collection.

“At this point, I can say that I would be getting super, super detailed to the vehicle because I think I have a mix of all the sports cars I’ve ever wanted”. Travis said when asked by L’Officiel Hommes about his dream car. “There is this Lambo that’s looks like fucking Batman, but I’m not going to lie to you… it’s like $14 million.”

Scott still facing lawsuits from his concert in November:

Travis Scott is intent on getting his life and career back on track, with billions of dollars in lawsuits looming over his head due to the events that unfolded at his Astroworld Festival.

Scott most recently hopped on Southsides “Hold That Heat” with Future in late April and is set to make his return to the festival stage at Day N Vegas, where he is headlining in September.