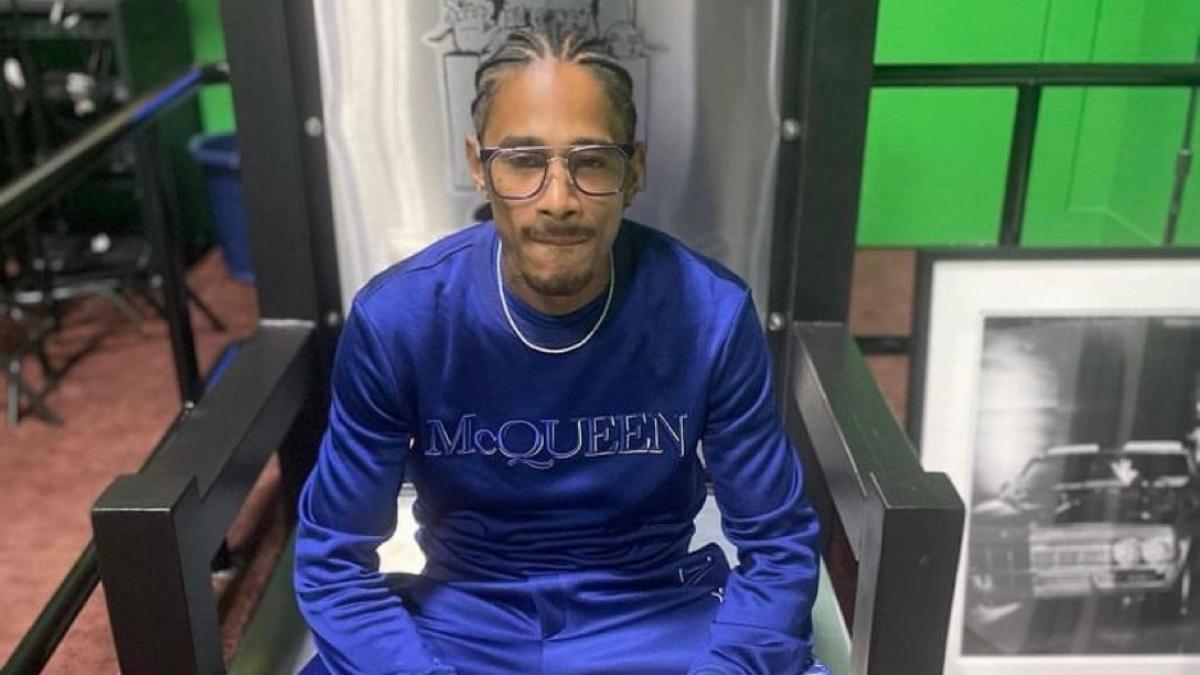 It was tragic to lose Layzie Bone‘s mother earlier this month, on September 6, who was affectionately known as “Ma P.”

A pair of photos from her funeral were shared to Instagram on Tuesday by the Bone Thugs-n-Harmony OG. As you can see in one image, Krayzie Bone is behind the casket, and in another, Layzie is standing with Flesh-n-Bone.

In the caption, Layzie writes: “My Mom was a beacon of light she touched so many of y’all. Family, Friends & Fans alike. If you knew Ma P she loved you UNCONDITIONALLY. she didn’t judge you like this world does she had a way of appreciating your natural qualities.”

“My Momma was dope Af she gave y’all Bone. She allowed us to have Howse Parties and practice in her crib with no restrictions, she gave y’all BTNH. I thought I was the glue to this thing called Bone because I listened to people tell me that. Truth is Ma P which is MAP backwards was the glue that held all of it together.”

The rapper described Ma P as his “Queen” while recalling that she was only 66 years old at the time of her passing. He goes on to say: “I appreciate her 66 years of Brick Howse thuggin cause she made her sons and a host of others relentless.”

“In her name along with Jesus I smash on. Y’all better watch out. NO WEAPONS FORMED AGAINST ME SHALL PROSPER.”

On the day of her passing, Layzie talked about Ma P’s vivacious personality and posted several photos of her on his Instagram. The “saddest day” of his life was also September 6, according to a letter he wrote.

He captioned: “Mama P and her 3, If you knew this lady you know she was lit and didn’t take no shit. She was lit and living last night having fun moving around with baby bro this morning just fine and all of a sudden here we are.”

As another Hip Hop legend who has lost her mother in the past few years, Layzie Bone is the most recent to suffer. The death of Daz Dillinger’s mother took place in February 2021, and Snoop Dogg‘s mother, Beverly Tate, passed away in October 2021.

Snoop also posted on Instagram addressing his mothers passing: “Thank u god for giving me an angel for a mother. TWMA [Til we meet again].”

It had been almost two years since DJ Premier’s father passed away. He lost his mother in June 2020. Sharing his thoughts on Instagram, he said, “My Angel Just Got Her Wings…I’m So Glad I Made It Here To Say Goodbye…The Caretakers Love You So Much That They Just Did Your Nails and Feet Before Your Last Breath…That’s How A Queen Gets Handled.

He ended the caption with: “I LOVE YOU MOMMA…91 YEARS OF LOVE…YOU DID THE DAMN THANG! DADDY IS WAITIN FOR YOU!”

Lloyd Banks spoke out during this tragedy on how Layzie Bone was a huge influence on him. A few days later, Layzie responded in kind to Banks’ praise for him.

A tribute to Lloyd, 47, was one of the reasons for Banks’ “Lazy Lloyd” nickname and tattoos, which he explained on the Rap Radar podcast.

Lloyd said in the podcast interview, “To be honest with you, it came from Layzie Bone.  I never told anybody that, except for him.”

In response, B.Dot asked Banks if he ever wanted to join the legendary group, and his response was: “Everybody did. Don’t sit here and act like… c’mon, man.”

As a response to the props, Layzie Bone shared a still from the interview on Instagram Stories, writing: “What a honor.”

Layzie Bone and his family are in HipHop Today’s thoughts and prayers at this difficult time.

In this article:Bone Thugs, Layzie Bone, Lloyd Banks, Snoop Dogg
Up Next: