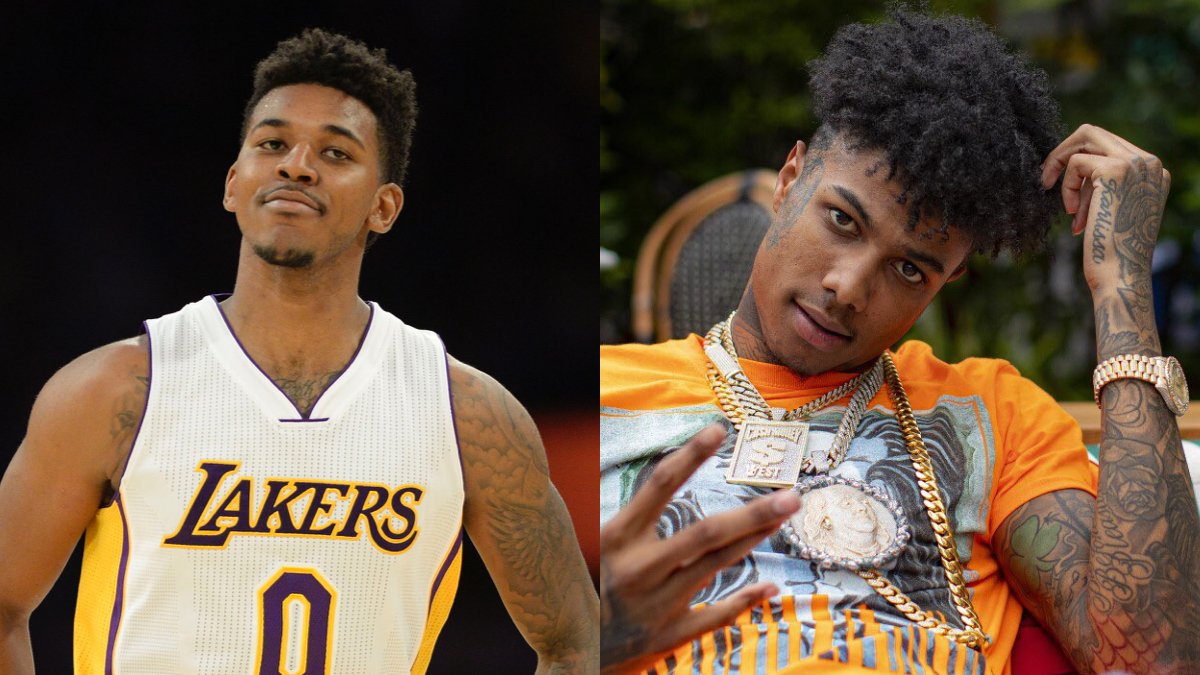 Though Blueface bailed on his celebrity boxing match against Nick Young, the insults are still being exchanged. On Tuesday, the California State Athletic Commission denied the Los Angeles rapper a professional boxing license, according to TMZ. The commission told Blueface in a letter that he won’t get his application approved until he goes to see the organization in October.

Promoters are scrambling to find a last-minute replacement for the card, which is headlined by YouTubers Austin McBroom and AnEsonGib, after the “Thotiana” rapper was scheduled to fight Swaggy P at L.A.’s Banc of California Stadium on September 10th.

Nick Young, who played for the Denver Nuggets in 2018, reacted to the news about Blueface by making a joke about how he’s always violent with his girlfriend Chrisean Rock.

Nick Young took to Instagram to say the following about the situation, “He too busy getting his ass whoop[ed] outside the ring so who wanna take his place?” He also added in an interview with TMZ the following, “He been getting knocked out by his girl every day so I think that kinda steered him away from me, kinda scared probably … I think Blueface is too in love right now.”

Postponements have been a recurring problem throughout Blueface’s fighting career. He was supposed to fight Nick Young and professional gamer FaZe Temperrr, but both fights were canceled.

A few weeks before, the couple got filmed while they were fighting physically on a Hollywood street. They both hit each other, but not badly. The police are looking into it. Blueface’s ex-girlfriend Jaidyn Alexis gave birth to a baby girl in August.

In this article:blueface, Chrisean Rock, Nick Young
Up Next: