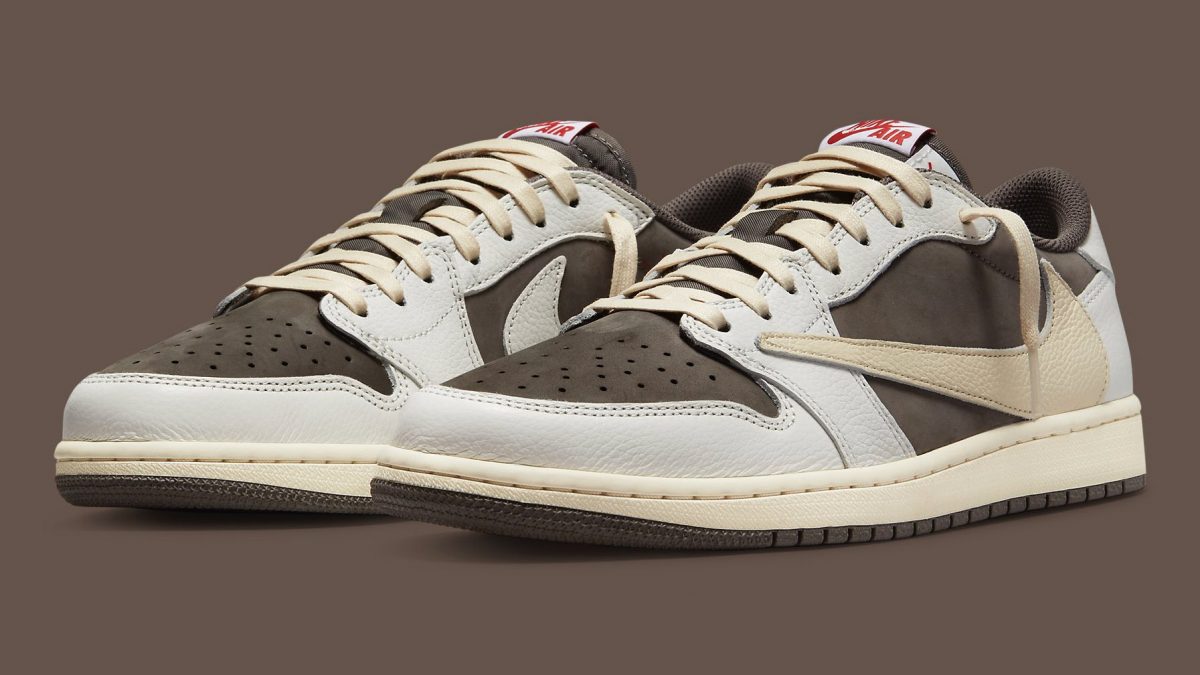 Travis Scott’s new Air Jordan 1 “Reverse Mocha” shoes will be launching in just a few weeks. The set release date is July 21st. Many fans are preparing their best efforts to secure a pair when they hit the SNKRS App.

However, two lucky fans in Hollywood no longer have to worry about the SNKRS app after being blessed the other night (June 23rd). As Travis was leaving TAO after an event, he stopped his car and decided to gift two fans with a pair of shoes he wore, according to TMZ. The shoes were confirmed to be the new Jordan 1 “Reverse Mochas” that are set to drop soon.

Travis Scott will be launching many more shoes this year:

Travis Scott is expected to be dropping many more sneakers this year. He recently renewed his working relationship with Jumpman. Travis Scott has been getting a significant amount of recognition regarding his involvement in the sneaker world lately. His upcoming Jordan 1 release will be another milestone for the artist to add to his accolades.

Travis Scott solidified his establishment in the music industry back in 2018 after dropping “Astroworld”. “Astroworld” had collaborations from several musical legends such as Drake, Nav, and Don Toliver. Although there is no set release date for it, Travis’ highly anticipated “Utopia” project is set to be dropping this year as his fourth studio album.

In this article:Business, Travis Scott
Up Next:

Kendrick and Pusha T Going For Album Of The Year