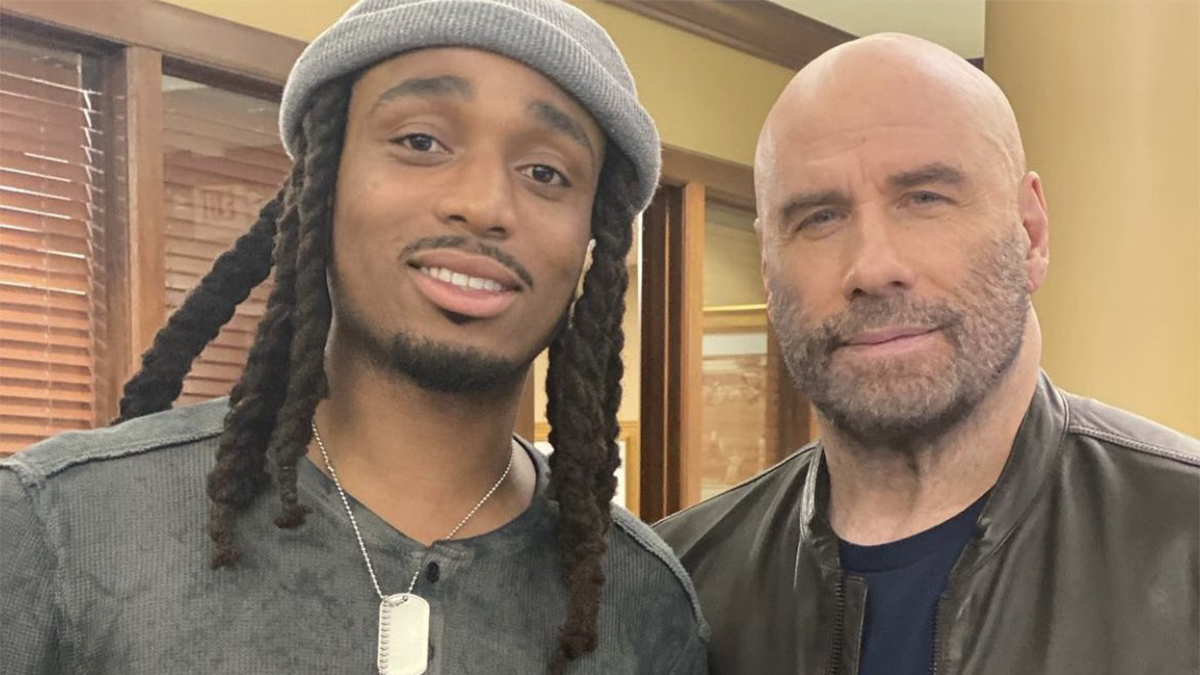 Hip Hop star Quavo, part of the legendary Migos group, continues to elevate his acting resume during his free time from music. The Atlanta native will be premiering in the upcoming thriller movie Cash Out. On Monday, June 13th, Quavo took to Instagram to share his picture with the one and only John Travolta.

The post included two photos displayed as a slideshow. The first one was him and Travolta standing alongside each other. And the second showed two directing chairs with their names printed on them. Quavo captioned it “Huncho Travolta,” as both Tory Lanez and Ludacris commented, showing their support.

Cash Out: The Movie

As an upcoming bank heist thriller, Cash Out will be directed by Randall Emmett. Who actually helped produce popular movies such as 2 Guns and Lone Survivor.

Although no one quite knows what Huncho’s role in the movie will be, some recently released footage shows him dealing with law enforcement in more than one scene.

Cash Out is currently being filmed in Columbus, Georgie, with no release date determined. The movie will also star Kristin Davis (Sex and the City) and Noel Gugliemi (Training Day).

The Quality Control Music star has previously been a part of the film industry and will continue to pave the way for himself. He was seen in the hit Netflix series Narcos and will be a part of at least two more movies, including Wash Me in The River with Robert De Niro and Takeover.

Although his Hollywood dreams are quickly coming to life, he has not let this slow down his music career. Last month, Quavo and Takeoff dropped their hit single “HOTEL LOBBY.”

In this article:John Travolta, Movie, Quavo
Up Next:

Gunna Writes Open Letter To His Fans Behind Bars