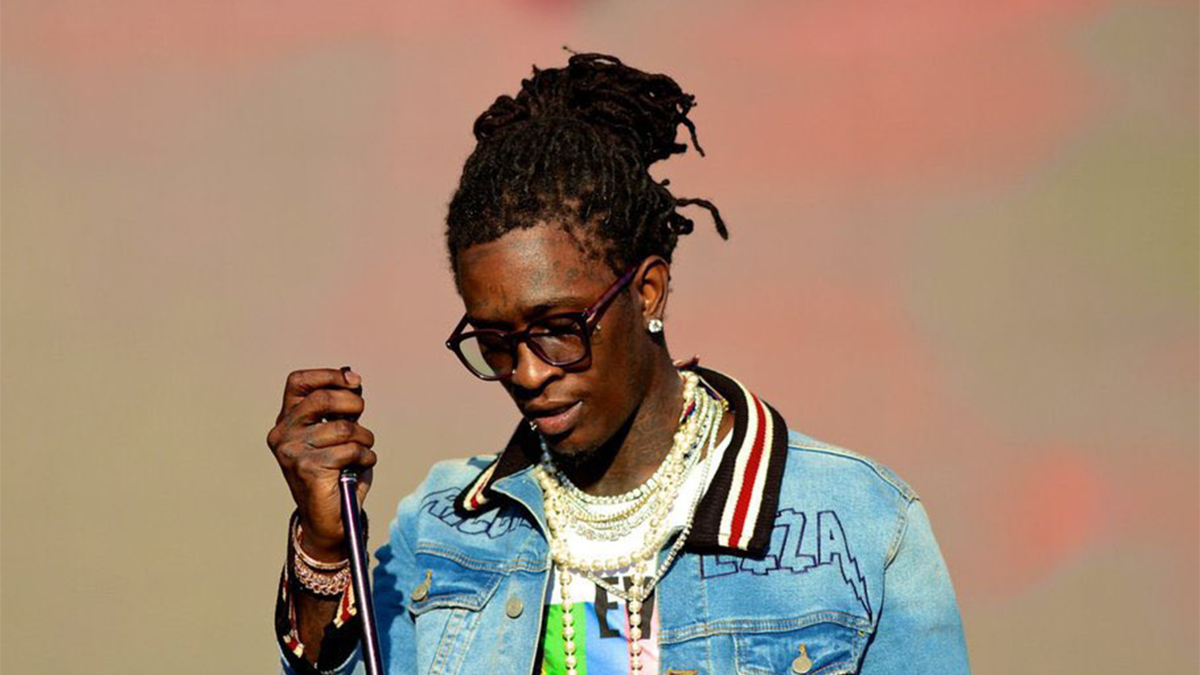 Fivio Foreign was the night’s main act, and a video came onto the screen before he hit the stage. It was a video of DJ Khaled, Polo G, and G Herbo showing their support for Young Thug and Gunna (both in jail on RICO charges).

The video ended with a pre-recorded voice message from Young Thug himself, addressing his fans from jail. “I just want to say thank you to all of my friends and my family for coming out and supporting us,” he said. “You know, your support during this time means a lot to us, ya know.”

A petition was launched by 2 music executives, Kevin Liles and Julie Greenwald, last week calling for rap lyrics not to be used against rappers in court. Young Thug encourages his fans to support the petition called “Rap Music on Trial: Protect Black Art”.

“You know, this isn’t just about me or YSL, I always use my music as a form of artistic expression, and now I see that Black artists and rappers don’t have that, you know, freedom,” he continued. “Everybody, please sign the ‘Protect Black Art’ petition and keep praying for us. I love you all.”

Last month, the New York Senate passed the bill not to allow rap lyrics against rappers in a court of law. However, since Young Thug and Gunna’s RICO charges are in Georgia, it shows that the problem still exists in the U.S.

In early May, Young Thug and Gunna were part of a 56-count RICO indictment involving their YSL collective. Prosecutors are accusing them of a “criminal street gang” involving a series of violent crimes, including murder.

Young Thug faces one count of conspiring to violate RICO and one count of criminal street activity. Also, he faces seven felonies for drugs and weapons seized at his home.

Gunna, on the other hand, is facing one count of RICO. Social Media posts and lyrics are both being held against both rappers. The prosecution is using it as evidence of YSL gang activity.

Young Thug and Gunna have both been denied bond twice and will remain in jail for the foreseeable future. Judge Ural Glanville declared Young Thug a “flight risk” and a danger to the community. Then for Gunna, the judge had concerns about him potentially being involved in witness tampering.