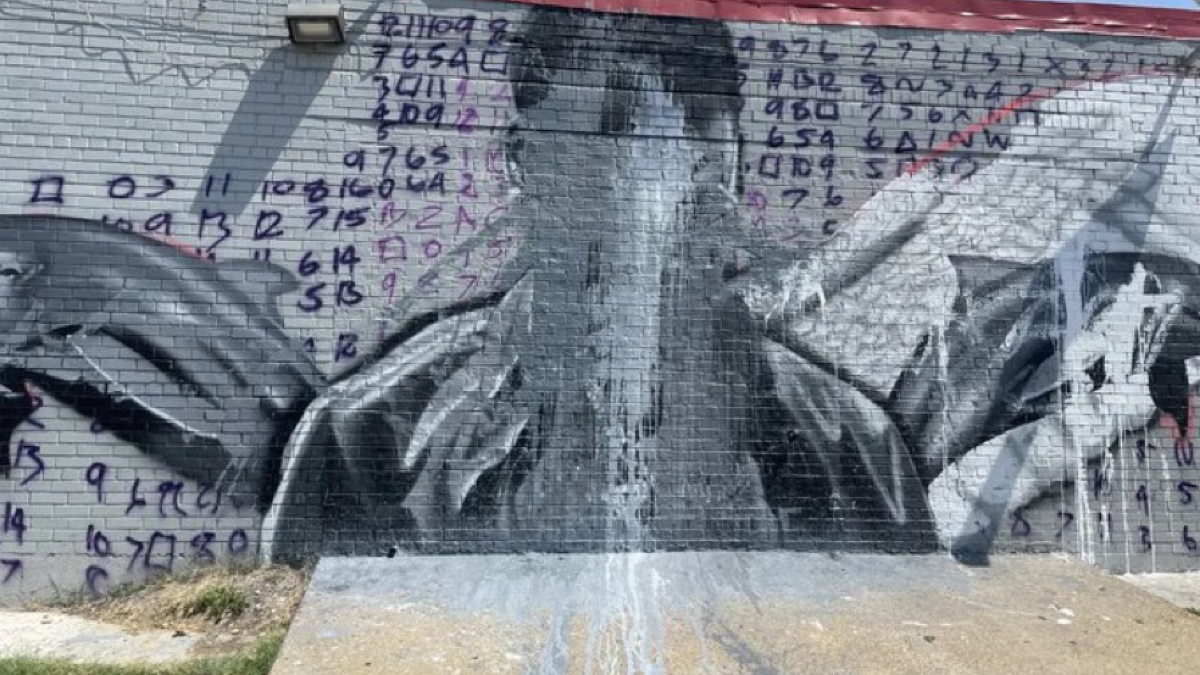 According to FOX13 Memphis, a mural honoring Young Dolph has been vandalized. This mural, which is located at a shopping center in South Memphis off Norris Road, was vandalized in the early morning hours of July 21st by two people.

A local artist named Cameron Hill painted the mural in honor of the rapper he idolized. While Hill was working on the mural at the King of Discounts Mini Mart on July 18th and July 19th, he says he took a break to deal with hateful messages.

“Young Dolph meant everything to me,” he stated. “I’m 26 years old, so I grew up looking and watching Young Dolph. I started receiving hateful messages, hateful phone calls, so I paused for a day.”

Although Hill believes he knows who vandalized the mural, he is not planning to press charges.

On November 17, 2021, Young Dolph was shot and killed inside Makeda’s Homemade Butter Cookies in broad daylight. He suffered 22 gunshot wounds. Justin Johnson and Cornelius Smith are thought to be the two men charged with murdering him.

Before Young Dolph’s 37th birthday on July 27th, Cameron Hill shared a post on Instagram about painting the mural where he filmed ‘100 Shots.’

“SMH,” he wrote. “I was commissioned by the Ida Mae Foundation to create a mural in South Memphis of Young Dolph. This is where he shot his most famous video 100 shots in South Memphis to honor him for his birthday that’s coming up next week. The Ida Mae foundation and I have been talking about doing this project for the last 4 months. Money has been spent on the project from the foundation. And everything just to have a group of hating individuals come and destroy what I was working on.”

Despite being harassed since he began working on the mural, Hill is determined to keep doing what he loves.

“The certain group of individuals have been trying to ruin my art career and tarnish my name since last year,” he said. “I have been harassed and also threatened for the last two or three days for trying to do something for the foundation and to make the community look better. I have been getting calls and text from different numbers from people trying to plot on me. They have been sending people up there to try to intimidate me and spy on me.”

He continued, “One thing y’all must understand is that y’all are not gone stop my shine nor are y’all going to try and down play my god given talent that I have been blessed with. I’m a king and I’m going to conduct myself as such. One thing for sure I don’t fear no man and I’m not going to tuck my tail and run. I stand on what I believe in.”

In this article:Young Dolph
Up Next: