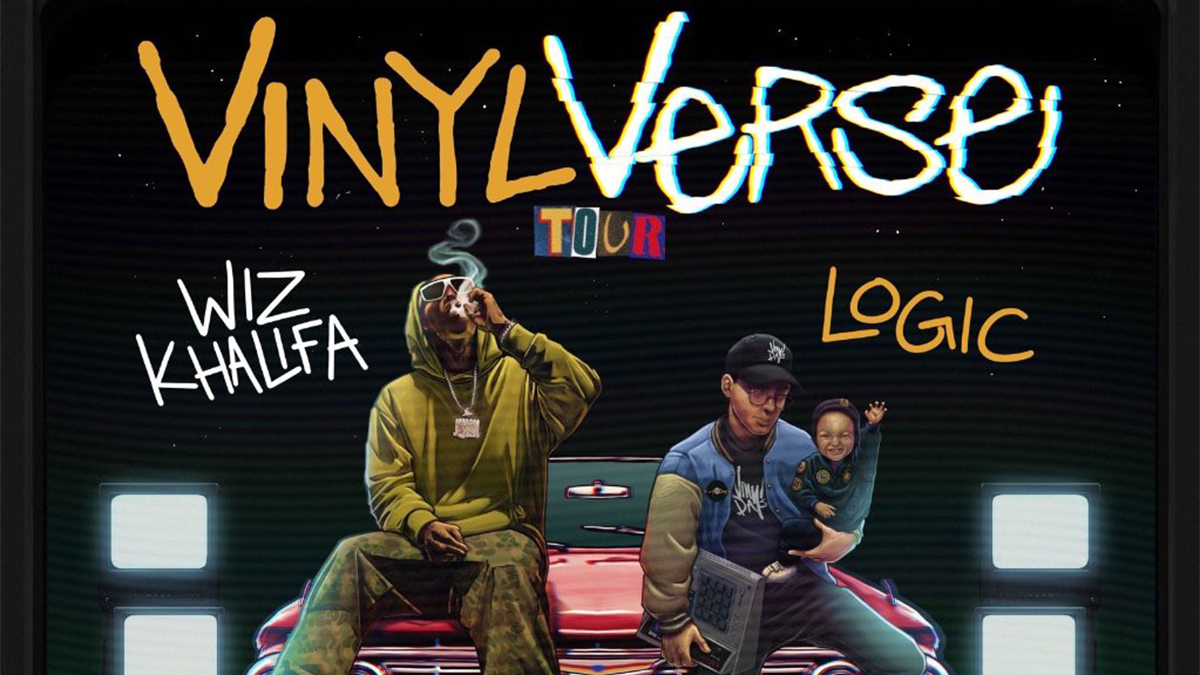 Wiz Khalifa and Logic Will Be Going On Tour Together

Recently it has been reported that Wiz Khalifa and Logic will be going on tour together. Logic is getting ready to drop his album titled “Vinyl Days”. This has pushed him to bring Wiz on tour to help promote the new project.

The Vinyl Verse Summer Tour is set to begin on July 27th. The tour’s first stop is in Irvine, California, at the FivePoint Amphitheater. Then the last visit will be on September 1st at the Hollywood Casio Amphitheatre in St. Louis, Missouri. Along with Wiz Khalifa, Logic will also bring 24kGolden, DJ Drama, Fedd The God, and C Dot Castro on tour. In addition, both Berner and Rubi Rose are also scheduled to be performing at specific shows along the tour.

Vinyl Days will release on June 17th and be his seventh album with Def Jam. Logic expressed some dissatisfaction with his label as he believes they messed up the rollout of his singles “Bleed It,” “Therapy Music,” and “Orville.”

He took to social media to express his anger with Def Jam. He posted a video saying that Tunji does not fault the mess up with the release of his music, but Def Jam ruined his releases. Logic explains he wanted to release songs as a two-pack but recently found out they were releasing two singles at the same time.

He continued on the video, saying the label did not want him releasing his video early because it may upset partners of the label who will not feel like YouTube is getting an exclusive. However, the rapper was very candid, saying he did not care about that. He only cares about his fans and his music.

Wiz Khalifa has had a much better 2022 and a very busy year. He has recently released a collaborative project with Big K.R.I.T., Smoke DZA, and Girl Talk titled “Full Court Press.” He also worked with Juicy J earlier in the year on the project “Stoner’s Night.” Even before, in 2021, he dropped his “Wiz Got Wings” tape.

In this article:Logic, Tour, Wiz Khalifa
Up Next: