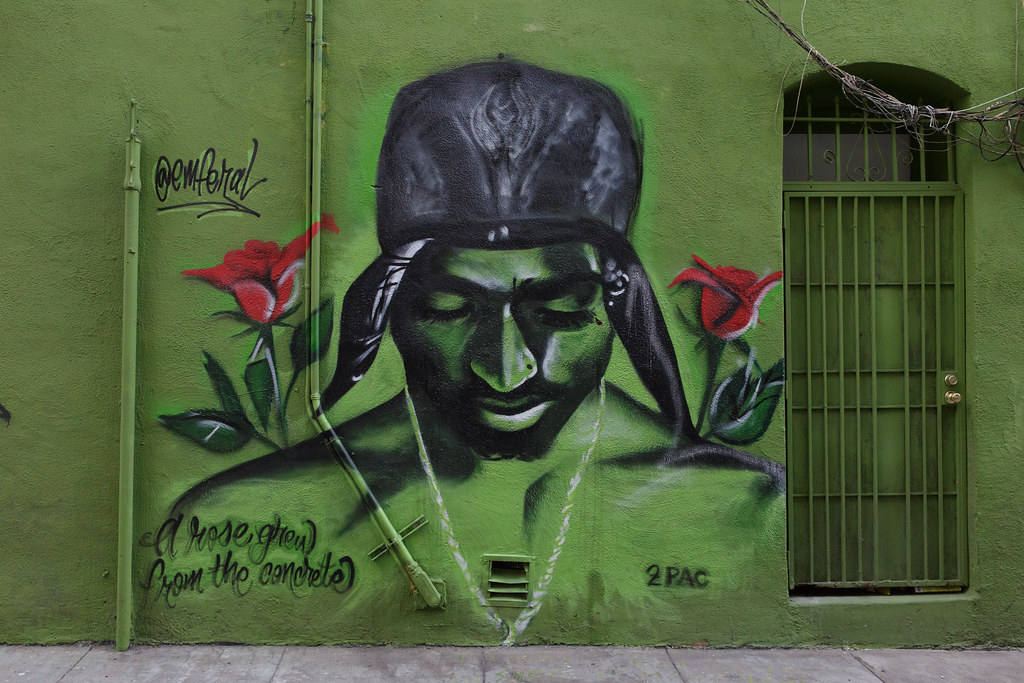 The NFT craze is making its way to the hip-hop world. Tupac’s last studio album, “The Don Killuminati: The 7 Day Theory, ” celebrates its 25th anniversary. Riskie Forever is the man behind the original art of the album cover. Riskie is trying to partner with Mike Tyson to push the project onto the crypto blockchain.

An NFT stands for a non-fungible token. They would create this NFT from the original artwork. The album cover has been controversial in the past. It is Tupac wearing crown thorns while nailed to a cross.

The album was released two months after his murder on November 5th, 1996. This album included some of his greatest songs. It had “Hail Mary” and “To Live In Die In LA.” So naturally, this started up some rumors that Tupac was still alive.

Designer, Riskie Forever, sold the painting to the album cover back in 2015. Crypto and NFT wallet manager Zelus is helping Riskie get the artwork back in an auction. It will be listed on Heritage Auctions, and the highest bidder will get the piece.

The auction goes live on June 18th in New York City. Fans will have the opportunity to win up to $100,000 through Makaveliart.com. The sweepstakes start on June 5th.

Mike Tyson Talks About His Relationship With Tupac

Mike Tyson and Tupac had a great relationship, with both being in the Los Angeles area. Their last moment together was at Tyson’s boxing match against Bruce Seldon on September 7th, 1996, in Las Vegas. On his podcast “Hotboxin,” Mike Tyson will be hosting a special episode talking about the memories he had with Tupac.

Tyson told TMZ Hip Hop that it was an honor to have the original painting in the building during the episode. He states, “It’s by far the most iconic hip-hop album artwork of all time.” At the time, Death Row Records CEO was Suge Knight, who introduced Tupac to Riskie. The rest is history, and Riskie created one of the most iconic album covers ever.

Snoop Dogg is now the owner of Death Row Records, and the majority of Tupac’s music remains off from streaming. For now.

In this article:Mike Tyson, NFT, Tupac
Up Next: