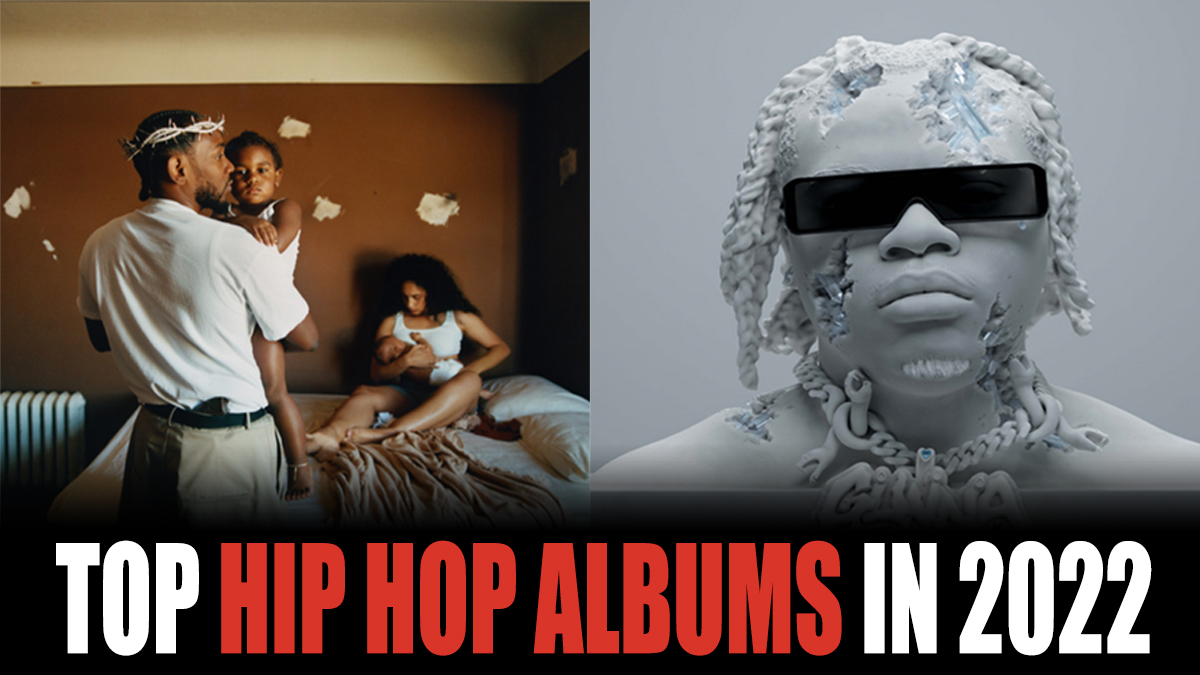 As the first half of the year concludes, let’s take a look at the Top 5 Rap/Hip Hop albums of 2022.

After taking a 5-year hiatus, Kendrick Lamar finally released an album. Arguably the most anticipated release of the year, Mr. Morale & The Big Steppers lived up to all the hype. K-DOT’s storytelling and delivery are what makes this album. Despite Kendrick’s nonchalant marketing of the album, Mr. Morale & The Big Steppers soared through the charts selling 295,000 equivalent-album units landing him his fourth No.1  on the Billboard 200 and the biggest release week of 2022. Despite this Extremely successful album, a question looms in the air. Will Kendrick Retire from the game. I guess we will have to find out.

“I Never Liked You” by Future

PLUTO! Future reached deep into his 2017 bag and gave us an absolute masterpiece. I Never Liked You is the perfect mix of Atlanta and Toxicity, the recipe for Futures music. The Toxic King announced the official album date on 4/18 but took the internet by storm when he dropped a snippet on 4/7. This paved the way for the highly anticipated drop, taking in 220,000 equivalent-album units and landing Future his 8th No.1 on the Billboard 200. Despite bringing in 220,000 equivalent album units, Future lands at the No.2 spot. It truly is an evil world we live in.

“Come Home The Kids Miss You” by Jack Harlow

After Rising on the scene in 2020 Jack Harlow has quickly turned heads and has emerged as one of the best rappers in the game. Come Home The Kids Miss You is Jack Harlow’s second Studio Album and the build-up to the album shows exactly why he is one of the best out. Jack Harlow released Nail Tech, the first single off the album sparking buzz around his fan base. But on March 31st, Harlow caught the world’s attention by dropping the snippet for his second single on the album First Class, which samples the 2007 Smash hit Glamourous by Fergie. The Louisville Rapper brought in 113,000 album-equivalent units, landing him at the No. 3 spot on the Billboard top 200.

7220 is Lil Durk’s 7th Studio Album and after each album, it seems he keeps growing and growing. The Chicago Rapper takes us down his origin story on this album focusing on his own struggles. The album shows a melodic side with a nice mix of Drill music and even featured a Rap song with a country twist in Broadway Girls featuring one of the top Country artists Morgan Wallen. Lil Durk released 5 Singles before the album with the most impressionable being Ahhh Ha. 7220 had an impressive first week selling 120,500 album-equivalent units, landing Durk his second No. 1 on the charts.

As one of the most recognizable rappers out, Gunna comes in at the No. 5 spot on the Top 5 Albums of the first half of 2022 with DS4EVER. The fourth album to Gunna’s Drip Season collection shows a melodic but similar approach to his previous albums. Nonetheless, DS4EVER is a good album highlighted by songs Pushin P featuring Future, Young Thug, and P power featuring Drake. With the help of these songs and the Massive following Gunna has, the album brought in 150,300 album-equivalent sales and landed him at the top of the Billboard 200. As for Gunna’s future, this might be the last album we hear for a while. He is currently facing R.I.C.O. Charges in connection with YSL and Young Thug.