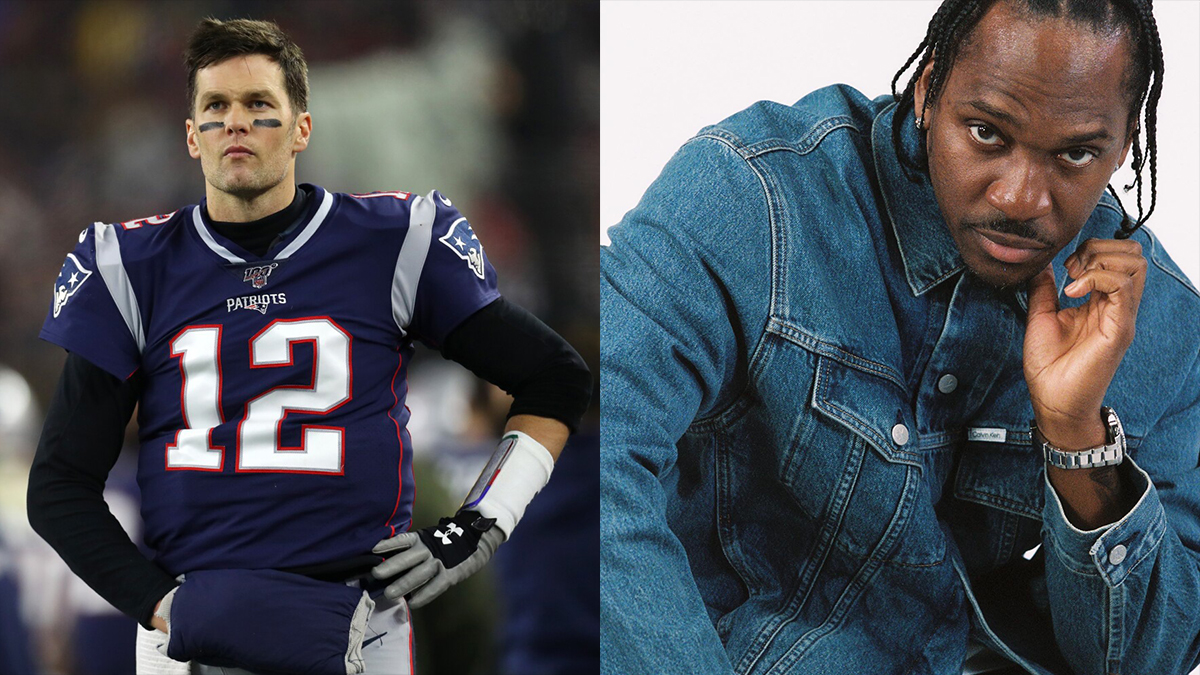 Tom Brady posted a video of himself running in New York City listening to ‘Dreamin of the Past’ from Pusha T’s new album to promote his Brady run apparel. The Tampa Bay Buccaneers star quarterback names ‘Its Almost Dry’, the album of the year.

The hype from “the goat” clearly had Pusha fired up as he took to Instagram posting Brady’s tweet while making the caption “BRADY SAID WHAT HE SAID!!”

‘Its Almost Dry’ Pusha T’s fourth studio album, was his first to reach No. 1 on the Billboard 200. At his performance in Los Angeles, he told his fans, “‘Its Almost Dry’ rap album of the motherfucking year… they cant fuck with me”.

Pusha T jumped on an interview with Complex months before his release with his manager Steven Victor to put everyone on notice that “the album of the motherfucking year is coming”.

In this article:Album, Pusha T, Tom Brady
Up Next: