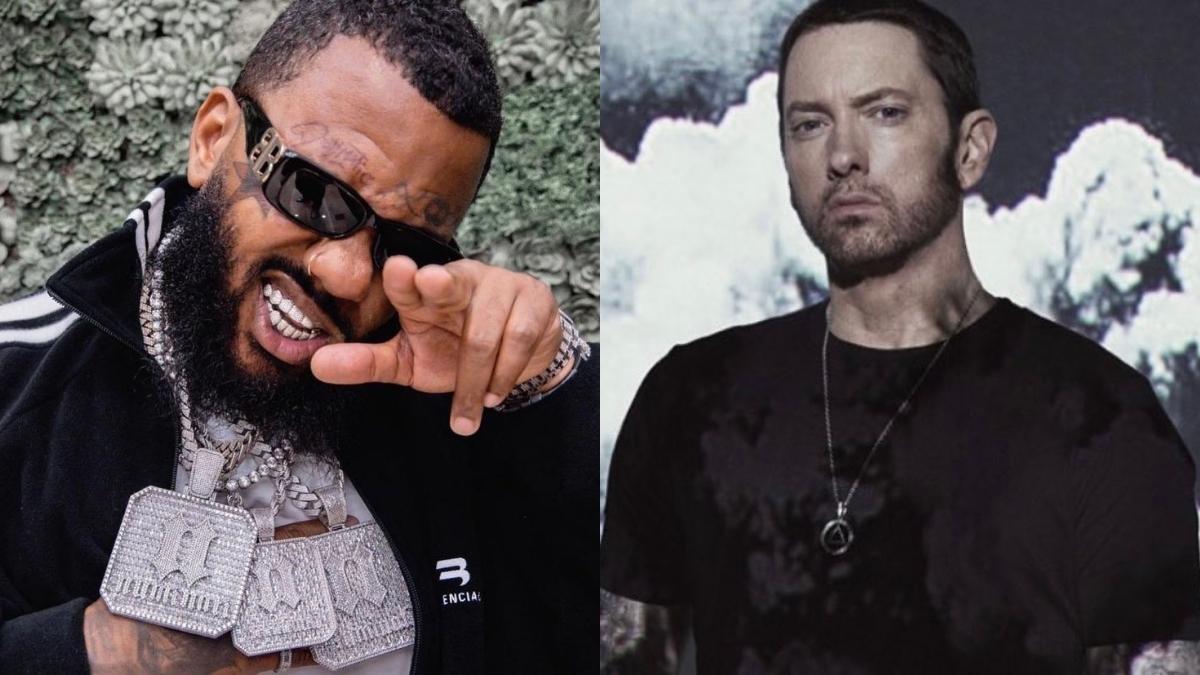 As part of his continued taunting of Eminem, The Game commented on a photo of the Detroit rap icon’s daughter, Hailie Jade.

Earlier this week, boxer Peter Quillin posted photos of Em’s daughter – including photos of her in a bikini – on Facebook, comparing her young appearance to that then. The post was captioned, “Eminem’s daughter Hailie, then and now.. p.s. she is 26”. In the comments section, The Game added his own commentary to the post. “Can she rap?” he commented, eliciting over 900 responses and 3,700 likes by Thursday morning (August 11).

In the replies, fans quickly defended Eminem, with one referencing Slim Shady’s beef with Machine Gun Kelly: “maybe not but shes more relevant than you and your career. Look at the last artist that talked about Ems daughter you’ll be next.”

Another fan commented: “boy stop. If there was no Eminem there would be NO 50 cent. Then there would be no you! Mic drop.” A third person posted: “your good I love your music but Eminem would smash you in a battle brotha no disrespect.”

Hailie Jade is reportedly referenced in The Game’s new song “The Black Slim Shady,” from Drillmatic: Heart vs. Mind (out August 12). “Got Hailie in black panties, legs open that h* fine/Em a pro at takin’ a knee, di*k suckin’ his whole life,” he says, according to Genius.

The Game, however, claimed that the lyrics were fake during an Instagram Live broadcast in April. On the broadcast he said, “I hopped on live to holla at Rap Genius”. “Them n-ggas put some lyrics up talking about they was my lyrics, the fucking ‘Black Slim Shady’ lyrics, bruh.” “They ain’t my lyrics, I didn’t write that garbage shit. Better know better than that. When Game come, that shit gon’ be official. It ain’t gon’ be no lyrics to Rap Genius out there. Do your due diligence before y’all get to throwing shit up. Fake news and shit, fake lyrics. It ain’t my lyrics.”

See the video on The Game on Instagram live below:

He challenged Eminem to a Verzuz battle, and throughout 2022, he’s been claiming he’s a better rapper than Em.

“Me personally? Is Eminem better than me? Nah, he not, bro. And I think the best way to see if he is or if I am in let’s rap about it. Let’s get up, let’s get in the studio, let’s rap about it, let’s do something let’s put something out. Let’s see ’cause that’s what this shit is, bro. It’s rap.”

In this article:50 Cent, Eminem, machine-gun-kelly, The Game
Up Next:

Young Adub Gearing Up For New Single “Bring The Vibes”