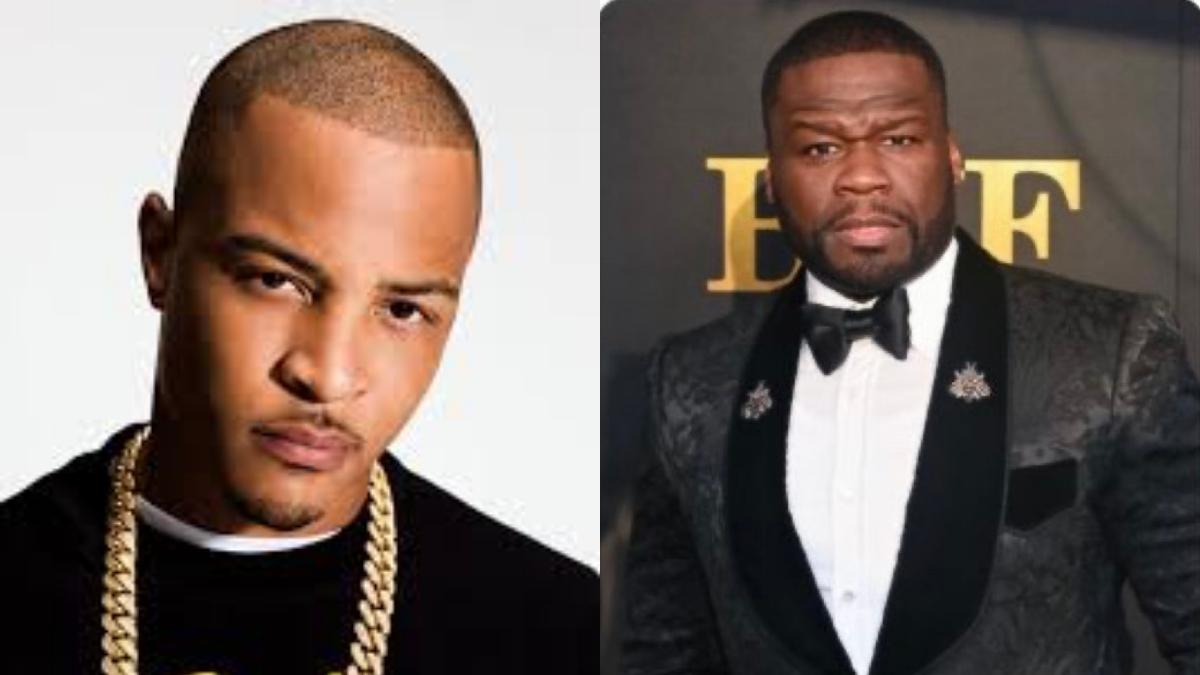 After almost a year after their Verzuz battle, T.I. has finally given some behind the scenes insight into his current relationship with himself and fellow artist 50 Cent.

While speaking with former NFL player Tony Robinson, Tip was asked about an ongoing rumor that he was replaced by Method Man for a role in 50 Cent’s Power Book II: Ghost.

“That’s not true,” he said with a puzzled look on his face. “50 and I were executive producers on a different show, outside of the Power universe. But nah, man. Me and 50 cool.”

“I heard – this is a rumor, I can’t confirm,” Paolo opened. “T.I. was supposed to play Method Man’s character. I don’t know if there was beef or something happened, but he never ended up playing him, and Meth was Davis MacLean.”

Rainey added: “This was early in the production before we started filming. We showed up to set, and Method was there. They didn’t really tell us.”

The pair had a bit of friction back in 2020 after the Hustle Gang boss challenged 50 to a Verzuz battle during the Black Mafia Family premiere.

Two days after this, 50 took to social media to post a clip of Tip’s interview with the Big Facts podcast, to which Tip recalled his infamous Crime Stoppers commercial and appeared to diss anyone who still brings it up, including 50 Cent himself who happened to rehash it in 2021.

In a since-deleted Ig post, he wrote: “This was a week ago. This n-gga was just telling me about a comedy show he was working on backstage. I don’t like this kinda shit, it wouldn’t be a good idea to come around me again. Respectfully stay away from me.”

“It’s coming,” he said. “Let the record show, I’m ready to drop right now. I got enough music to drop right now. However, I just want to be able to dedicate the time and give it the attention that it deserves, and I got so much other stuff going on, I ain’t finna to stop it right now.

“The momentum I have received from other areas of my life – whether it’s real estate development, comedy, film and comedy – just other things I have going on, I’m just focusing my attention in other areas.”

In this article:50 Cent, Method Man, Verzuz
Up Next: