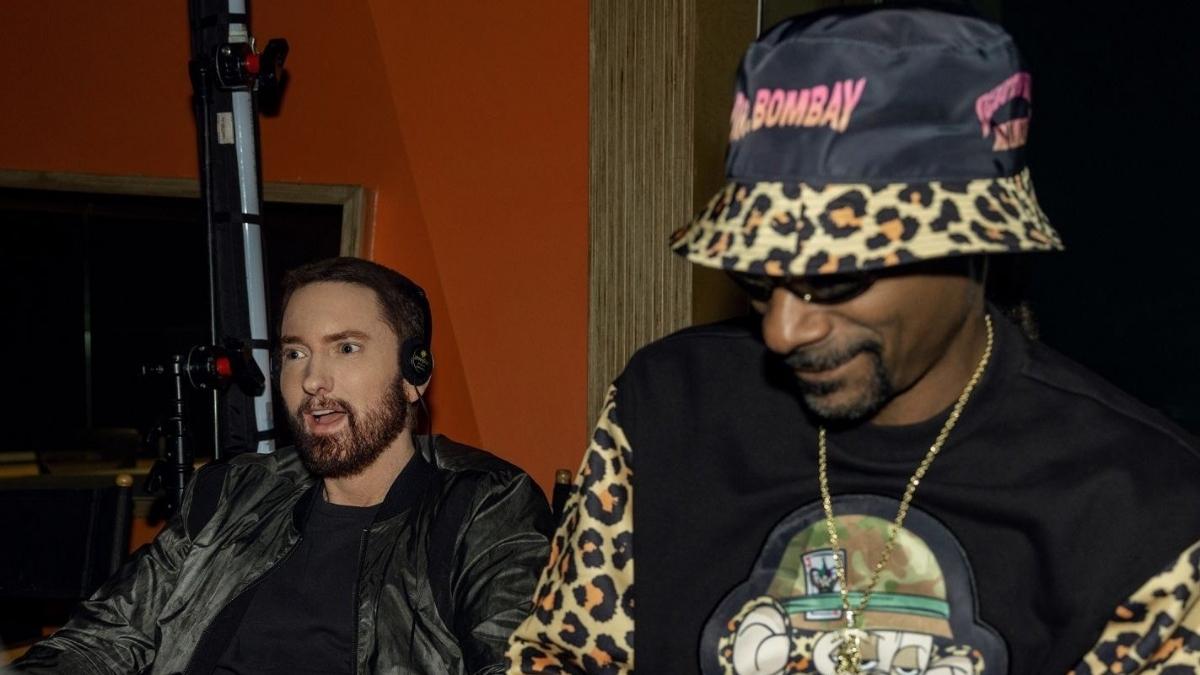 Snoop Dogg & Eminem Put On A Crazy Performance At The VMAs

The 2022 MTV VMAs brought the metaverse to life thanks to Eminem and Snoop Dogg on Sunday night. A mind-blowing performance of their “From the D 2 the LBC” collaboration took place at this year’s annual MTV VMAs.

The performance began with Em and Snoop sharing a couch, with Snoop’s gigantic joint soon giving Shady a buzz. Prior to the duo being launched into the metaverse, EM said, “Yo man, I feel like you’re getting me high again, bro”.

As their performance progressed, the “Bitch Please II” duo became digital Bored Ape versions of themselves and explored the virtual realm before returning to the VMA stage.

See a video of their performance on Youtube below:

A Familiar Stage For Snoop Dogg and Eminem At The VMAs

This was Eminem’s first VMAs appearance since 2010. His last came when he performed “Not Afraid” and “Love the Way You Lie” with Rihanna. Last time Snoop appeared at the awards show was when he performed Biggie’s “Warning” with Diddy in 2005.

The VMAs did not award Em or Snoop any awards. Despite being nominated for Best Hip Hop Video, “From the D 2 the LBC” lost to Nicki Minaj and Lil Baby’s “Do We Have a Problem?”

This is one of several new songs on Eminem’s recently released Curtain Call 2 compilation, which includes over 30 of his greatest hits since Relapse. In its first week of release, the project earned 43,000 album-equivalent units, with 18,000 of those coming from pure sales.

More To Come From These Legends?

Perhaps “From the D to the LBC” is only the beginning. Snoop Dogg and Eminem were spotted in the studio in August with Dr. Dre, sparking anticipation for more 2001 magic.

Snoop revealed to ET recently, “We’re cooking up a little something”. “I don’t wanna talk about it too much, but we’re back together again. It’s been 30 years since we worked on a record, and we’re doin’ something, we’re workin’ on something.”

In this article:Dr. Dre, Eminem, MTV-VMAs, Snoop Dogg
Up Next:

6ix9ine’s Girlfriend Arrested After Punching Him At Night Club