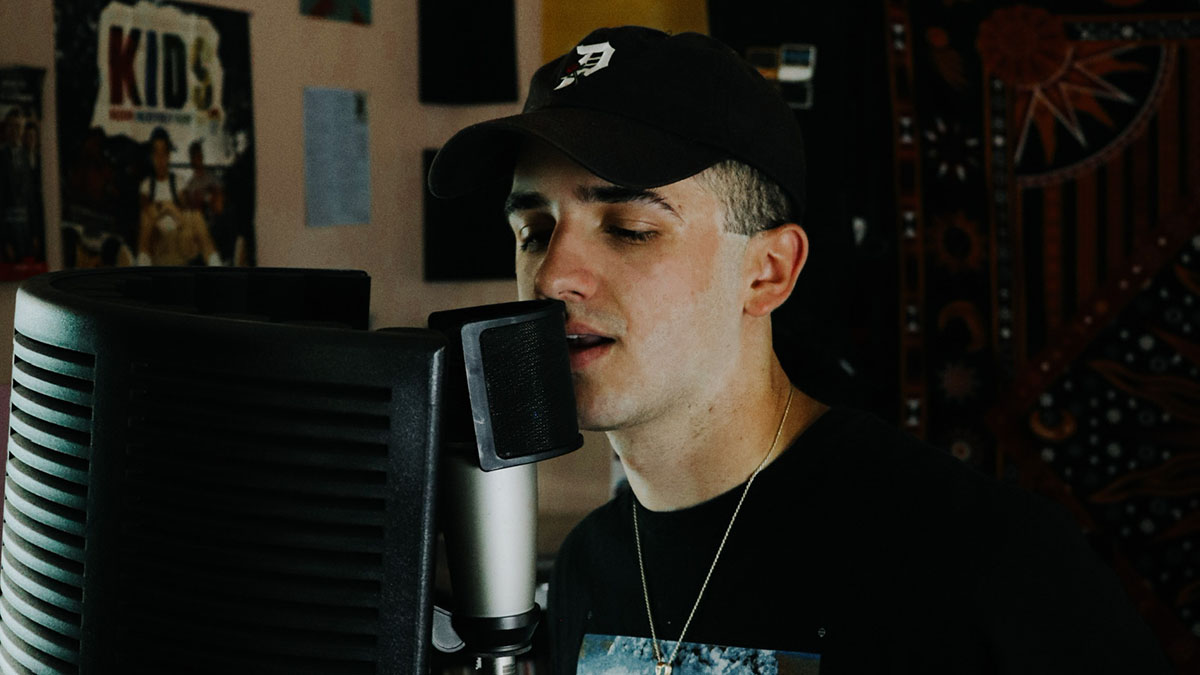 Christopher Mizzoni is an independent artist from Foster, Rhode Island known as EBC. In high school, he began making music when he met a friend who was also passionate about music. The two of them clicked immediately and both started making music that summer. In the beginning, EBC used music as a therapy and an escape from the outside world, so if he could provide that service to others then it would be worth it. As a result, he fell in love with writing rhymes and turning his emotions into melodies.

As he writes lyrics, EBC wants people to pay attention to the message being conveyed. Despite his love for making turn-up songs that aren’t really deep, EBC’s best lyrical work comes from tapping deep into his heart and venting over a beat. Through his music, EBC expresses experiences that he has had in his own life for others to relate to. One of EBC’s greatest accomplishments as an artist was having a fan in New Zealand do a school project about him, explaining the music of EBC and using his face as a poster. It shows how much his music affects people around the world and how far it reaches.

‘Sacrifice,’ EBC’s fourth mixtape, dropped on July 8th. The mixtape offers a grand finale to the storyline established by his previous mixtapes. Rather than just a mixtape, this is a full listening experience meant to be absorbed after listening many times. Each track has a deeper meaning. It’s also versatile in the sense that it can also be listened to at the surface level and as a chill vibe. This is a truly inclusive project that has something for everyone in it, and EBC is incredibly proud of it. Songs on the mixtape range from sad to happy, motivational to chill, rap to hard, and songs with him singing. “Sacrifice” is his latest release, and you won’t want to miss it. Visit Spotify to listen. Follow EBC’s Instagram to stay up to date.

Juelz Santana Has Perfect Response On Wild N Out