Quavo isn’t the kind of artist to hide the amount of money he’s got.

Quavo isn’t the kind of artist to hide the amount of money he’s got and loves to display it in different ways. Like what he did while driving in the Tesla in the last few days. Quavo flexes that he is able to drive and text at the same time.

This Thursday (April 28), Quavo posted to his Instagram the video of him riding around in his luxurious car and texting while the car drives for him. Of course, it’s essential to be aware that it’s dangerous to text and drive. However, the autopilot feature in Tesla cars makes it feasible, and Huncho was making the most of this feature.

The fans were thrilled to listen to Quavo, the Migos frontman, tease a brand new single in the Instagram video. QC confirmed that the single is in the works. It’s unclear if the track is specifically for Migos or Quavo’s own. However, the fans expect something new from the snippet of the song.

Quavo dropped another track couple of weeks ago. However, he had Takeoff helping him out with the tune this time. The clip posted to Instagram showed both Migos members chilling out with their entourage. In the video, Quavo flexes their lyrics on the brand new track.

In addition to continuing to tease fans with his new songs, Quavo revealed that he’s part of an upcoming feature film that will focus on Atlanta’s streetcar culture. According to Deadline, the film’s name is Takeover. It will feature Huncho performing the lead role. Guy Miller is an action-thriller written by Jeb Stuart (Die Hard, The Fugitive) and directed by Greg Jonkajty (Netflix’s The Liberator).

Guy Miller is described as a guy trying to rehabilitate his life who just came off parolee.

Newsletter Signup
In this article:Quavo, Tesla
Up Next: 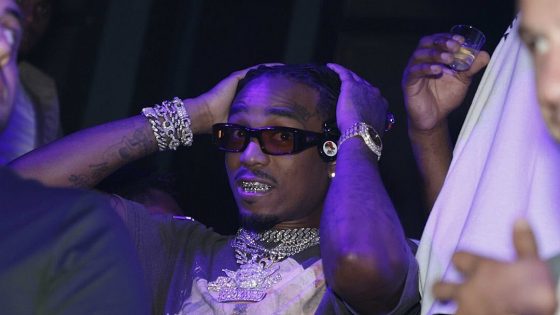