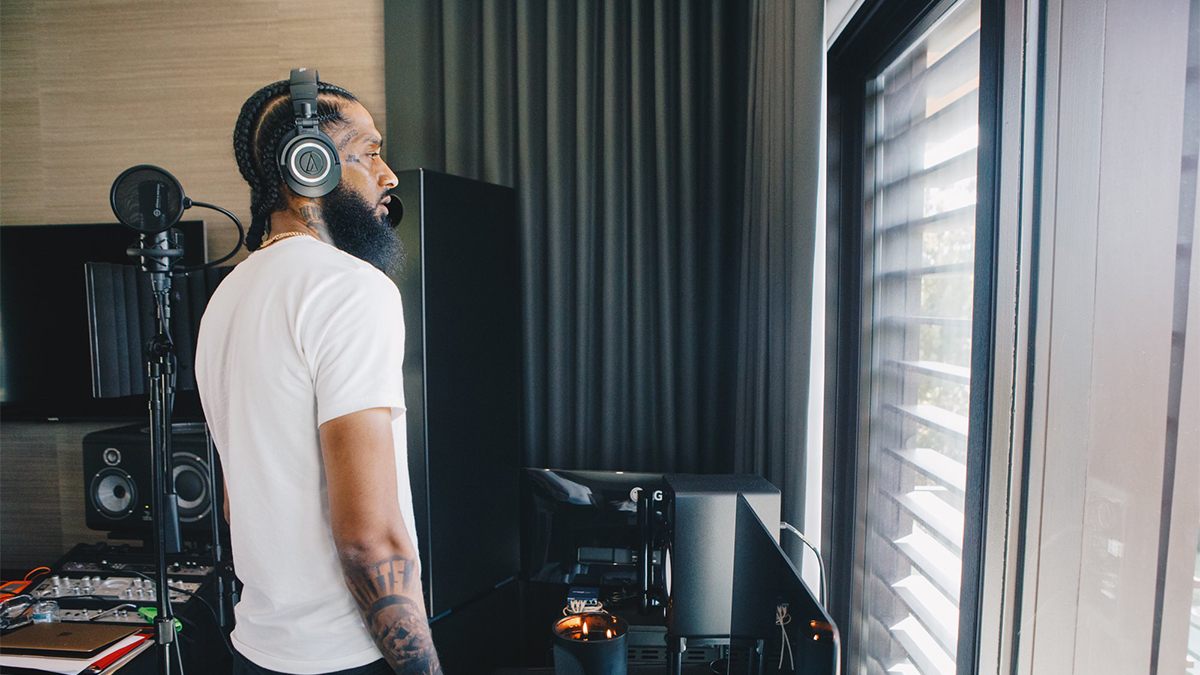 The trial for Nipsey Hussle’s murder continues, and they got another testimony. It was from a man who was also allegedly shot by Eric Holder the same day Nipsey was killed. Even though the man didn’t say much on the stand, it helped the prosecution.

During the same incident when Nipsey was shot, Kerry Lathan also was shot in the back. The prosecution asked Lathan a boat load of questions. He did not want to get into extreme detail. Especially when they asked him to identify names.

Prosecutors played a video in the courtroom, showing Lathan at the Marathon Clothing shop that day. But Lathan would not confirm it was him in the video. Instead, he stated, “I don’t know nothing, don’t see nothing”.

He stated that he heard “a lot” of gunshots. But unfortunately, he did not say or identify who pulled the trigger.

Lathan Short With His Answers

The prosecution said to Lathan, “You don’t want to testify about what happened?” Lathan answered with, “That’s right”.

Holder allegedly said to Nipsey before killing him, “You’re through”. Lathan was asked if he had heard anyone speaking before the time of the shooting. He responded with, “He wasn’t talking to me”.

On Wednesday, during the opening statements, the prosecution had a feeling Lathan wasn’t going to talk much. Due to his involvement with the Rolling 60’s gang. His short answers are not surprising.

Nipsey Hussle trial is set to resume on Monday.