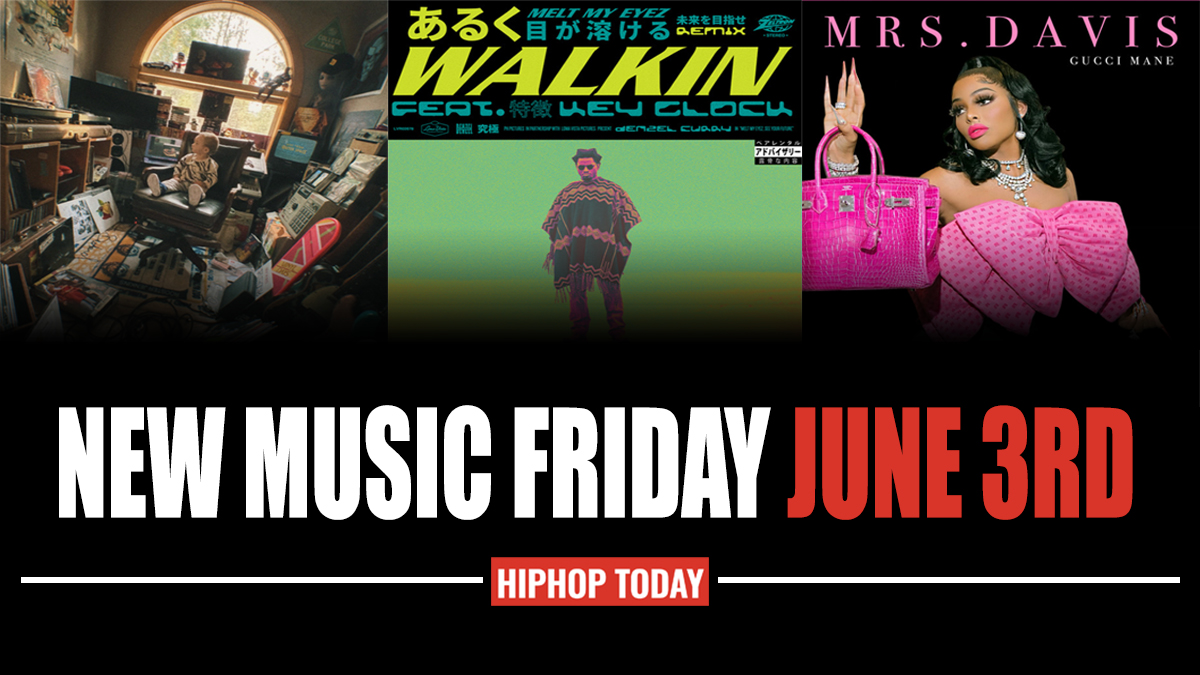 New Music Friday Singles for the month of June has shown a variety of talents who are top contenders to hold the title of song-of-the-summer. Among this group is Chicago native Polo G who has excited fans by releasing new solo material. Alongside Polo G keeping fans excited is Logic and Gucci Mane, both very well-known rappers.

Along with these big hitters are some new talents making waves. These talents include B-Lovee, Denzel Curry. Key Glock, Lakeyah, Latto 2022 DX Rising Star Coi Leray, and many more.

Polo G has been able to set himself apart from other artists, especially in the last year. The rapper released a fan favorite album “Hall Of Fame” and also gave some exceptional performances in collaborations with megastars Eminem and Lil Wayne.

Polo G has gotten recognition from all over, including from YouTuber, rapper, and collaborator of NLE Choppa Kai Cenat. The work ethic Polo G put into his new track shows as Kai can not stop listening to it.

Talented and legendary rapper Gucci Mane released his hit album from prison six years ago and still has continued to not only stay relevant, but continue to reinvent himself.

Mr. Davis is also making waves after his recent release “Serial Killers” he sent out another new release on a completely different wave. The new song “Mr. Davis” highlights more of the artist’s soft side.

Logic has been extremely busy this past year having already released five songs including his recent release “Orville.” The rapper is not slowing down anytime soon as he prepares for the release of his upcoming LP and tour with Wiz Khalifa.

Logic is setting out to prove to everyone he is still as talented now as he was before retirement. He shows his talent has not waivered at all on his new “Bleed It” piece.

Fans have a lot to look forward to including a possible new duo as we start to see more of a connection with Denzel Curry and Key Glock.

The two artists went on a comedic social media campaign and soon after met up to begin reworking a song off of Denzel Curry’s recently released album titled “Melt My Eyez See Your Future.” From this collaboration, they were able to produce “Walkin (Key Glock Remix) and it has had fans begging for more.

Another power duo coming out recently is Vory and Kanye. The pair were able to become friends after working together on both of Kanye’s “Donda” albums. Kanye is now returning the favor and helping Vory jumpstart his album titled “Lost Souls.”

The connection runs deep between Kayne and Vory and it can be seen in their two hits “Daylight” and “Light Me Up” both of which were huge successes.

Yo Gotti is also making news after a huge splurge on a Rolls Royce which he got for his birthday and paid in over one million dollars cash.

Yo Gotti is also making moves in the music scene making a collaborative hit with Mozzy, Moneybagg Yo, and Lil Poppa.

The powerful collaborations do not end as Lakeyah and Latto teamed up to make a piece after both having a very successful 2021. Their release is a shout out to the haters and properly titled “Mind Yo Business.”

“My Everything” rapper B-Lovee, who collaborated with G Herbo and A Boogie Wit Da Hoodie on the piece, has hit foot on the gas following the release of “Misunderstood” , an eight song release. The rapper does not shy away from more collaborations as he joins forces with Coi Leray to create “Demon Time” which is already set to be a hit.

Sada Baby has been equally as busy as his fellow artists as he finished releasing “Bartier Baby 3” and is now already planning his next project’s release titled “Skuba Sada 2.5.” Sada Baby works alongside Snoop Dogg to kick off his recurring series which was last seen back in 2020 with the collaborative project “2 Freaks.”

The release of the album “Young Wild & Free” has had YN Jay getting all sorts of attention. This album has numerous hits but one notable appearance came from Babyface Ray on the track “Coochie Island” which has gotten great feedback.

Rowdy Rebel is ready to make a comeback to the top spot in the drill rap game. The rapper came off a high when releasing “Rowdy Vs. Rebel” and is keeping the energy up with his new release “Woo Nina.”

Rich Lagos is working on his multitasking skills as he continues to chase both money and love, looking for someone to share the wealth with. The rapper has had huge success with the “Where The Hoes At” release and continues to keep the ball rolling with his new party-ready song.

In this article:Gucci Mane, Kanye West, Logic, New Music Friday, Yo Gotti
Up Next: