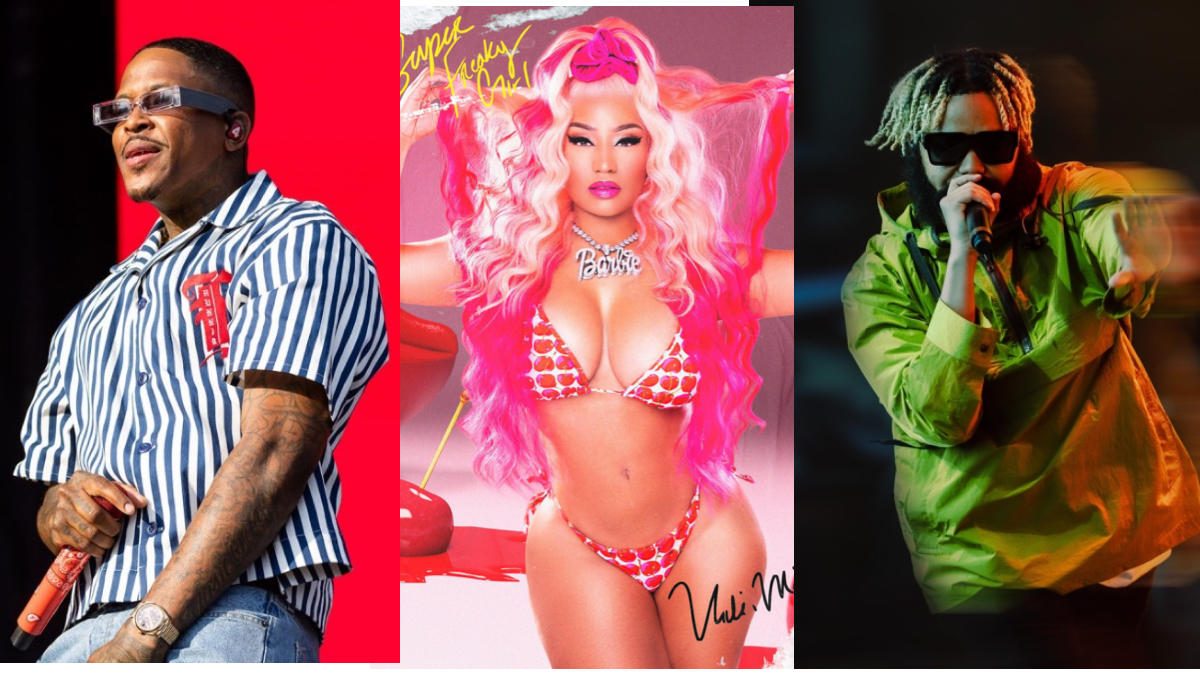 New Music – August is Heating Up!

The widespread heatwave that has spread throughout the Midwest and beyond making August also experience a flurry of fiery new music releases.

See the full list of Friday’s (August 12) releases below.

As far as rappers go, YG can do it all. According to a recent Instagram post, the 4Hunnid Records boss is on his “R&B shit” in his latest song.

See the official ‘Toxic’ video below:

It has been a promising year for the possibility of a new Ari Lennox album even though Dreamville fans have been patiently waiting for the follow-up to the Shea Butter Baby album since 2019.

It became increasingly clear to Ari’s fans that a new full body of work was inevitable after her refreshing performances on releases such as “A Kind Of Magic” from the Coke Studio sessions and “Blackberry Sap” and “Coming Down” from D-Day: A Gangsta Grillz Mixtape.

Nicki Minaj is back!

Better yet, let’s welcome Nick James, “Super Bass” MC’s alter ego!  James “is coming to do what the girls SHOULD have done.”

The single that Nicki Minaj has been promoting for weeks, “Super Freaky Girl,” is inspired by the spirit of Rick James.

Cordae – “So With That” / “Unacceptable”

The essence of change appears to be embraced by Cordae.

Earlier this year, The Lost Boy MC debuted an interesting show of his own grooming style after starting his Hi-Level productions company with tech pioneer Bill Gates. His new music, “So With That” and “Unacceptable,” has been a surprise to his fans.

Dreamville camp has been buzzing with good news this week!  Not only thanks to Ari Lennox, but also JID.

Following his appearances on Dreamville’s D-Day: A Gangsta Grillz Mixtape compilation, his “29 Freestyle” and the Madden 22 NFL Soundtrack, JID has maintained the same kinetic energy of productivity that has been guiding him throughout the past year since his DiCaprio 2 project.

This is the first track from The Elephant Man’s Bones, Roc Marciano and The Alchemist’s upcoming joint album. With guest appearances from Ice-T, Action Bronson, Boldy James, and Knowledge The Pirate, the 14-track project is scheduled for release on August 26.

A further boost to excitement for the album came from Alchemist’s Twitter statement: “I think this is the best shit we’ve ever done. Can’t wait for you to hear it.”

In this new collaboration, Tyga, Jhené Aiko, and the late Pop Smoke reimagine Lil Flip’s 2004 hit “Sunshine,” with Tyga even making a cameo.

Since Shoreline Mafia disbanded, OhGeesy has reinvented himself.

In August of last year, GEEZYWORLD was released on Atlantic Records, with collaborations with artistes such as DaBaby, YG, A Boogie Wit Da Hoodie, Central Cee, Moe Faygoo and BlueBucksClan.

With his upcoming GEEZYWORLD 2 album, the Los Angeles native seems to be preparing to take his career to the next level.

The South Coast Music Group/Capitol Records signee was already recognized by HipHop Today as a rising star. This was even before he released his Thank You For Believing project.

Nevertheless, along with his star power, Toosii is a hopeless romantic, which makes him unique among contemporary rappers. After explaining what “Love Is…” was last month, he elaborates on “Lonely.”

Here you can find all the latest Hip Hop releases.

The Hottest New Reality Boxing Show: Box To The Beat