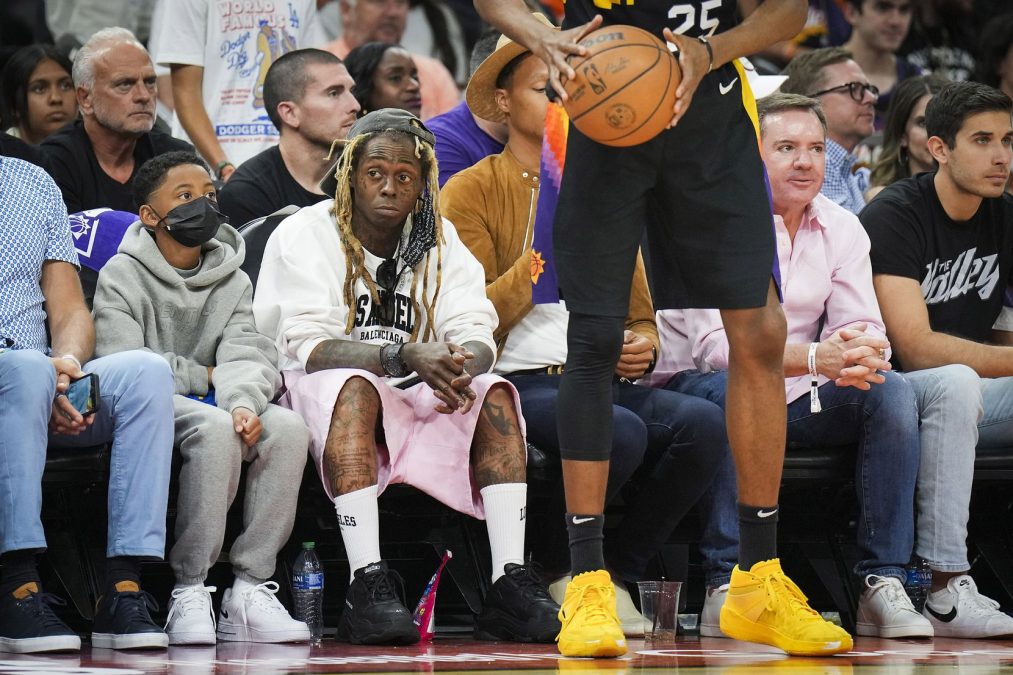 Lil Wayne is a big Chris Paul supporter, so he sat courtside for game 7. The Suns put up no fight in the final game, with Luka Doncic dropping 35 for the mavericks. The final score was 123-90 Dallas Mavericks. An absolute disappointing loss for the Phoenix Suns.

Lil Wayne got backlash for his tweet after the blowout loss. Fans were saying that it gave Luka and the Mavs motivation to go in and take the series.

Alongside the tweet, Cuban added a picture of Wayne sitting courtside. All fun and games from these two.

The line comes from Lil Wayne’s hit “Uproar” from 2018. Mark Cuban is taking the win on this one, on the court and on Twitter.

Cuban better be on the lookout. Lil Wayne could be dropping a diss track.

In this article:Lil Wayne, Mark Cuban, Mavericks, NBA, Suns
Up Next: