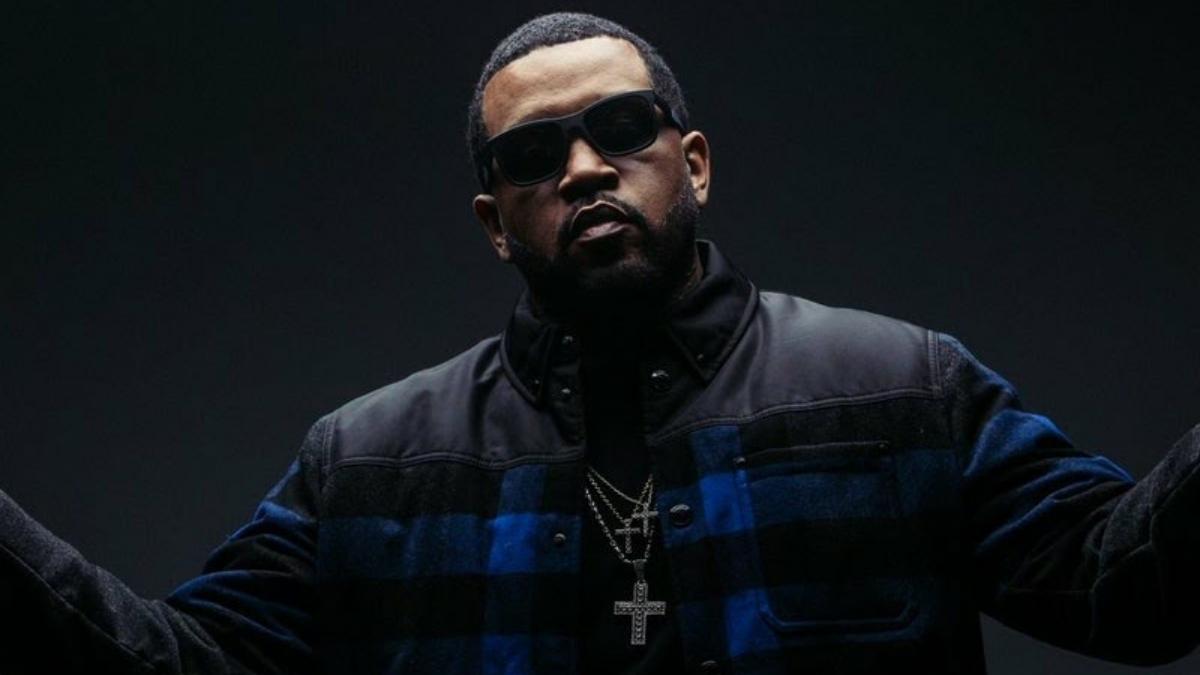 Lloyd Banks will attribute his success to who he is as a person, even if the Hip Hop landscape has changed drastically since his early to mid-2000s run. Banks says, “I’ve always been self-motivated since my younger years, even before I actually made it into Hip Hop”. “So I guess I set such a high bar for myself watching all the artists that I grew up on. I feel like I’m still growing as an MC and as a student at my craft.” More than ever, we are experiencing that growth Lloyd Banks talks about. In July, he released his new album The Course of the Inevitable 2, his fifth studio album. As Banks’ first studio album in over a decade, its predecessor came in 2021, marking his long-awaited return after 5 years.

There are not many 40-year-olds who can drop multiple albums and get widespread attention in this day and age – not to mention Lloyd Banks. Many fans thought had hung up his microphone forever. Then he flipped the script and opened a new chapter in his career through his determination and passion for the culture.

Not Worried About The Doubters

Despite critics and doubters, Banks does not wish to silence them. Rather, he is committed to establishing a legacy that has been 20+ years in the making while growing and exploring the culture he is so passionate about.

Banks explains, “I just feel like I’m chasing the ultimate album, you know what I mean?” “So it’s like, I can’t possibly be finished. I also lost more than a few years from just taking hiatuses in the business. In a lot of spots, I’ve might have been expected to have momentum, but I wasn’t in a situation at the time to just drop album after album.”

“Now, I feel like I’m fully capable of dropping an album for the next five years. At least once a year, if not twice.”

Lloyd Banks has five albums on deck, though his sophomore album went live just last month with appearances from Benny The Butcher, Conway The Machine, Jadakiss and more.

He has accomplished this feat despite losing his best friend grandmother, and father over the past half-decade. When dealing with such tragedy, how does one go from not releasing solo music in five years to creating an abundance of material and wealth?

As far as Lloyd Banks is concerned, it simply shows his knowledge of Hip Hop. The loss he’s suffered has helped him realize that life – and indeed a career in rap – aren’t guaranteed. He has put his pain into his music in order to convey the truth.

It’s no secret that the music industry has moved on from hit singles, viral moments, and streaming playlists to albums of quality. Banks, however, hails from an era when albums were much more important. His professional career has been rekindled by focusing on what he knows best rather than chasing chart success.

Lloyd Banks Growth Away From Music

While Banks was away from music, he worked diligently on The Course of the Inevitable and its sequel. Despite all the criticism he heard from those who thought he sabotaged his career, Banks was developing into the musician he is today.

Banks continued, “We in the day and age where you’re trying to find the three or four songs you like on the album, opposed to back in the day [when] we used to look for the two or three songs that we weren’t that fond of”. “I’m not really driven to just make the one hot record. Those always help, but at this point, I’m just in the mode of making full bodies of work. Creativity, conceptually, the whole thing.”

Course of the Inevitable 2

Lloyd Banks’ Course of the Inevitable 2 shares a journey of reflection over his life and career. Similar to his previous effort, he explores his psyche on tracks like “Impact,” “Dead Roses” and “Socialize.”

See the official to “Dead Roses” video below:

The album has several bright spots, including Jadakiss-assisted “Power Steering,” “Fell In Love,” etc. The goal for Banks was to give fans the best of both worlds.

“This one is something that I’ve built from scratch, pretty much,” he says. “With this one, it’s a brand new series and it’s going to be ups and downs. It’s going be bright spots. It’s going be dark spots, you know?”. Lloyd explains, “I’m not at the point in my career now with the political power to move the needle in any way when it comes to a demographic that’s 10, 15 years younger than me. I’m more so just carrying the torch from a generation that I come from. I’m spearheading my core fan base into what they can expect.

In this article:Benny The Butcher, Conway-The-Machine, Jadakiss, Lloyd Banks
Up Next:

Chance The Rapper Breaks Down Meaning Of New Album Title