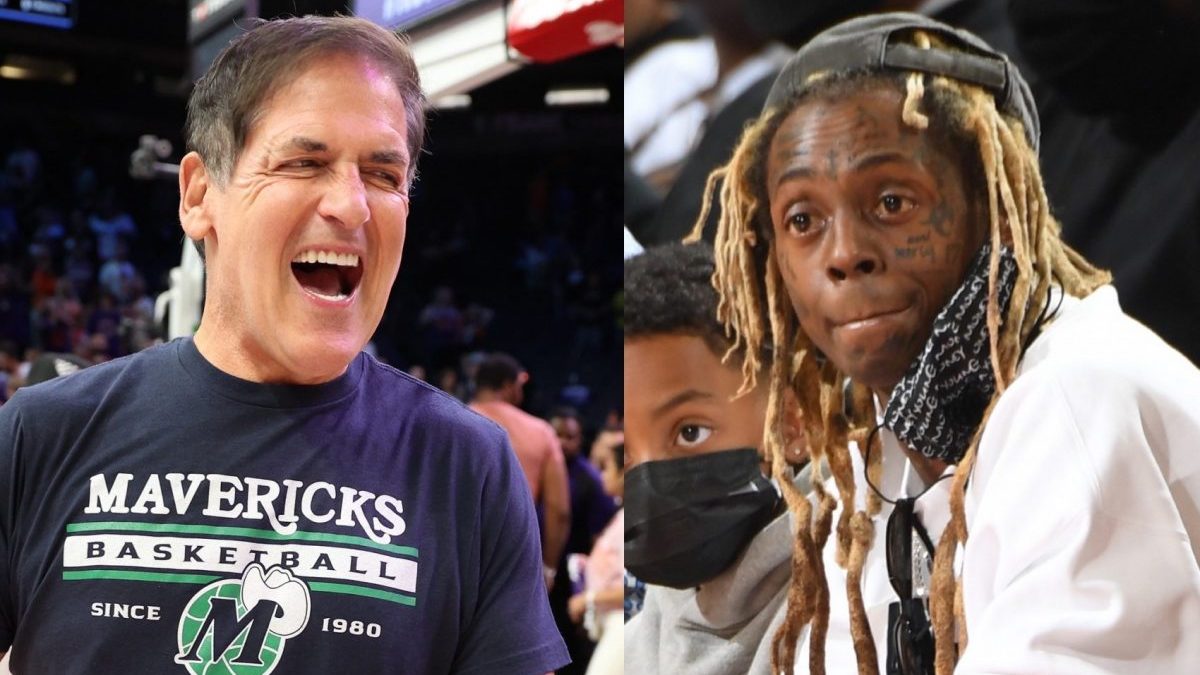 Lil Wayne strikes back at Mark Cuban after Cuban took a shot a Lil Wayne following the Mavericks’ win on Sunday. Weezy once said, “You don’t want to start Weezy, ’cause the F is for finisher.” He proved just that with his tweet directed at Mark Cuban.

This started between the legendary rapper and billionaire after Lil Wayne called out Mavericks superstar Luka Doncic. Lil Wayne called Doncic a “ho” in a tweet a few weeks back. After that tweet, Mark Cuban responded to it on Sunday after Luka dropped 33 points in their Game 7 blowout.

Lil Wayne did not take the tweet lightly. He responded with some anger for Cuban. “Mark Cuban, don’t make me get u smacked; boy U playing with me?” Then, Lil Wayne went on to say, “I will piss in ya f’n mouth ho.”

Lil Wayne followed up this tweet by telling Mark Cuban his time is up. Suns fans blame Lil Wayne for losing the series. They are saying it sparked Luka and the Mavs to the series win. As soon as Lil Wayne sent out the “ho” tweet about Luka, the Mavs turned the series around and sent the Suns home.

No one knows if the beef is real, but it does not seem like either party is backing down.