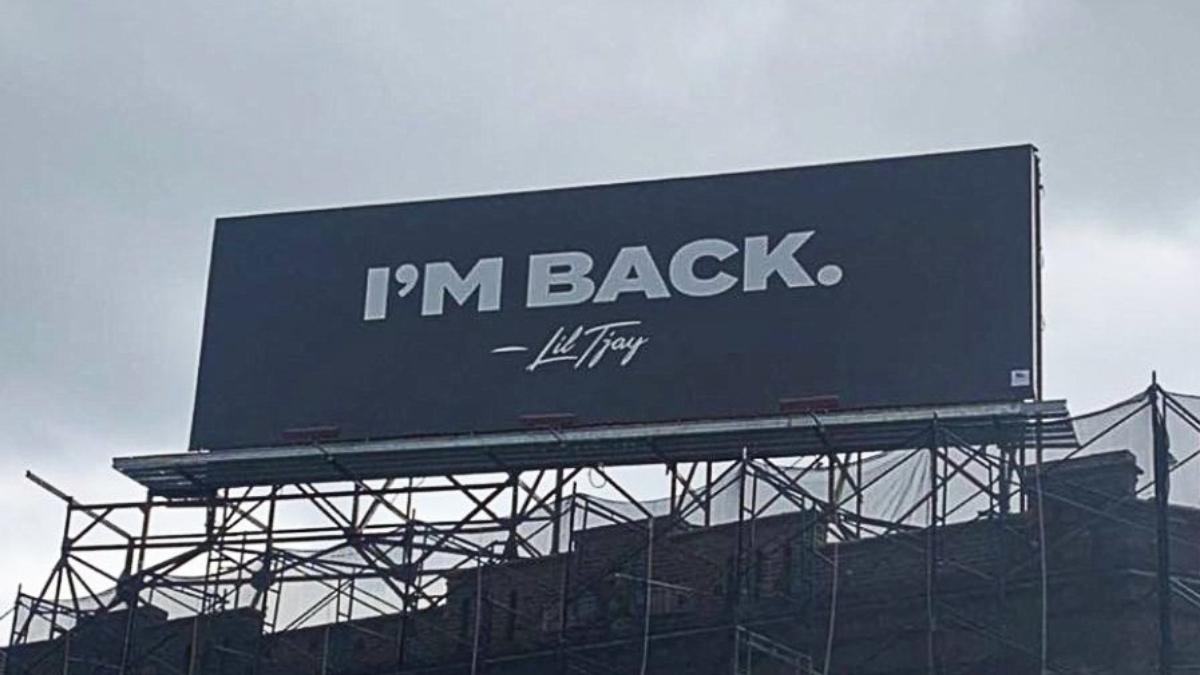 Lil Tjay Puts Up “I am Back” Billboard in the Bronx

Lil Tjay was shot in New Jersey a few months ago and he has been laying low ever since. Some fans are concerned that he may never recover from the trauma and return to making music. A billboard in the Bronx yesterday hinted that he is preparing for the release of new music, saying “I am back.” Fans are now eagerly waiting to see what is next.

A Message to his Fans

Tjay started the post by saying, “Hey, what’s going on, y’all? It’s your boy Tjay, man.” “I’m just checking in with y’all. I just wanna say, thanks for the love, thanks for the support. I been looking at the DMs, the comments, and everything else, and I feel love. Seven shots, it was tough, you know? Most people don’t survive it, but I’m here. Here for a reason, and new music coming soon. We gonna come back stronger than ever. Love y’all,” Lil Tjay said to his fans while in a neckbrace.

As was reported, the rapper came home earlier this month and has since posted a video on Instagram that corroborates those reports.

The man accused of shooting Lil Tjay last month was arrested by police and has been charged with three counts of attempted first-degree murder.

In this article:Lil Tjay
Up Next: