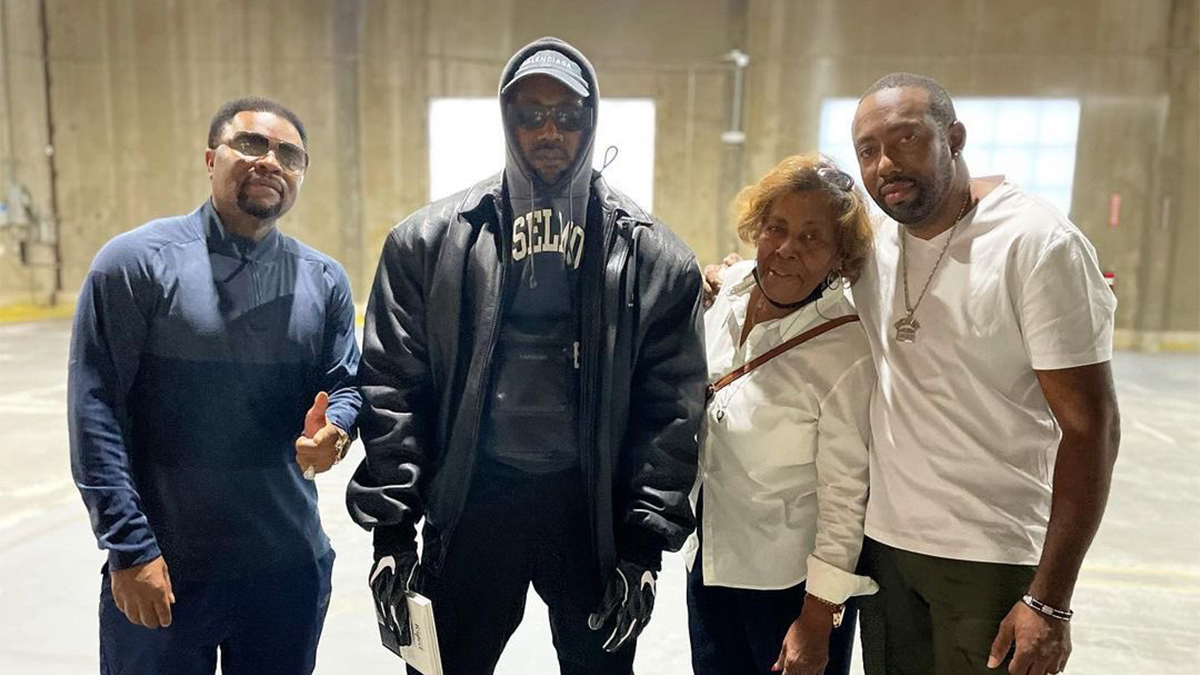 Larry Hoover Jr. publicly stated that Drake and Kanye West set aside their differences to set an example for other artists.

Larry Hoover Jr. and J. Prince were recently guests on Million Dollaz Worth of Game. Where they sat down for a 90-minute interview with the hosts. The interview got serious as they dove into a discussion about Larry Hoover Jr.’s constant and ongoing battle for Larry Hoover’s freedom. As he is currently locked up and serving multiple life sentences. During the interview, they also spent time talking about recent headlines that had to do with Wack 100.

About ⅓ of the way through the interview, Larry Hoover Jr. was asked about the Free Larry Hoover event last December and how it came to be. He explained that he had had conversations related to Drake and Kanye West’s conflicts. And how they were able to settle them. He also explained how these conversations were the first step in putting the show together.

Hoover Jr. explained his father’s perspectives, telling Million Dollaz Worth of Game that Hoover would hear about other artists going to jail for killing each other over very small things. He noted that Kanye West and Drake both hold titles of being some of the world’s biggest artists. They should find a way to reconcile as there is no reason to continue the feud.

Hoover Jr. continued to explain that they worked to bring the two artists together to show others who are at odds that it is unnecessary. That is, Drake and Kayne West can put aside differences. Make money together, and live their best lives so can anyone else. He explained that “there are too many of these guys out here feeling like they’re living the gangster life. When they should be living the millionaire life”. Hoover Jr. states that other artists should be working to lift others rather than going to jail, killing people, or ending up dead. He points out that choosing the entertainer’s life was supposed to get them off the streets. So they do not need to keep living like that.

Topics shifted to J. Prince’s recent Instagram post criticizing Wack 100 and Karen Chapman for allegedly withholding video evidence that could be helpful in the fight for Larry Hoover’s release.

He continued to comment on Wack 100, referring to them as a clown. Explaining he gave him a chance due to the severity of the business. However, as time went on, he came to know that to Wack 100, “any money is good money”. Which he does not respect, especially in the current situation where Larry Hoover’s freedom is on the line.

J. Prince also shared text messages that show Kanye West is pulling out of footage negotiations due to those involved playing too many games.

In this article:Drake, J Prince, Kanye West, Larry Hoover Jr
Up Next: