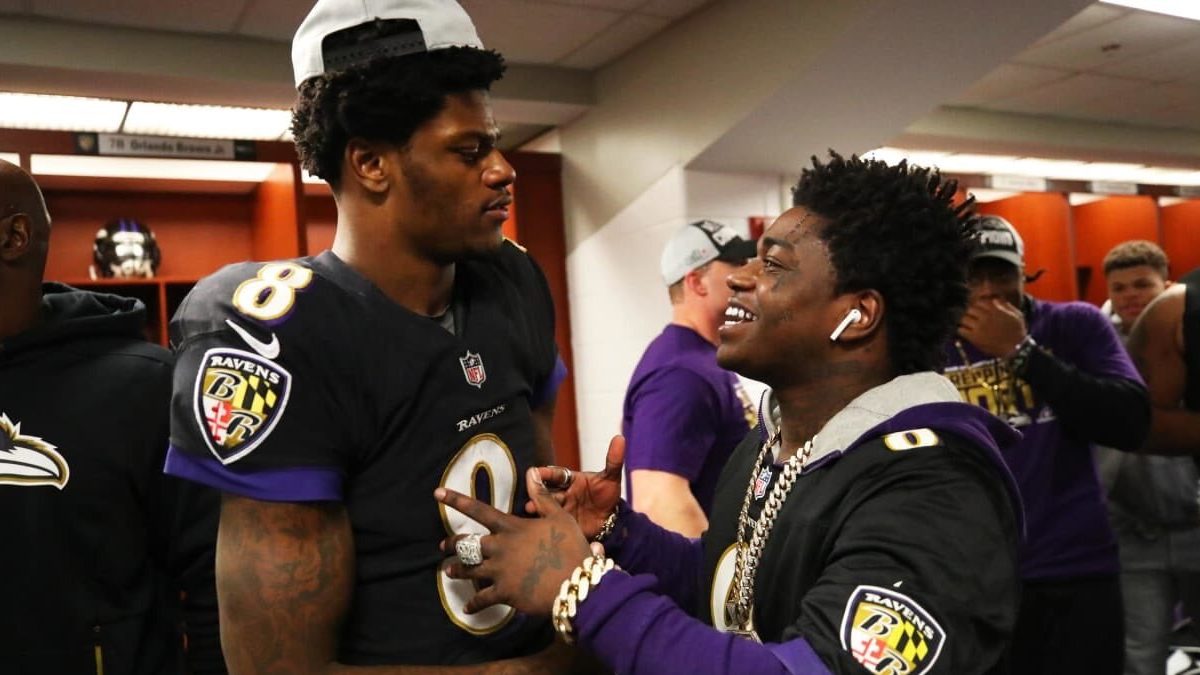 The football star is seen making an appearance two minutes into the video. The song is for “Bounty” by Loe Shimmy featuring Kodak Black.

The video was released Thursday night, and Lamar Jackson can be seen wearing expensive jewelry and an all-black outfit. While keeping it casual in a hotel room with Kodak Black.

The quarterback could not be happier to be part of this project. Lamar took it to Instagram to share the clip with a caption saying, “Motion Boyz.”

Though this may seem odd, Jackson and Kodak Black grew up together in Pompano Beach, Florida. They also attended elementary school together.

Lamar Jackson’s loyalty never wavered from Kodak Black even when sentenced to 46-months in federal prison.

He also reached out on social media in defense of Kodak Black. Stating, “The system punished him way too hard for a paperwork crime #freekodak.”

Finally, these efforts did not go unnoticed as President Trump granted Kodak Black commutation of his sentence weeks later.

In this article:Kodak Black, Lamar Jackson, Music Video
Up Next:

DJ Akademiks Doesn’t Believe The Migos Breakup Is For Real