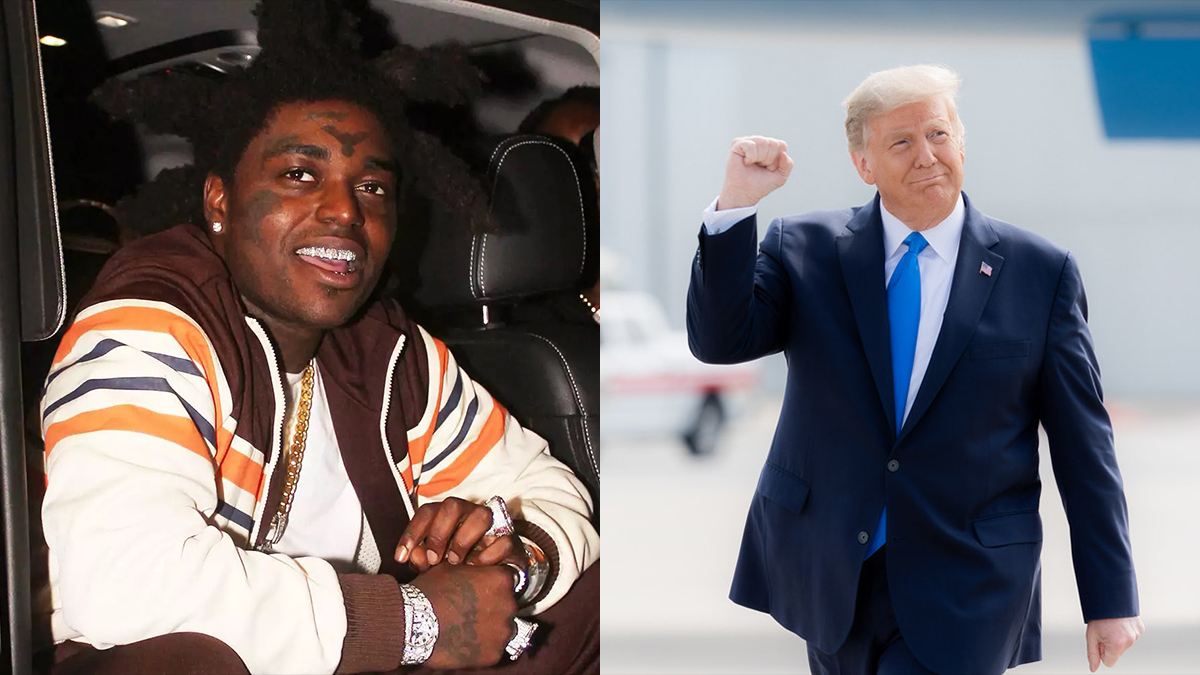 Taking his support for the former President to the next level, Kodak flexed his brand new custom gold chain. The chain featured a pendant showing Trump wearing his classic MAGA (Make America Great Again) hats while smoking what seems to be a joint.

Trax NYC jewelers in New York City captured Kodak’s reaction to the pendant in an Instagram video posted on the 25th of May. According to Maksud “Trax” Agadjani, the unique piece valued at $9,545 made of 14-karat gold was a “surprise gift”.

In classic Kodak fashion, he said, “Oh, shit, boy!” followed by “You snapped” after seeing the pendant for the first time.

Trump Pardons Kodak Back In 2021

In one of his final acts, former President Trump pardoned Kodak in January of 2021. This is where this surprising love for Donald Trump stems from. Trump commuted Kodaks 46 month sentence over a firearms charge from the previous year. The “Super Gremlin” rapper was released from federal prison early.

After arriving home, he tweeted, “I Want To Thank The President @RealDonaldTrump For His Commitment To Justice Reform And Shortening My Sentence,” followed by “I Also Want To Thank Everyone For Their Support And Love. It Means More Than You Will Ever Know. I Want To Continue Giving Back, Learning And Growing.”

Kodak was not the only rapper to receive a presidential pardon from Trump. Lil Wayne avoided a 10-year sentence for possessing a loaded weapon on a private jet in December 2020.

Kodak Black showed off a giant diamond ring with “Trump Ties” inscribed the following month after receiving the pardon. Oddly enough, Yak has admitted to seeing the former President while he sleeps. Last May, he tweeted, “Had a dream bout Trump last night, I love dat n-gga.”

It will be quite interesting to see how Kodak Black’s support will look during the next presidential election in 2024, with Trump rumored to run for office for a potential second term.

In this article:Birthday, Donald Trump, Kodak Black, Lil Wayne
Up Next: