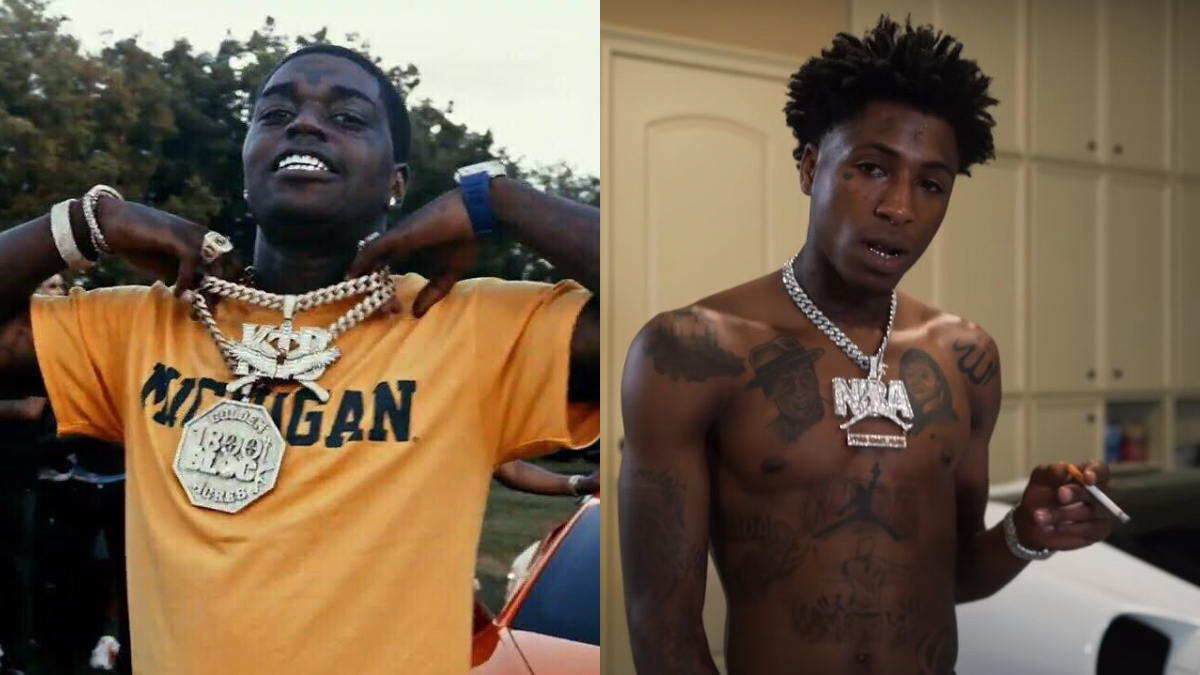 Kodak Black does not seem to be too happy with Alex Junnier who is NBA Youngboy’s manager.

During a live session on Instagram earlier this week, Kodak claimed that his tour idea was stolen. This came only a few days after YoungBoy’s 30-city tour with Quando Rondo, starting in Chicago, was announced.

Kodak felt some type of way, as he used to be managed by Junnier. He said, ”They tried to tell a n-gga I couldn’t come to — I forgot what place that was — I made that my first stop on the tour. YB’s manager used to be around me so he know how I go, he know how a n-gga operate — that’s why they made that their first stop.”

He also mentioned, “They know that’s my type of shit. ‘Oh yeah, they can’t come here? First stop!’ … There could be smoke, but you ain’t finna tell a n-gga he can’t come nowhere because I gotta pick up checks over here.”

The Florida rapper was referencing his Dying to Live Tour from 2019 after dropping an album. It started in New Orleans near NBA Youngboy’s hometown, Baton Rouge.

Ongoing Fuel Between the Two Rappers

Both Youngboy and Yak have been going at each other for the past five years. Conflicts arose between the two just this past summer after the ”Super Gremlin” rapper mocked YB’s fans on Twitter.

Kodak fired back with a Twitter rant saying, ”Bitch Ass N-ggas KNOW FIRSTHAND I STAND UP TO DAT SMOKE ! I Could Never B Pussy BIG MONKEY NUTS #YOUKNOW FR FR ! I WAS BUSSIN MY ION FR 12 YRS OLD DAT !!!! FUCK A STEPPA !”

Surprisingly, Kodak actually brought up the idea of collaborating with Youngboy in a tour last September. On an Instagram Live, Kodak said, ”They talkin’ like 20Ms for a tour like that, I needs that!”

In this article:Alex Junnier, Kodak Black, NBA YoungBoy, Quando Rondo
Up Next: