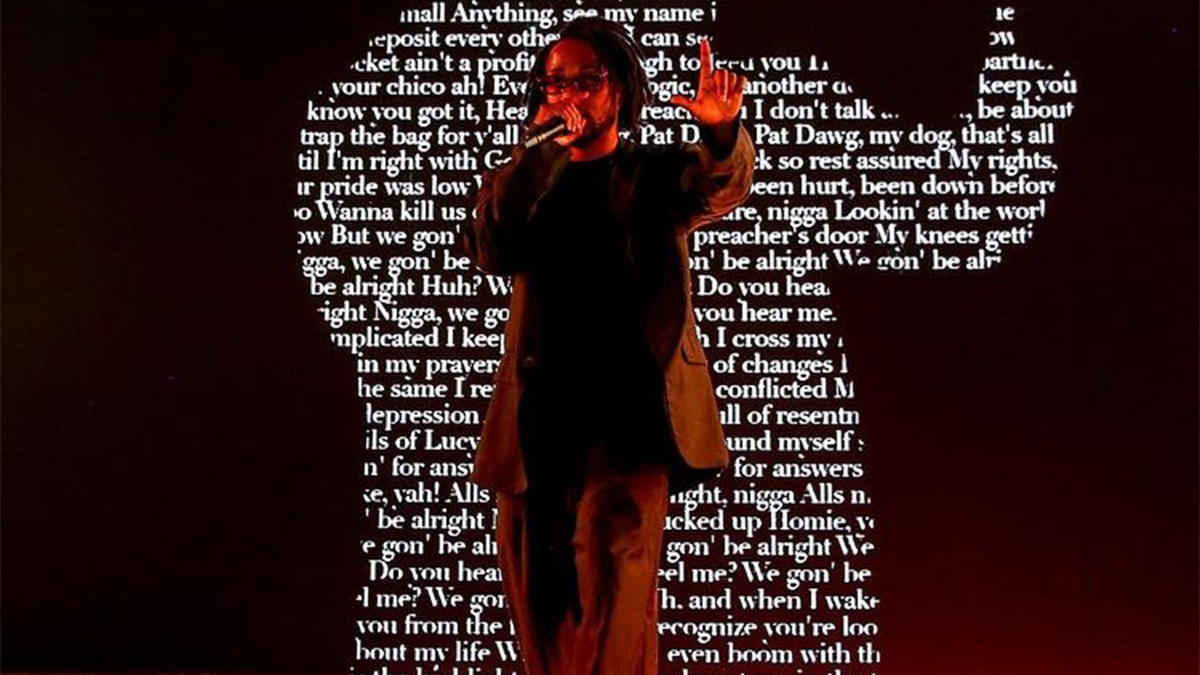 Kendrick Lamar had his first concert since releasing his newest album ‘Mr. Morale & The Big Steppers’. The concert took place at the Cannes Lions International Festival of Creativity on June 20th.

Spotify is hosting a 3-day event in French Riviera town and Kendrick Lamar was headlining day 1 of the concert. The shows will be taking place on the Promenade de la Croisette.

Kendrick Lamar showed off some of his classics during the concert. He went all the way to his hit pieces ‘Swimming Pools’, ‘Bitch Don’t Kill My Vibe’, ‘HUMBLE’, and ‘DNA’. Kendrick was rocking a baggy black suit, shades, and some fresh dreadlocks.

Some famous faces showed up to see Kendrick perform at his concert. UFC star Conor McGregor, supermodel, Naomi Campbell, and Blackpanter actor, Winston Duke. Campbell was flexing on her Instagram story videos of the concert.

No new music from Kendrick

Kendrick Lamar decided not to perform any of his new music at the concert. We believe he is saving it for later in the week when he performs at Italy’s Milano Summer Festival on June 23rd. Following this concert, he will be performing at Glastonbury in the United Kingdom on June 26th.

Anderson. Paak, also from the West Coast took the stage at the Spotify concert. Spotify Beach concert will run through June 22nd. Post Malone, Dua Lipa, and The Black Keys are some other notables that will be performing.

Kendrick Lamar and Spotify have been teaming up a lot lately on various projects. Spotify and Kendrick just wrapped up a mini-documentary about Kendrick’s trip to Ghana. The film is very short just being 4 minutes long. The film shows Kendrick reflecting on his new album, the passing of Virgil Abloh, and therapy.

What’s to come for Kendrick

Kendrick Lamar is gearing up for his massive ‘Big Steppers Tour’. The tour stretches across North America, Europe, and Oceania. The tour ranges from July all the way through December. Kendrick Lamar’s concerts get underway on July 19th in Oklahoma City. His fellow pgLang artists will join him, Baby Keem and Tanna Leone.