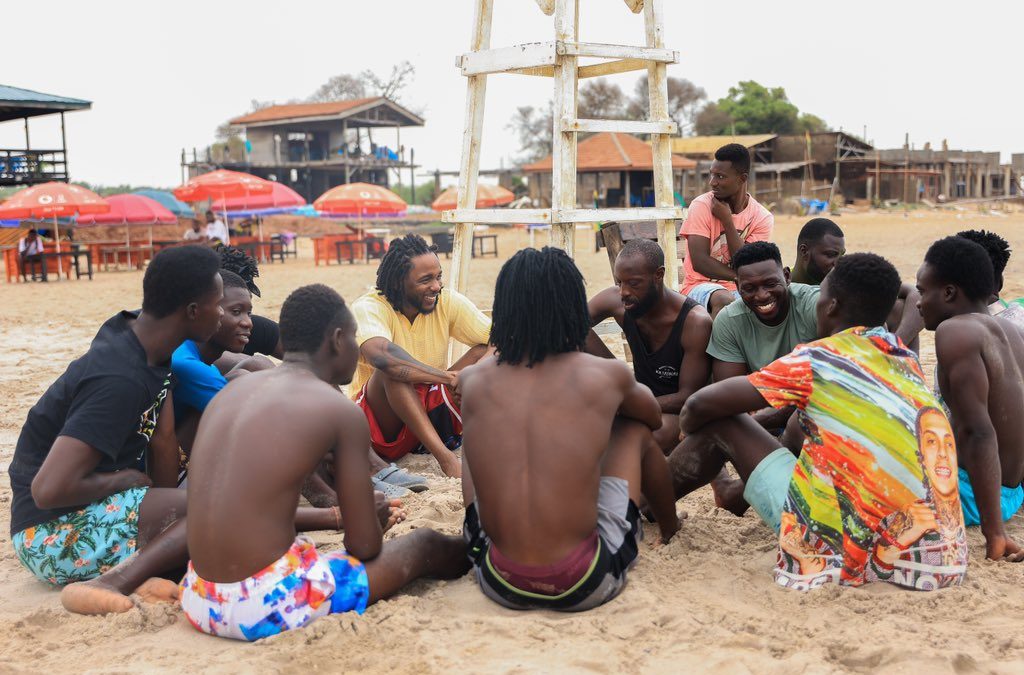 It had been over five years since Kendrick Lamar released a new album until his latest release of “Mr. Morale & The Big Steppers” Friday, May 13th. Kendrick Lamar celebrates new album by playing soccer over in the streets of Ghana. Ever since the album dropped, he has been hanging out with the people of Ghana. The video shows they are playing in the street.

When the news broke that Kendrick would be playing soccer at this location, the place filled up. He was repping a yellow shirt with red shorts with cameras everywhere logging his moves.

The Ghana boys from Jamestown got to snap a picture with the iconic rapper following the game.

Kendrick Lamar has been coming out to the public more in recent months. First, he was spotted at Dodger Stadium last month after announcing his new album. Then, he headed over to Ghana to have a unique album release party.

Kendrick touches on many different topics in his new album “Mr. Morale & The Big Steppers.” Some examples are Kyrie Irving and his COVID drama and transgender family members. Kendrick Lamar celebrates new album release with his people of Ghana and he enjoyed every second.

In this article:Kendrick Lamar, New Album
Up Next: