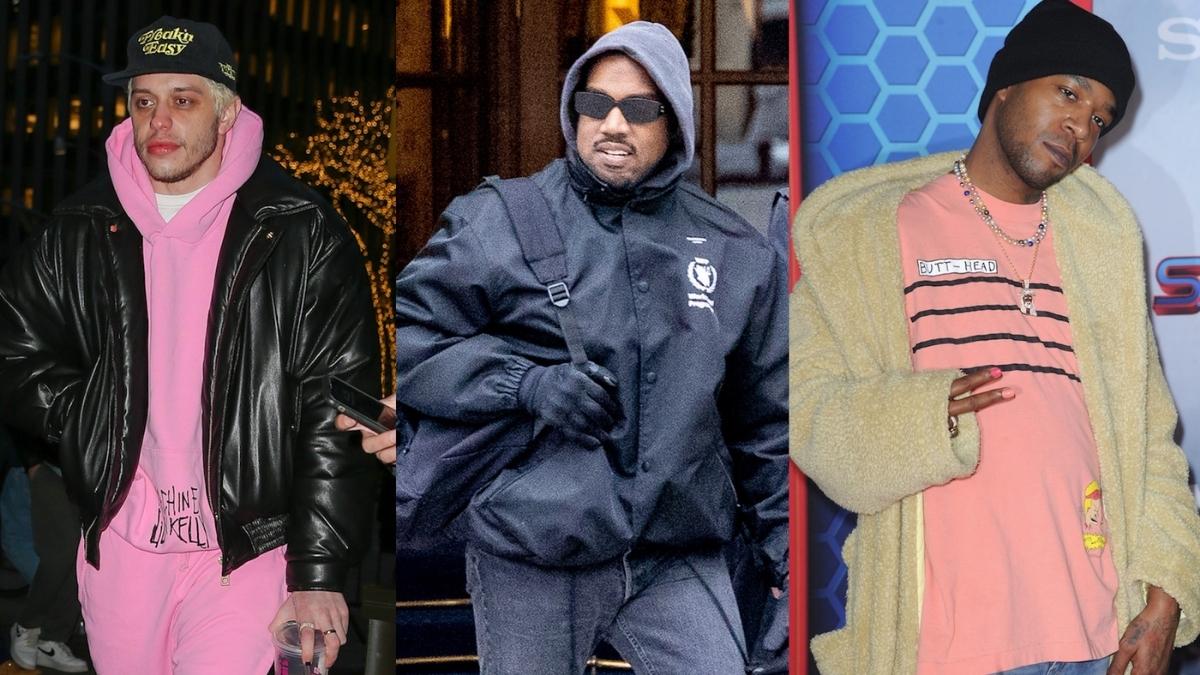 The Chicago rap icon returned to Instagram on Monday (August 8) just days after it was revealed that Pete Davidson and Kim Kardashian, Kanye’s ex-wife, ended their nine-month relationship.

On Kanye’s Instagram account, a mock cover of The New York Times was posted with the headline: “Skete Davidson Dead At Age 28″. Additionally, Kanye poked fun at Kid Cudi Davidson’s close friend. Cudi stormed from the stage at Rolling Loud Miami last month after objects were thrown at him. Kanye, who pulled out of the festival for unknown reasons, was replaced by Cudi as a last-minute headliner. “Kid Cudi meant to play funeral but fearful of bottle throwers,” the newspaper stated in small print.

The feud against both men that began earlier this year continues with Kanye West’s Instagram post.
Kanye depicted Davidson’s decapitation in his “EAZY” collaboration with The Game after Davidson began dating Kardashian last October, calling him “Skete” on social media repeatedly.
Kanye publicly removed Kid Cudi from DONDA 2 over perceived disloyalty due to his relationship with Davidson.

“I JUST WANTED MY FRIEND TO HAVE MY BACK. THE KNIFE JUST GOES IN DEEPER,” he wrote on Instagram in February. “THE REASON I ASKED CUDI TO AT THE LEAST SPEAK TO SKETE IS BECAUSE FOR YEARS CUDI ALWAYS MADE IT SEEM LIKE IT WAS ME AND HIM AGAINST EVERYONE. NOW THAT IM FIGHTING FOR MY FAMILY HE NOT BY MY SIDE THIS IS BIGGER THAN MUSIC.”

The Cleveland, Ohio native replied by calling Ye a “fuckin dinosaur”. Cudi then accused him of “flipping scripts” and posting lies just for a look on the internet.” Later, he said no more collaborations would be made with the former G.O.O.D. Music boss.

In March, Kanye West’s Instagram account was suspended for his attacks against Davidson and others. Citing the platform’s hate speech, harassment, and bullying policies as the reason for the suspension.

In this article:Kid Cudi, Kim Kardashian, Pete Davidson, The Game
Up Next: