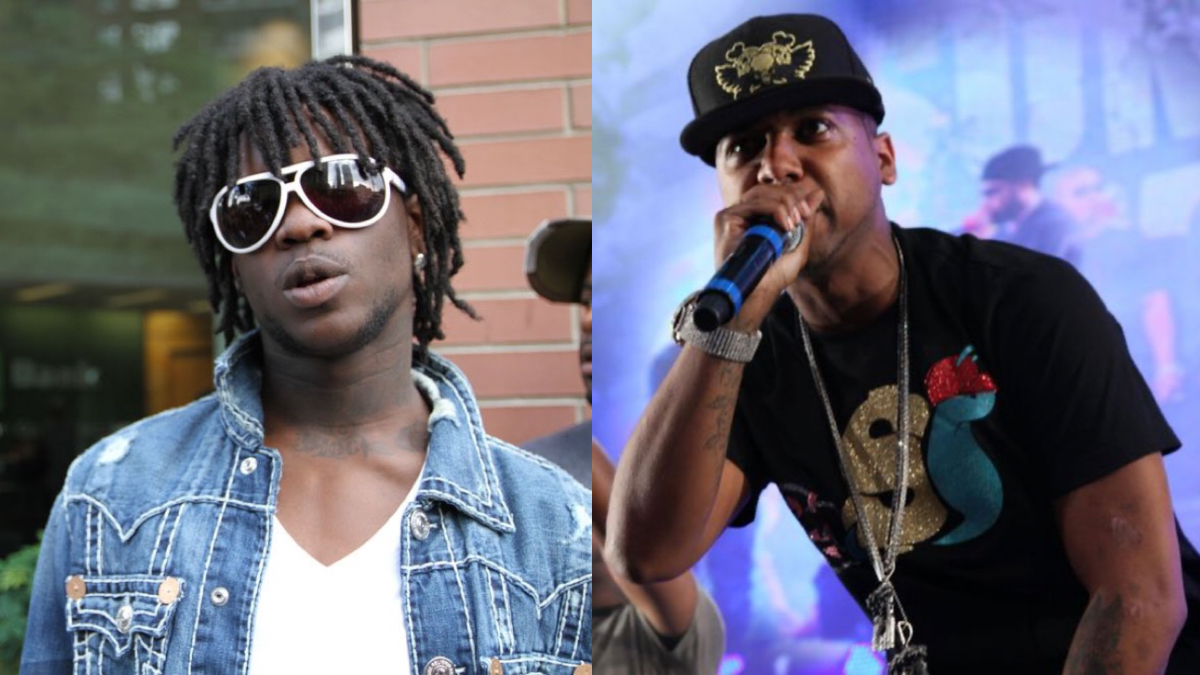 Earlier this summer Juelz Santana gave Chief Keef his flowers, and now the two rappers have teamed up for a studio session.

Linking Up In The Studio

Following Chief Keef’s Friday night performance at Rolling Loud NYC, footage of Sosa and the Dipset rapper collaborating in the studio appeared over the weekend (September 23).

The Chicago drill pioneer maintained his customary stern demeanor in the video as Juelz Santana ramped it up and busted out some dance steps while Keef’s “Kay Kay” was playing loudly over the room’s speakers.

Giving Credit When It’s Due

Back in July, Juelz Santana dubbed Chief Keef “the G.O.A.T.” on Instagram for pioneering drill music all over the world.

The acclaimed 2012 album Finally Rich by Keef was being listened to when Santana shared a picture with the caption: “THE DRILL [goat emojis] @chieffkeeffsossa… GIVE HIM HIS FLOWERS… LIKE IT OR NOT BOY CHANGED DA GAME…”

Santana has already presented Chief Keef with flowers. Juelz questioned his Instagram followers in 2017 about whether Finally Rich was a classic for the new school, he did something similar.

“I could b wrong but 4 the new generation this had to be a classic…I think so… What y’all think.. @chieffkeeffsossa,” Santana wrote.

The Harlem rapper has recently been quite active in the studio. He released the Heatmakerz-produced song “Whitney” earlier in September. It samples Whitney Houston’s rendition of Dolly Parton’s “I Will Always Love You.”

Not Everyone Agrees With The G.O.A.T. Statement

Not everyone agrees with Juelz giving Sosa his flowers. Charlamagne Tha God was hesitant to include Chief Keef on his Mount Rushmore of influential rappers.

“I’m not going to say the order number, but there’s four: Kanye [West], JAY-Z, [2]Pac and [Lil’] Wayne,” Charlagmagne said. “The four most influential rappers of all time.”

One host asked about Chief Keef, to which Charlamagne replied: “No, you know why I don’t put Chief Keef in there? Because Chief Keef didn’t influence the world, he influenced a sound of a region. Those four people I named literally influenced people all over the world.”

In this article:Cheif Keef, Juelz Santana
Up Next: