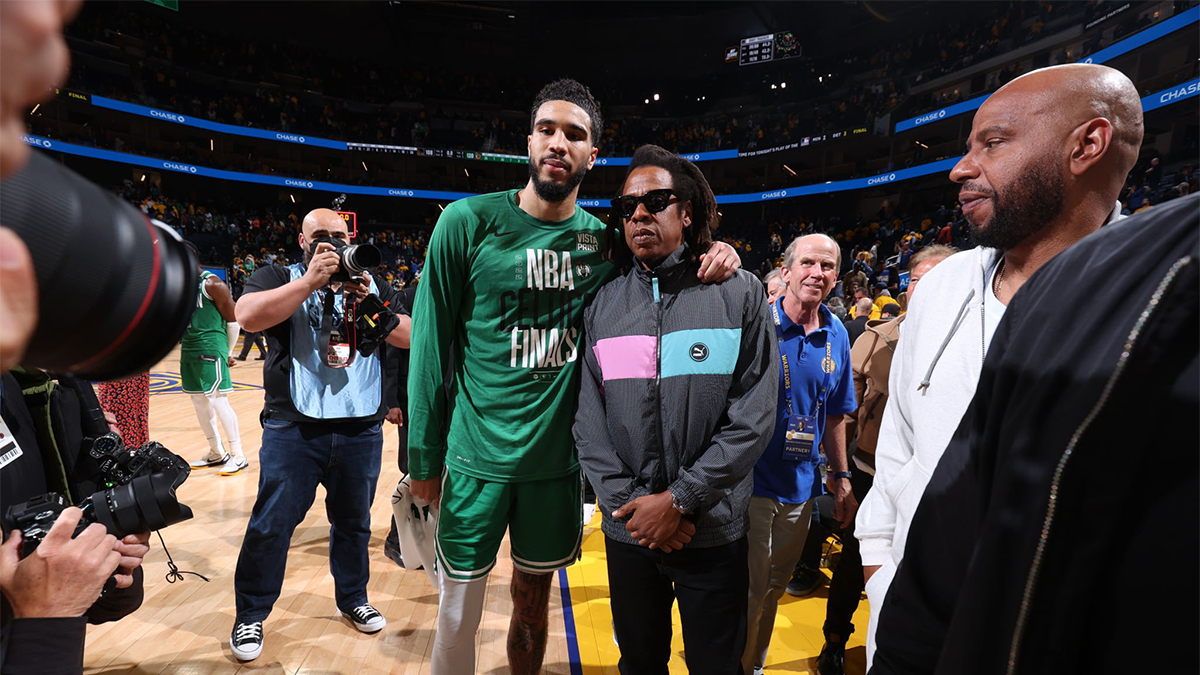 Jay-Z was spotted at the first game of the 2022 NBA Finals as the Boston Celtics and Golden State Warriors battle for the World Championship Title.

On Thursday, June 2nd, the Celtics took the win in Game 1. Despite being down 15 points in the second half of the game. The final score was 120-108. Jayson Tatum, known as the star of the team, ended with 13 points, 13 assists, and five rebounds.

However, Hip Hop Legend Jay-Z proceeded from his NBA Finals courtside seat to show love to Tatum after the game. The two stars were seen taking a picture together directly after their conversation. The photo of Tatum and Jay-Z was posted on the official Instagram page of the NBA.

Also some other notable figures were seen at the championship game, including E-40, MLB legend Barry Bonds, Spike Lee, and Gary Payton.

Jay-Z’s acknowledgment of Tatum meant a lot to the ball player, as he is a massive fan of his music. This can be confirmed from his Twitter post back in April. Lastly, the tweet praised some of Hov’s verses on Pusha T’s Album, “Neck & Wrist.”

Jason Tatum even believes that Jay-Z has the best rap album of all time. Also, in response to a tweet by Tidal in late 2020, the famous athlete called The Black Album by Jay-Z “the greatest Hip-Hop album ever.”

Finally, on Sunday, June 5th, the second game of the 2022 NBA Finals will be played at Chase Center. The Boston Celtics will take it home on June 8th, as game three will be at TD Garden.

In this article:Jay-Z, Jayson Tatum, NBA, NBA Finals, Sports
Up Next: