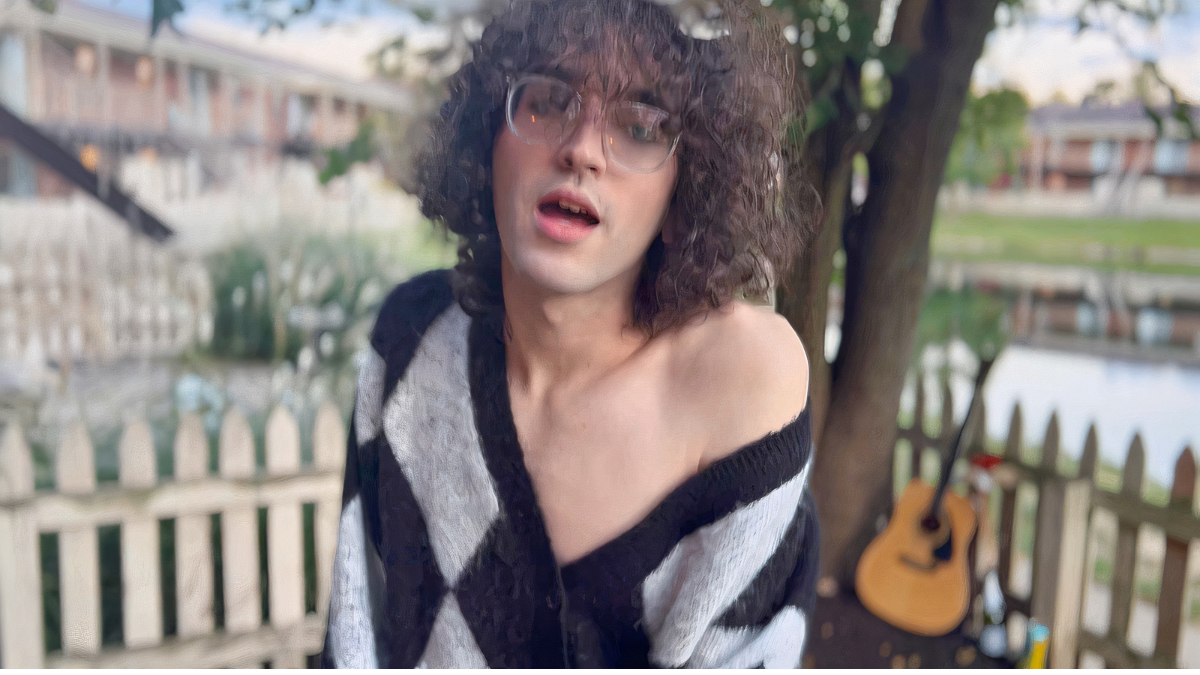 Growing up in the small town of West Lafayette, Indiana, Herschel (Real name Camden Cotton) always knew that he was destined for greatness. He came from a strong musical background with his mother being a choir director and his father a band director. At ten years old he started writing music and memorizing lyrics, going as far as to memorize “Ice Ice Baby” and perform it in front of his family and friends. Years later he’d enroll in college where he majored in graphic design however, was not able to graduate due to substance abuse and personal issues surrounding his upcoming senior year. Though this outcome would have been crushing to others, he remained thankful for the time and experiences he had throughout his college years.

The Inspirations Behind The Sound

Herschel’s musical inspirations stem from artists such as Lil Peep, Tobi Lou, Khary, Frank Ocean, and Sewerperson with an emphasis on Lil Peep and Frank Ocean. Looking up to mainstream artists as such has always been an inspiration for Herschel to push himself to develop a strong relationship with his audience and to create relatable content so that his fans can fall in love with his music as well as himself

When it comes to artists that Herschel aspires to collaborate with in the future, Glaive, Ericdoa and Midwxst are at the top of the list. He admires the contribution they’ve made to the hyperpop genre and hopes to continue the contributions by adding his own style and swagger to their sound.

Herschel is currently an independent artist however he is still managing to make waves throughout the music industry. Over the last few months, he has been blending different genres and plans to push out dozens of new songs over the course of the next few months. His favorite of the lot being a song titled “Act Out” which is set to be a breakout hit. Make sure to keep up with everything Herschel by following him on Instagram here and be sure to stream his current catalog below.