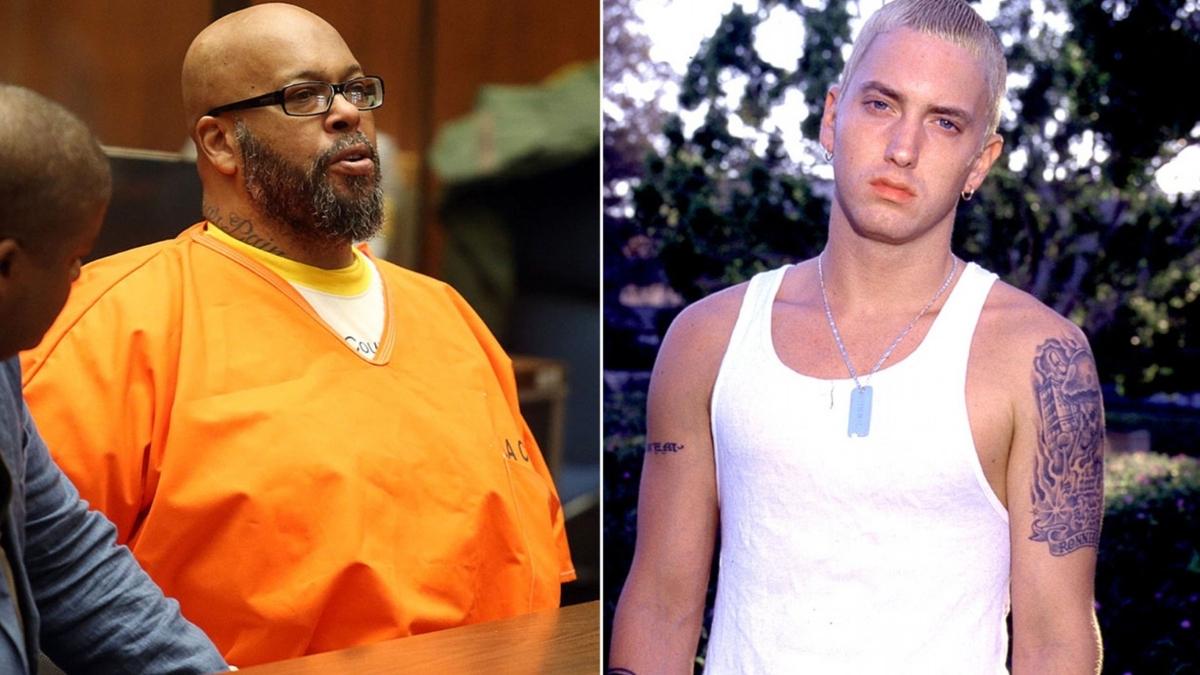 The Queens native claims that the previous CEO of Death Row Records reportedly attended the filming of 50 Cent’s “In Da Club” music video. Bang Em Smurf alleges that Sha Money XL called him to inform him that Knight was on the set at the time he was getting his hair trimmed while smoking cannabis.

“When Suge came up, I ran inside first ’cause I’m getting a haircut and shit at the time,” Smurf recalls during the interview. “I’m all the way back in the trailer getting a haircut and shit, so Sha Money XL call me like, ‘Yo, Suge on the set!’ I’m getting a haircut; I ain’t hear him right. We smokin’ Cali [inaudible] so I’m super high. I hung up on the n-gga ’cause I’m thinking he tellin’ me rush back to the set like they ready to shoot. My phone ring again. Sha Money again like, ‘Yo, n-gga Suge Knight is on the set!’

“I threw the cape off and shit. We all runnin’ and shit ’cause it’s a big ass L.A. studio […] I see Ace and Ace seen Suge first, too. I’m starstruck at the time ’cause this is my first time seeing Suge […] I had to shake that off though like, ‘Oh shit, I ran passed him like I’m about to kill you n-gga.’ So I ran inside like, ‘Yo, Suge outside. What do you want me to do? Blow his head off? ‘Cause my Connecticut n-ggas was there, too. My n-gga Dream. He do armed security for Fab right now. So if I’m lying, y’all can ask Dream and my n-gga Big Vic.”

Bang Em Smurf was prepared to murder Knight but was advised to have restraint. He confessed that he was “hyper” at the moment and ready for anything.  He claimed his violent mindset was due to his belief that he could justify it as self-defense given Knight’s standing in the rap scene.

“I ran to the side, like, ‘Yo, this n-gga Suge outside. What do you want me to do? Blow his head off?’” he continues. “Because I already knew if I blew Suge head off, I’m playing like I’m scared for my life, ’cause remember Suge had that image already, so I knew if I killed him I would’ve done like five years. That’s nothing and I would have been playing like I was scared for my life. This Suge Knight.”

Smurf reached for a 2 x 4 but was instructed to put it away. Unphased by Suge’s presence, Smurf addressed Knight by saying, “Yo, Suge. What’s poppin?!”  just to make sure Suge knew he wasn’t scared.

“He blowin’ on a cigar and shit, took three pulls, blew that shit in the air, dropped the cigar on the floor and then stepped on it,” Smurf says. “[…] After that, them little Mexican n-ggas were scared. They see all these New York goons like what’s poppin’.”

The information provided by Bang Em Smurf about Knight attending 50 Cent’s video filming is accurate. During a June interview with Math Hoffa, D12 rapper Bizarre recalled Knight arriving with a team of “30 Mexicans.”

“It was like a standoff,” Bizarre explains. “I know it sounds like a fucking made-up movie but it’s really true. We was shooting the ‘In Da Club’ video and somebody said, ‘Suge Knight here!’ And I was at the bar, gang was there…and they stopped and Suge came in with 30 Mexicans like you said, which is weird. And I just remember … Smurf or 50 was like, ‘What’s up man? Whatchu wanna do?’ Suge looked at him and he took a puff of his cigar, and he blew it out and he did like this and he left. Just some LA-type shit, intimidation-type shit.”