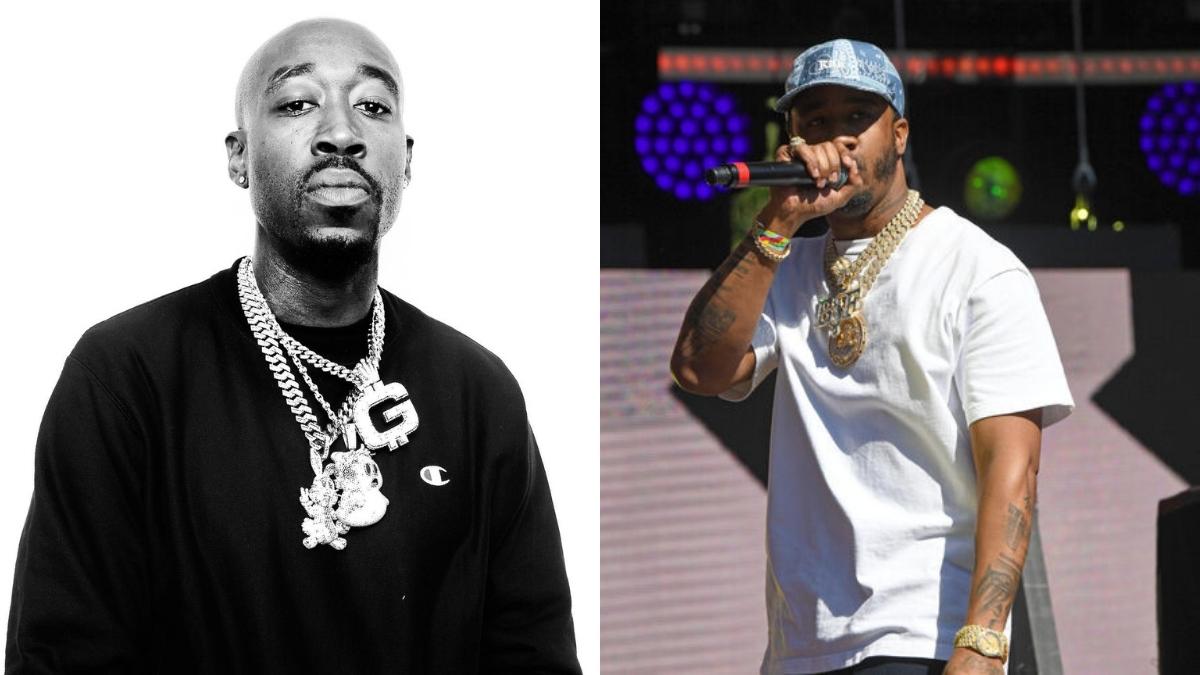 In the past few years, Freddie Gibbs and Benny The Butcher‘s relationship has taken a full 180 degrees from plans for a joint project to a chain snatching. After Gibbs called Benny The Butcher out on getting his chain robbed in Houston, the tension between the two began to simmer. The duo worked together on projects like “Frank Lucas” and “One Way Flight,” but tension began to build after Gibbs threw shade at the rapper.

During Gibbs’ tour date in Buffalo this spring, Benny The Butcher turned the tables on him. While performing, Gibbs saw his chain get snatched and continued to perform with a ski mask on. Benny seemed to provide proof that he had actually obtained his chain, even though Gibbs doubted it.

A fan spotted Gibbs’ E$GN pendant as Benny shared a video of his chain collection that needed cleaning. A day earlier Gibbs showcased his jewelry while asking fans which rapper has beef with him. This was seen as a possible dig at Benny.

Freddie Gibbs Does Not Hold Back

Gibbs unleashed on Tana Talk MC after watching Benny’s video. He said that Benny flexed the E$GN chain without throwing any punches. Gibbs posted on Instagram with a laughing emoji, “Benny gay ass need to stop flexing because he was there and didn’t throw a punch”. According to Gibbs, the moment his name is mentioned in a rap, he’ll unpack his “sealed plea agreement” against Benny.

Gibbs said, “Hoe ass n**as did all that brought a camera man and all for promo. Still can’t pack a room. Go head rap about me so I can start talking about these sealed plea agreements and shit.”

As Gibbs heckled Benny about his shooting, he said, “Ok Imma stop talking about these police ass n***as I don’t want a RICO case.” Lastly, he said, “Get ya medicine.” Take a look at the exchange in a post shared on Instagram below.

In this article:Benny The Butcher, Freddie Gibbs
Up Next: