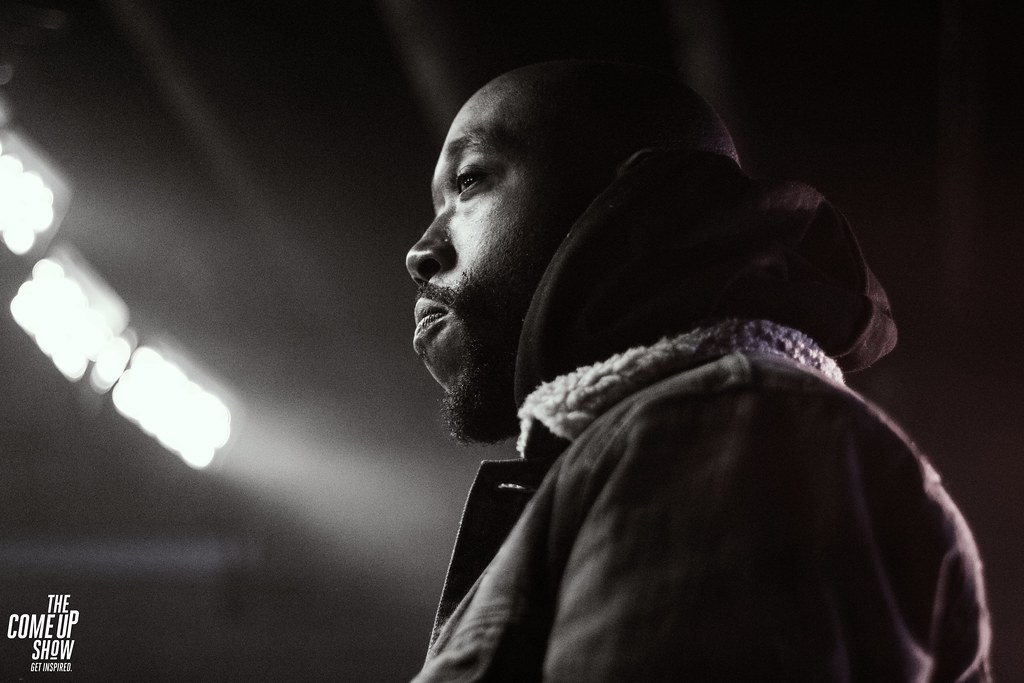 Before taking the stage in Buffalo, New York, Freddie Gibbs got into a massive fight this past weekend. The whole altercation was caught on video.

The fight took place at Dinosaur Bar-B-Que in Buffalo. You can see a man in a green shirt right in the thick of things in the video. That man happens to be Freddie Gibbs.

As you can see, punches and kicking are being tossed around everywhere. It shows that Freddie got taken to the ground. Then he gets up and continues the fight. After that, items start to get thrown in from the outside.

The video does not show why the fight started. However, there are rumors on social media floating around that Freddie Gibbs and Benny The Butcher have some beef dating back a few months.

That same night, Freddie Gibbs took the stage at Town Ballroom. He was repping a fresh new shiner and a swollen eye.

Finally, some other rumors circled that he got his chain snatched in the fight. However, Freddie Gibb’s girlfriend ensured that did not happen on a video she posted on Monda, showing him in a jewelry shop with some bling.

Even with Freddie Gibbs getting into a fight hours before his performance, he still crushed the show.

In this article:Buffalo, Concert, Fight, Freddie Gibbs
Up Next: