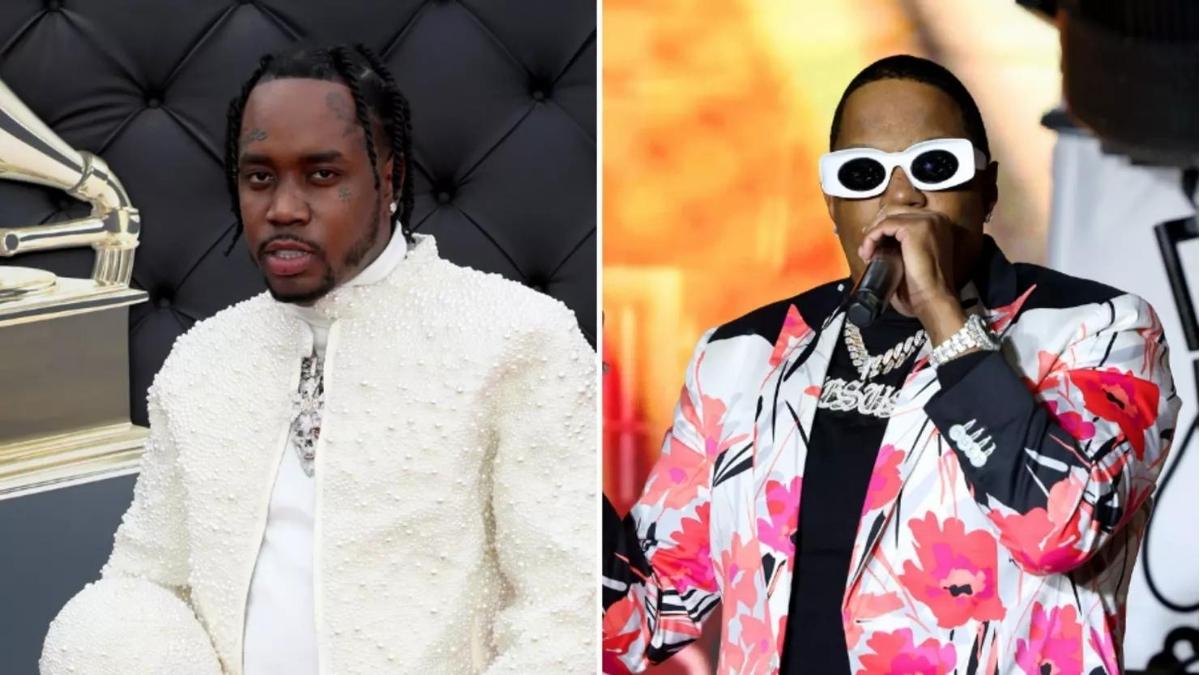 It is always nice to have friends who have your back, especially if you are a multi-millionaire rapper navigating the perilous and often backstabbing music industry. Fivio Foreign’s friends are perfect for the part. Ether Da Connect, a friend of the “Big Drip” rapper, posted a phone conversation he and a few friends had with Ma$e. The legendary Harlem rapper is rumored to have swindled the drill rapper with a faulty $5,000 deal.

Did Fivio Foreign Take a Bad Deal with Ma$e?

The “City of Gods” rapper recently appeared on Million Dollaz Worth Of Game, where he revealed that he is locked into a $5,000 contract with Ma$e. Ma$e responded a week later on the same podcast, calling these claims “reckless” and claiming that he actually gave Fivio $750K. He also referred to himself as “Diddy 2.0.” Many factors could have contributed to this fead. One factor includes Fivio’s relative inexperience in compared to Ma$e’s decades in the rap business. Another factor is the changing landscape of contracts and collaborations in the streaming age. A third factor could be the alleged pressure that Fivio felt to sign in the first place.

In any case, Ma$e’s entourage has also accused Fivio of twisting things around. One of Fivio’s friends asks “Ma$e, “How much you playing me, bro?” Ma$e responded, “It don’t matter how much I’m playing you.”

Ether also stated that they have the entire conversation recorded. This implies that the contract saga is far from over. What is worse, according to Fivio, is that the money didn’t last more than two weeks.

Ma$e also has a long-running feud with former Bad Boy Records mogul, Diddy. While Fivio is no longer in pain from the deal, there is hope his exposure will result in retribution.

The music industry has always made the game difficult for artists to navigate. Let’s hope artists can find ways to not be taken advantage of in the future.