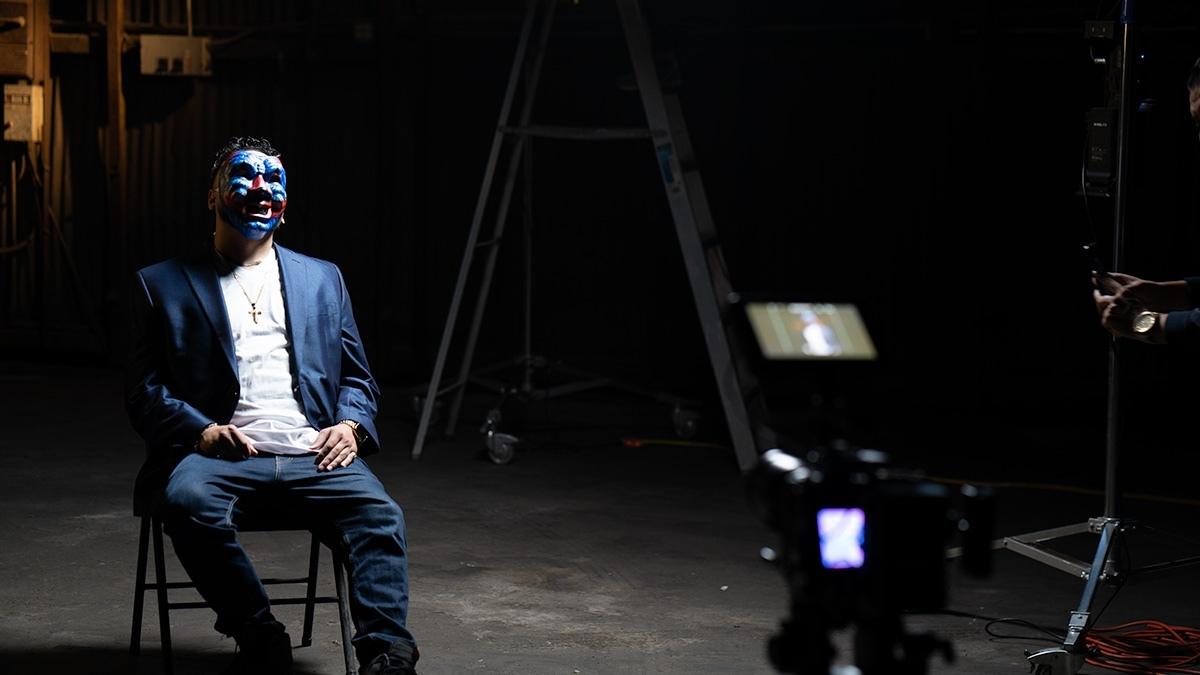 Rene Alvarado, aka, FACEvsIT was born in the heart of Los Angeles with origins from Ecuador. His family background allowed his love for music to develop. From his family parties listening to Spanish music, to his uncles showing him groups like Rage Against The Machine, Red Hot Chili Peppers, Eazy E, and NWA. He later fell in love with the poetic skills of Tupac. This inspired him to develop his own art of poetry from his friend known as Smurf, FACEvsIT opened his eyes to hip hop and began his journey as an artist.

Growing up in West Adams Los Angeles, FACEvsIT dealt with a lot of adversity in the streets. He had to endure things like getting jumped, stabbed and shot at for many years. He doesn’t regret living in LA but does want people to listen to his music and know what it’s like growing up as a Latino in the area. FACEvsIT plans to give his listeners an insight into his perspective and connect with him in the process.

FACEvsIT is a person who hasn’t and never will take ‘no’ for an answer. He’s been climbing his way through the industry ever since he decided to take himself and his music seriously. FacevsIT believed enough to take himself out of the streets. He has toured in Europe as well as all over the United States. FACEvsIT was asked to rap on ‘Sway in the Morning’ on Shade45, having his music played live for all to hear. He built himself a following and fan base in process and took to social media to continue his journey. FACEvsIT’s MMUpClan is currently partnered with Merchan Media Productions. Working with his label,Face plans to one day work with many artists like Eminem and Breal.

FACEvsIT completed and released his first solo project ‘3FAC3S’ on July 11 with production by EP the Dreamer, WILLIS, Boomerang Kid Beats, and Neptoon 8081. The name comes from the Japanese proverb. “They say you have 3 faces. The first face you show to the world, the second face you show to your close friends and family, and the third face, you never show any. It is the truest reflection of who you are.”

The music scene has been ready for someone like FACEvsIT. He captures the authenticity of life in Los Angeles and the experience of Latino culture all at the same time. The 9 track project encompasses a unique style, showing off the poetic inspiration and smooth delivery he possesses. Dive into the experience yourself, follow FACEvsIT on Instagram here and stream his project on Spotify:

In this article:FacevsIt
Up Next:

Artist Extra Solidifying His Spot In The Music Industry