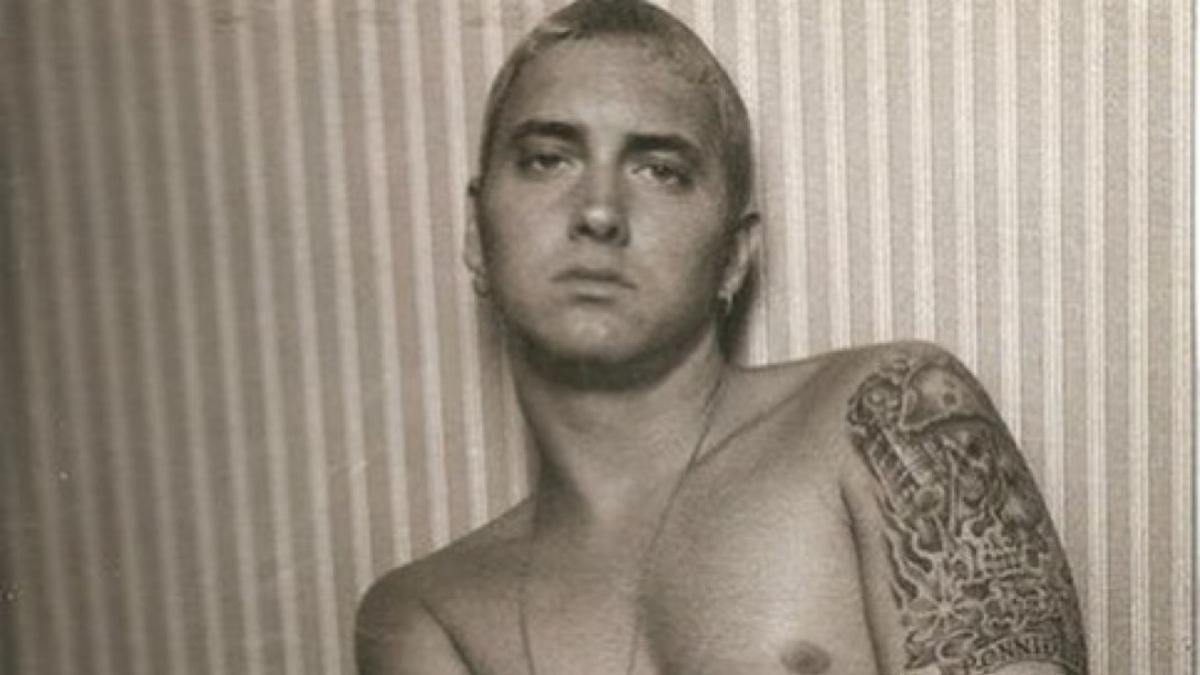 Eminem recently shed light on some of the struggles that he faced while trying to get a record deal in his early years, revealing that he was struggling with depression before he made it big.

“All I ever really wanted to do was to be a respected MC,” the rap legend told XXL. “To make enough money to survive, so that I wouldn’t have to work a regular job. That ties into my competitive spirit, and I don’t know when that’s going to go away, if ever. That’s probably my biggest weapon mixed with lyricism.”

Em continued: “Before any of this happened, before I signed to Dr. Dre and Interscope, I remember having this conversation with Royce (Da 5’9). We had somebody at this Hip Hop label who said they wanted to sign me when I was working with the Bass Brothers. I made three or four songs, and we gave it to this guy. Then we found out that he worked in the mail room and he wasn’t really who he said he was.”

Eminem Was Depressed During The Come Up

He continued by stating the betrayal was the last straw for himself. At that moment he had lost any and all hope of ever becoming a successful artist.

“I was at the lowest point. I didn’t even know what I was going to do because it didn’t look like it was going to happen,” he said. “I’m 24 years old and I got a baby to take care of and all I want to do is rap, but it didn’t look good. I was super depressed.”

He added: “So, Royce and I are having this conversation. We loved Redman. To this day, love Redman. Huge fuckin’ fan. And we had this conversation and I said, ‘Man, Royce, if we could just go gold, man. Think about Redman. He’s got so much fuckin’ respect. It doesn’t have to be any of that other stardom shit.’

“That conversation just always sticks with me because as shit started happening, I’m thinking, This is next-level shit. And I never expected it. There are a lot of building blocks and things that had to fall in place for things to go the way they did for me and if you take one of those pegs out, the whole fu*kin’ thing would’ve fallen down.”

Insight On The Early Years

As the story goes, Eminem first gained notoriety in his hometown of Detroit by participating in competitive battle raps. He would eventually sign with Jeff and Mark Bass’ F.B.T. Productions. Fast forward to 1996, he released his debut studio album titled Infinite which would turn out to be a massive flop that gained to attention amongst the DJ and radio community.

As a result from this failure, Em created his Slim Shady alter ego. He would use the persona to craft much more violent and menacing rhymes. He then went on to release the Slim Shady EP in 1997 which was written about by The Source and would eventually get on the radar of Interscope’s Jimmy Lovine and Dr. Dre, who signed Em to Aftermath in 1998.

Em has given many reflective interviews since the release of his latest release, a greatest release compilation titled Curtain Call 2, which showcased a collection of songs from his Relapse days from 2009 up to 2020’s Music To Be Murdered By.

During an interview with his longtime manager Paul Rosenberg on his new podcast titled Paul Pod: Curtain Call 2, the pair shed light on a sensitive subject from Em’s life: his 2007 overdose that nearly took his life.

“It took a long time for my brain to start working again,” Em admitted. Paul replied: “I mean, you literally were coming off of an overdose. They had to sort of stabilizing you with a few medications. And some of them took you a minute to adjust to – let’s just leave it at that.”

In this article:Eminem
Up Next: